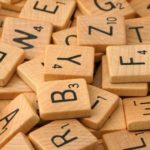 In today’s day and age, it is almost trite to talk about the power of words. Trite, because unless you’ve been living under a rock, this generation can communicate the most trivial of things to the farthest reaches of the world in the blink of an eye. 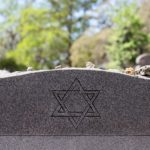 Most people I know would say that death is frightening. While Judaism has notions of afterlife, these are not emphasized.  However, we do have extensive literature on the mourning process.

In Australia we speak of “Eureka!” moments: moments when something crystallizes in the mind, when vague thoughts that have been floating about suddenly come together to provide an insight that wasn’t there previously. I had this kind of Eureka! moment as I sat down to prepare the drash on this week’s sidra Beshalach. I realized that much […]

Parashat Va’Era (Exodus 6:2–9:35) continues God’s revelation to Moses begun at the Burning Bush. The parasha opens with what, for the Torah, is a lengthy monologue (6:2-6:8), in which God tells Moses six distinct things

I have always found Jacob to be the most fascinating person in the Torah. There is really no one else quite like him; he is a complex and devious character even in utero who endures a life of challenges and disappointments and is changed by them.

We were once called Hebrews during the time of Abraham, Sarah, Isaac and Rebecca. After Jacob got his name changed to Israel and moved to Egypt, the people were called Israelites. This continued for the entire biblical period until Rome ruled over an area it called Judea when we were called Judeans. There were a few instances of the word Yehudim–Jews used in the Book of Esther but not enough to make it a historical reality.

Global studies show that girls are significantly less likely than boys to believe in their own ability to make their dreams come true. And our tradition, passed down by a male dominated society, often silences the voices, hopes and dreams of women. We don’t hear their stories enough in our traditional texts.

December 2012, Rosh Chodesh, the Kotel. It’s the moment the policewoman pulls me aside because I am wearing my tallis. I say to her, “This must be incredibly hard for you to do.” (She looks back at me puzzled). Many hours later, after being interrogated and finally released from the Old City police station, concerned friends ask, “Were you afraid?” I was not. Since then, I’ve thought a good deal about what makes me afraid – and what does not.

When talking about this week’s Torah portion, one often finds oneself discussing the question which shouts from the pages of the Torah – “what could possess a parent to sacrifice their child”? Those who are familiar with the portion will assume that this would be in relation to the famous story of the binding of Itzhak, but on closer inspection, this week’s Torah portion actually talks of four children whose parents seemed willing to sacrifice them for some greater good.

The Torah portion this week is called Lech lecha, which, loosely translated, means get going! God commands Abram to leave his birthplace and go to a new land that God will show him. In the first three verses of this portion, (Genesis 12:1-3) the word bracha, meaning blessing, appears five times.

Please fill out this form to share "When God Says ‘Get Going’ | Parashat Lech Lecha" via e-mail.