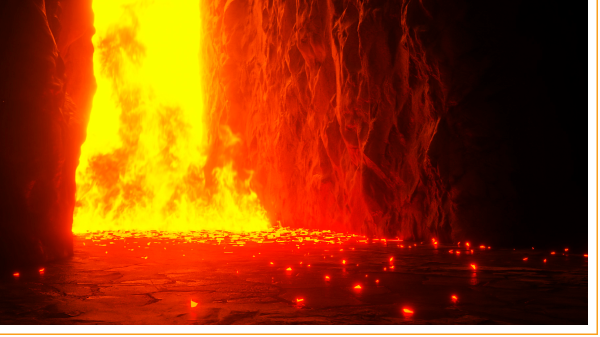 This week we begin our reading of The Book of Numbers, known in Hebrew as Bemidbar, “In the Wilderness.” By contrast, the English name, Numbers, derives from the Greek translation (Septuagint), which titled the book after the censuses about which we will read in the first four chapters of the book. The book opens with a census being conducted in the Wilderness to count all the men of Israel age 20 and over – those who are eligible to bear arms.

Since May 24, our national attention in the United States has been trained on the latest mass shooting in Uvalde, TX. Wherever we may live, those of us on Facebook and similar social media sites most probably have seen a variety of lists that have made the rounds of these sites. One such list mentions the names of the 19 young children and 2 teachers who were mercilessly slaughtered on May 25 at Robb Elementary School in Uvalde, Texas, by a deranged 18-year-old with an AR15 assault rifle. (Just as an ironic point of interest, please note that the minimum age of bearing arms in this census in Bemidbar is 20 – a text written some 2,500 years ago.)

Additional lists name American schools, numbers of people killed, and the overwhelming preponderance of these catastrophes when compared with virtually all other countries in the so-called developed world. We have spent the past several decades not only bombarded by numbers, but also in trying to process personal and national grief and devastation, as we attempt to figure out a path forward.

An observation, if I may….

Those of you who either live in Jerusalem or have visited the city, probably are familiar with an area bordering the southwestern segment of the Old City, deep down into the lowest level of craggy earth and hard rock. It is a ravine known as Gei Ben Hinnom – The Valley of the Son of Hinnom – or, more commonly, just Gei Hinnom – the Valley of Hinnom. Hinnom was probably the name of the family who either once held title to the area, or who at least had enough authority over it to establish a shrine there, at least three millennia ago. This valley was the site where Canaanite sacrificial rites took place, characterized by ecstatic rituals of passing children through fire to a statue of Molech, the underling of the chief Canaanite god, whose name was Baal. We recognize the word Molech, of course, because it is a form of the Hebrew word melech, or king. A typical Molech figure had the body of a man and the head of a bull, and it was generally seated on a throne with its arms outstretched.  Into these arms, through the sacrificial fire, would be passed innocent children, who were about to suffer a painful and horrifying death.

As we know, human sacrifice of any kind was categorically banned in the Jewish Biblical world. The prophet Jeremiah excoriates those who engage in these practices:

For the people of Judah have done what displeases Me— declares the Lord. They have set up their abominations in the House which is called by My name, and they have defiled it. And they have built the shrines of Topheth in the Valley of Ben-Hinnom to burn their sons and daughters in fire— which I never commanded, which never came to My mind. 2

Those of us with even a smattering of Yiddish have probably heard the expression “Gei in Gehenna.” It means “Go to Hell.” The word Gehenna, common to several languages, is a different form of Gei Hinnom – the Valley of Hinnom. So, of all the possible imaginings of what Hell must be like, one of the most prominent that we have been able to construe based upon our knowledge of the ancient world is Gei Hinnom – the Valley of Hinnom – the place of greatest abomination – the ritual of child sacrifice.

We in United States seem to be locked in an ongoing cycle of child sacrifice. Does this mean that we are in Hell? Obviously, it’s a speculative question which I will leave for you to ponder. But I am not willing to leave it to those of our national leaders who have sold their souls to the devil, in fear of losing support from the National Rifle Association and its followers.

Some seven years ago, in 2015, after a mass shooting at Umpqua Community College in Roseburg, Oregon, then President Barack Obama spoke to the nation, as he had had to do all too many times before. In part, he said:

“We don’t yet know why this individual did what he did. And it’s fair to say that anybody who does this has a sickness in their minds, regardless of what they think their motivations may be. Be we are not the only the country on earth that has people with mental illnesses or want to do harm to other people. We are the only advanced country on Earth that sees these kinds of mass shootings every few months…

“This is something we should politicize. It is relevant to our common life together, to the body politic. This is a political choice that we make to allow this to happen every few months in America. We collectively are answerable to those families who lose their loved ones because of our inaction.” 3

Of course, our Israeli brothers and sisters who serve in the IDF must learn how to use the weapons of war. In addition, our attention now is directed to Ukraine, and those who are fighting the brutality of the war that has been perpetrated upon them by Vladimir Putin. Few, if any, of our national homelands have been spared the agony of war at some point, either in the recent, or more distant past. But weapons of war do not belong in the hands of civilians, who in turn have brought them into our schools, our supermarkets, our shopping malls and movie theaters, our synagogues, churches, mosques, and temples. There is no earthly reason for a civilian, let alone an 18-year-old, to have access to an AR15, or assault weapon of any kind, whose sole purpose and intent is to kill other human beings.

As Americans, we owe it to our children to unlock the gates of Hell and free ourselves from the tyranny of the NRA and its supporters. It behooves us to remember those who were so brutally sacrificed to gun violence in this latest national abomination. We pray for their families and friends, that somehow, they may find even a modicum of comfort and strength to go on from this devastation, that now has changed their lives forever. But it is also imperative that our prayers move us to stand up and be counted as we exercise the power that we have, so that we can finally break this deadly and destructive cycle.

3 The full speech text may be viewed here.

Please fill out this form to share "The Gates of Hell | Bamidbar" via e-mail.