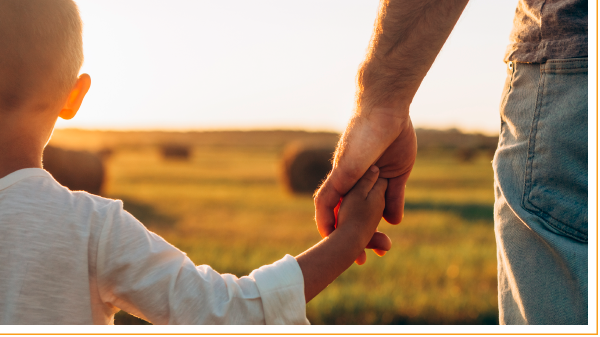 In the nature of things, in the cycle of life and barring tragic exceptions – which do occur – then a parent will die before a child. We all know of some of the exceptions, of illnesses and wars and accidents and acts of violence, but nevertheless, on the whole we assume that the rule is that the parents will create the child, will raise the child, will teach the child all that they can in whatever circumstances they find themselves, from infancy through childhood to adolescence to young adulthood and possibly even beyond. During this period there are bound to be conflicts as the child tries to develop their own personality, expresses likes and dislikes, starting with the flavor of their baby food perhaps but continuing through which subjects they are good at in school and which they are not, which music lessons they will tolerate or even enjoy, how to create their own living space with their own possessions, toys or clothes, how they will fit into the larger family framework with their aunts and cousins and of course siblings, and later will come their choice of profession or partner. Through all this period the hope is that the Love between parent and child, and between child and parent, will be strong enough to hold the construct together, but not so strong that it hinders the child’s development. Both need strong personalities and at the end it will be the strength of the parent’s personality that may well decide how the bond will be formally ended – at least in these dimensions – when the time comes to die.

One cannot describe all the possible individual permutations in one paragraph like this but hopefully the general picture is clear. In tragic cases the child dies before the parent and the parent will have to come to terms with this in some way, for this is the worst that can happen, whether the child dies as an infant or as a young adult who has perhaps gone off to war or anything in between. The reason why there are Pediatricians and Children’s Hospitals and even Children’s Hospices is because these are sometimes necessary. It should be no surprise, but nevertheless it remains, hopefully, the exception and not the rule. The rule is that at some point the parent, swallowing whatever other feelings of loss they might have, says to their child: ”Now you are old enough to go on by yourself, without me. Do not forget me but do not rely on my being there always with you. Go on and make your own life. This is what I want you to know when you go ahead and do so….”

The Bible refers many times to parents who give their offspring a blessing or some advice or try to find a good partner for them – as we can read, it does not always work out as planned! – but in the books from Shemot to Devarim we see two other fascinating examples of a form of parenthood. One is of God for the People, one is of Moses for the People. In both cases they can get very angry when their ‘child’, the People of Israel, acts foolishly or ungratefully, like spoiled teenagers. The People lacks courage to go forward, the people wants to return to the supposed comforts of their childhood when they did not have to bear any responsibility, or it rebels and wants to take over responsibility for itself without waiting patiently for the right moment; it grumbles about the food and the climate….. One can use the collective term for ‘the People’ but sometimes individuals are mentioned and even named, those who try to foment a rebellion (Korach), who complain about their father’s (actually brother’s) new wife (Aharon and Miriam), who engage in forbidden sexual relations (Zimri with Cosbi), who discourage their fellows (ten of the twelve Spies) and so forth.

But now Moses is aware that he will have to send the People on, yet not accompany them any further. After forty hard years it is time at last for them to go on ahead and leave him behind to die quietly. Not unnaturally, he is worried. Very worried. He knows the dangers better than anyone else. There have been times when God as a ‘Co-Parent’ has demonstrated impatience and violent, murderous anger or has commanded that individuals be executed for worshipping an idol or for picking firewood on Shabbat or for challenging his authority. Moses has had to intervene frequently to mediate between the two. How will this people, so to speak his children, fare now without him? He warns them repeatedly in this final collection of farewell speeches, not to forget to keep God in a good mood – it sounds a bit like ”Don’t forget to write regularly to your auntie” – ”When you get to that place, bring all the appropriate gifts at the right times!” ”Don’t forget what I told you and your own parents again and again, Don’t neglect your family duties, Don’t lose hope, Don’t forget important dates, Never forget how important Family is, Don’t fight amongst yourselves….”

None of us is wholly irreplaceable but at the same time each of us is someone special in the lives of others. Moses is here in the role of the worried father. He does not worry about his own second wife or his first wife Zipporah and their joint sons, he worries about the People because this former rabble of runaway slaves has become his family, he has molded them, raised them, disciplined them, taught them, protected and shielded them. Now he has to let them go. God had summoned him for a short-term project which, due to their fear and obstinacy, has turned into a longer, transgenerational one – but even this is finite.

Parents know that Gratitude is always in short supply and is rarely expressed, which means that when it does come it is something special. Here, at the beginning of the Fifth Book, Moses starts to expound upon where the people will be going – without him. At the end of the book, after seemingly-random bits of advice and scraps of anecdotal memory, they will set off there – indeed, without him. They will mourn him and weep for him, but then move on, under his successor. It is, indeed, a magnificent leave-taking. There is a lot here for each of us to learn.

Please fill out this form to share "Handing Over | Devarim" via e-mail.