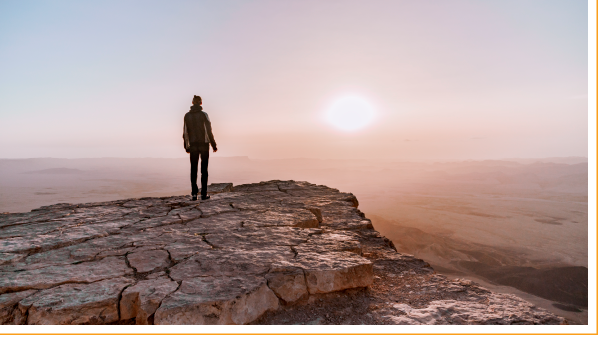 Like the four new years of the Hebrew calendar, July 1 marks a significant moment in modern Jewish life. Congregations often welcome new Jewish professionals at the beginning of the fiscal year. This first day on the job marks a major shift in the leadership paradigm, especially in the case of clergy. Our Torah portion, Chukat, comes to us just days after this point of transition and offers a timely reminder of what it means to be a leader in the Jewish community.

Chukat begins in the first year or so following the Exodus but then skips some 38 years to focus on major events facing the Israelites near their journey’s end. It is a dramatic portion. Iconic leaders fall. Miriam dies. Aaron dies. The Israelites agitate and push their leader a bit too far. Moses loses his temper and, subsequently, his opportunity to lead the people into Canaan. While mourning his sister and his brother, as well as his hopes of seeing the Promised Land, Moses is now left with unwelcome retirement and succession planning.

This section touches upon real and modern complexities of leadership. I believe that, if asked, Moses would be the first to say that it is hard to be a leader of the Jewish people. During Moses’ tenure he was frequently mistreated and taken for granted. The people he served argued with him and blamed him for their perceived misfortunes. Some of the Israelites demanded a leadership change. Many lost their faith, both in God and in Moses. And now, after dealing with this for forty years, Moses still has to carry a staff to prove his credibility[i].

Such was the case when Miriam died and the well dried up. The Israelites complained bitterly about their thirst. God ordered Moses to speak to a rock and draw water from it. But, in an intense moment, Moses rebuked the crowd that taunted him: “Listen, you rebels, shall we get water for you out of this rock?” (Numbers 20:10). And he angrily struck the rock instead of speaking to it. Not once, but twice.

As a faith leader, I feel for Moses. I imagine all he wanted to do was provide opportunities for the Israelites to worship and serve God, help them learn more about what God expects of them, and shape them into a self-sufficient community deeply rooted in its values. And yet, in a moment of weakness Moses lost his cool – and it cost him everything.

Some early commentators were sympathetic to Moses, but most have condemned his behavior. They claim Moses lacked faith, displayed arrogance, succumbed to impatience, and exhibited anger. Each of these could have enraged God, caused instability within the group, and cost Moses his credibility as a leader. That is not to say there is no place for righteous anger in the hearts of faith leaders. When in check, a display of anger may help others see their leaders as “authentic” or committed to their cause. But a leader is responsible for controlling their anger, even under pressure.

I have a hard time believing that anger was the cause of Moses’ punishment.  How could it be? God already knew Moses was hot-headed. In Exodus we catch a glimpse of his rage when he responds to the beating of an Israelite slave by an Egyptian. God could very well have told Moses then that he would be denied entry into the holy land because of the blood on his hands. Instead, Moses was able to become the greatest prophet in our tradition.

Perhaps God issued the harsh decree now, and not then, because God expected Moses to have evolved as a leader. Forty years ago, as a newly minted leader, he might’ve been given some slack to figure out who he was, what he was fighting for, and to develop his own leadership style. But by the time of the incident with the rock and the water, Moses had nearly four decades of service to the Jewish people under his belt. Shouldn’t he be used to dealing with these tests of authority by now? A lack of faith, abundant arrogance, and impatience might have been acceptable to a newbie, but for someone this close to retirement?

Yet, we are reminded that these were not ordinary times. Rashi explains in Taanit 9a of Babylonian Talmud that Moses erratic behavior was influenced by how upset he was by Miriam’s death. Moses had faced angry mobs of Israelites before, but never while deeply mourning. No matter how many years he’d lead his community, this was something entirely different. Had he stepped back for a moment to see the full scope of the situation, perhaps he’d have handled the situation differently.

We often question why the Israelites who left Egypt were forbidden from entering the Promised Land. The answer given most often is that it’s best to have a generation of Israelites who were born into freedom be the ones to settle the land. Israelites who only remembered the way things were and who viewed themselves as others had would always struggle to reach their potential.  I’d argue that the same could be said of their leader. Just as the Israelites were a community in need of transformation, so too was Moses. He needed to continue developing his leadership style and exploring new ways to help the people preserve their relationship with God in an ever-changing world. While his righteous anger had served him in the past, this new moment demanded maturity and self-awareness.

Being a Jewish leader requires a lifelong commitment to one’s own professional growth. It is easy for both professional and lay leaders to fall into old patterns and rely on what has worked in the past. But every situation will demand something new of us and we need to be ready to face the next challenge. For the many rabbis and cantors who are beginning new congregational positions this week and for the congregants welcoming them, may this year and the years to come offer smooth sailing through uncharted waters. May you journey together in sacred partnership, supporting one another in your personal and communal growth and transformation. May the wisdom you have individually amassed serve as the starting point to a lifetime of learning and becoming together.

Please fill out this form to share "Personal and Professional Growth is a Lifetime Commitment | Chukat" via e-mail.