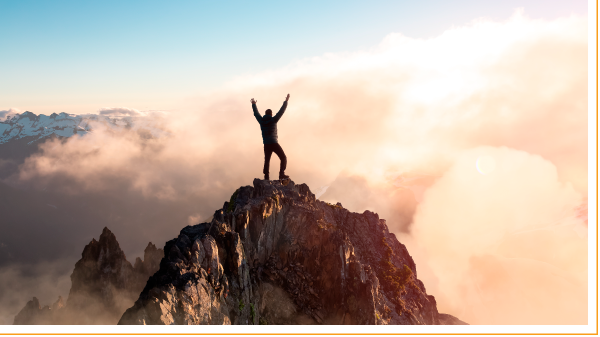 Unable to find a transgression beginning with the letter “z” for its English rendition of the Yom Kippur alphabetized list of wrongdoing, the Gates of Repentance concludes with the confession that “we…showed zeal for bad causes.”  Zeal or passion by itself is not problematic, but rather the misplaced object of this zeal. Passionate and audacious commitment to destructive, hurtful, unjust, and cruel ideas and acts are sins, not passion or audacity per se. Making sense of the title persona of this week’s parashah, Pinchas requires such a distinction. The portion, Numbers 25:10-30:1, starts with the continuation of a story from Numbers 25:1-10 at the conclusion of parashat Balak. Pinchas, we are told, receives the “brit olam” (covenant of peace), and “the covenant of priesthood for all time, because he took impassioned [zealous] action for God, thus making expiation for the Israelites” (JPS translation, adapted). Following this brief notice, the Torah covers several topics: a census of the tribes; a related issue raised by the daughters of Zelophehad regarding land distribution; Joshua’s succession to the leadership; and seasonal sacrificial offerings. Remarkably, references to the zeal of Pinchas contrast sharply with the dispassionate character of the rest of the portion.

It cannot be ignored, however, that Pinchas expressed his passion through a disturbing act of violence. As we learn from the end of parashat Balak, while the Israelites lingered in Shittim, they engaged in illicit sexual acts with Moabite women. This led to idolatry that kindled divine wrath resulting in the Israelite leaders responsible for this egregious violation of the covenant being publicly impaled. Then an Israelite male defiantly brings a Midianite woman into the Tent of Meeting in front of Moses and the rest of the Israelites, clearly for further illicit activities. Pinchas follows them into the chamber where he pierces them through the belly with one spear thrust. While this averts a plague and the Divine wrath, the visceral expression of Pinchas’s zeal deeply upsets our modern sensibilities, especially since he is rewarded for this action.

It is easy to write off our hero as a religious fanatic whose behavior defies justification. Behind such a position, however, is the unacknowledged acceptance that the Torah is not only irrelevant, but even counter to our values. Such a view fails to take into consideration the historical context of the Torah in whose world violence was normative. Over 2500 years later, we fortunately and as result of our commitment to Torah, oppose and reject this kind of violence. That does not mean that we should reject zealousness and passion.

Perhaps this was the rationale behind dividing the story between two portions, namely, to separate the reward from the act of violence. Pinchas is rewarded for his zealousness, not his act of violence. This is the tendency in later tradition. Psalms 106:30-31 makes the act vaguer and highlights his reward: “Pinchas stepped forth and intervened….It was reckoned to his merit” (JPS translation). According to the 2nd century BCE Wisdom of Ben Sira, “Pinchas…ran third in glory for being zealous in the fear of the Lord, and standing firm, when the people turned away, in the noble courage of his soul and he made atonement for Israel” (Wisdom of Ben Sira, 45:23, Annotated Jewish Apocrypha). The text goes on to recognize that therefore he received the covenant of peace and leadership of the sanctuary (similarly, 1 Maccabees 2:26 and 54). Reducing Pinchas to a model of passion who obtains the covenant of peace and priesthood represents an attempt, albeit not completely satisfactory, to value passion without validating violence. The Babylonian Talmud (Sanhedrin 82b) takes a different approach by justifying the slaying of two people to save 24,000. This reasoning is applied by the commentator Ibn Ezra on Numbers 25:13: “Pinchas, son of Eleazar son of Aaron the priest, has turned back My wrath from the Israelites by displaying among them his passion for Me (בְּקַנְא֥וֹ אֶת־קִנְאָתִ֖י), so that I did not wipe out the Israelite people in My passion” (Sefaria). The phrase בְּקַנְא֥וֹ אֶת־קִנְאָתִ֖י literally means displaying “My zeal through his zeal”. The letter nun in “his zeal”, according to the Masorah, is small. Ibn Ezra claims that the small nun in “his zeal” unlike the regular-sized nun in “My zeal” contrasts the less destructive, but sufficient passion of Pinchas with the potentially more destructive jealousy (also קנאה in Hebrew) of God when the Israelites engage in idolatry. In short, human passion is much more welcome than divine jealousy.

In a more recent approach to the challenge of Pinchas, Yeshayahu Leibowitz focuses on the apparent contradiction between the shedding of blood and receiving the covenant of peace. He argues that the presence of extreme passion and the covenant of peace in one person teaches us that “a person is not suited to act zealously on behalf of God and perform severe and difficult acts…unless the person is worthy of being a person of peace…who is at one both with God and human beings.” For the ultimate purpose of such passion is to “cause peace to dwell in the world. And if the person is not fit for the covenant of peace and to be a messenger of peace, then the person does not deserve to claim to represent Divine passion.” Whoever claims to act passionately without being genuinely committed to peace “becomes a murderer” (from Notes and Remarks on the Weekly Parashah, translations mine).

Leibowitz’s words are particularly apt today where we encounter extremism, fanaticism, and passion decoupled from peace and love of humanity. It would be simplistic to respond to fanaticism by identifying zeal as the issue rather than the object of such zeal. Addressing these challenges must not entail ceding passion and zeal to extremists. We should be wary of tepidly apathetic and “peaceful” reactions by institutional leadership to serious issues.

Pinchas teaches us not specific actions, but the emotional requirements for dealing with sinfulness and wrongdoing: passion, urgency, and a fearless willingness to hold the guilty responsible regardless of their status. Indeed, although the Israelite and Midianite are originally not named, we learn at the beginning of this week’s Parashat that the man is Zimri son of Salu, a prince of the tribe of Simeon and the woman is Cozbi, daughter of Zur, a Midianite chieftain. No non-disclosure agreement protects these elites from the revelation of their crimes. Because of this high status, nevertheless, according to Josephus, the people were afraid to oppose Zimri (Jewish Antiquities 4.150-151). Calling out people in power requires the passion of Pinchas to overcome a culture of intimidation.

Josephus’s version of the story highlights another lesson for our times. He invents a speech made by Zimri in response to Moses’s gentle efforts to encourage Zimri and his group to repent of their idolatry. Zimri defends his inalienable right to personal freedom: “…as a free man,” he may “sacrifice to gods to whom I hold sacrifice to be due, deeming it right to get at the truth for myself from many persons” (Jewish Antiquities 4.148-149). His passion for his individual right to make unjust, unethical, and unholy choices can only be countered by Pinchas’s passion for justice and holiness. The response to a world where we encounter zeal for bad causes is zeal for good causes for the sake of peace.

Rabbi Matthew Kraus | Head of the Department of Judaic Studies at the University of Cincinnati, Ohio, USA

Please fill out this form to share "Zeal for Good Causes | Pinchas" via e-mail.