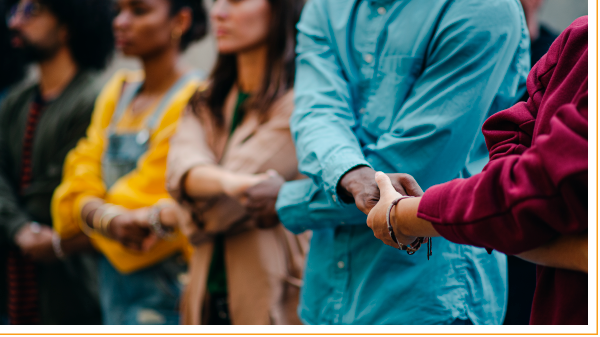 “The ground under them burst asunder, and the earth opened its mouth and swallowed them up with their households, all Korach’s people and all their possessions.” (Numbers 16:31-32)

Rebellion sure does get a bad rap in the Torah.

Perhaps the condemnation was well-deserved. After all, Korach gathered two hundred and fifty well-positioned leaders of the Israelite community to challenge Moses and Aaron’s leadership. “Why do you raise yourselves above God’s congregation?” they railed. (Num. 16:3)

Midrash Tanchuma (Korach 4) blames it on nepotism. “If you have taken royal rank for yourself, you should at least not have chosen the priesthood for your brother — it is not you alone who have heard at Sinai, ‘I am Adonai your God.’ All the congregation heard it!”

Sforno thinks Korach’s 250 followers infiltrated the crowds that awaited meetings with Moses, seeking to incite them. Then, when Korach besieged Moses and Aaron, he would have a sympathetic, if not outright zealous, entourage.

Ibn Ezra perceived Korach, in a lie worthy of Donald Trump, as accusing the brothers of political corruption and greed. Granted, we only know what we read in the Torah, but it sure seems to me that the Israelites would have been hard-pressed to find two more selfless servants of God.

But none of that is actually in the Torah. All we know is that Korach rebelled. So why don’t we sympathize with, rather than spurn, Korach? After all, we ourselves live in a nation that embraces the right, even the responsibility, of public protest. Is that not an important demonstration of the freedom of expression and dissent upon which this nation was founded? “Congress shall make no law … abridging the freedom of speech, or of the press; or the right of the people peaceably to assemble, and to petition the Government for a redress of grievances.” (1st Amendment, U.S. Constitution) If we value having the right to say what’s on our mind, why not accord this same right to Korach?

We are certainly living through (please, God, let it be “through” and not just “in”) an era of rampant rebellion. Here in the United States, we continue watching in embarrassment and disbelief and profound concern as Donald Trump twists the truth to his own ends, while his opportunist supporters of a stolen election continue to dismiss the hateful violence of January 6, 2021, in order to ride the populist wave to their own election victories. As distasteful a person as Trump is, what roils me even moreso is that he lies about it, and he lies so boisterously that people don’t think twice about believing him.

Now add to this equation Anti-Vaxxers, Pizzagate, the 9/11 Conspiracy, the Sandy Hook Elementary School Conspiracy, and The Great Replacement theory.

There is a widespread proliferation these days of made-up tales regarding myriad issues. And while such balderdash has been around throughout American history (think Salem witch trials, the Illuminati, and McCarthyism), it is perhaps cable television and social media that have made the ridiculous into truly frightening threats. As we all witnessed on January 6, 2021, the wide reach of conspiracy theorists enabled a gathering of like-minded, ill-informed people to break down the doors of the U.S. Capitol and place the integrity of our entire democracy at risk in their attempt to disrupt the election process.

The lesson is clear: People who are in a position that commands the respect and allegiance of a multitude, they have a particular responsibility to refrain from abusing that position.

While it’s difficult to get a complete and accurate read from the Torah of what exactly transpired when Korach stood against Moses and Aaron, it seems (in my opinion) as if Korach’s sin was not that he rebelled but that he used his position of considerable influence to manipulate and exploit those who looked up to him. Great Torah Study discussions often leave much unresolved but, in the end, we should walk away with a strengthened understanding of how we can help make the world a safer, kinder home for everybody.

So here’s what Korach’s story is saying to me: If you’re going to rebel, make sure you do so for the right reasons.

Which brings me to Andree Geulen, who was a schoolteacher in Brussels, Belgium, during World War II.

Upon invading and occupying the country in 1940, the Nazis deported and murdered 25,000 of Belgium’s 65,000 Jews. Among the many laws imposed during the occupation, Jews were required to wear yellow stars on their clothing. Geulen, who was teaching primary-grade children in a boarding school at the time, distributed aprons to all of her students in order to cover the stars that had been forced upon her fearful Jewish students.

This was only the beginning for Andree Geulen. Soon, she was enlisted and became one of very few non-Jewish members of the Committee for the Defense of Jews. From 1943 to 1944, she sought out Jewish families and pleaded with them to let her take their children and place them in hiding for the duration of the war. Amazingly, she was able to save the lives of three hundred Jewish children.

After the Holocaust, Geulen became involved with the relief organization Aid for Israelite Victims of the War, seeking to reunite with their families as many of these “hidden children” as possible.

In 2007, Andree Geulen was awarded honorary Israeli citizenship. During the ceremony at Yad Vashem, Geulen said, “What I did was merely my duty. Disobeying the laws of the time was just the normal thing to do.” (“Woman Honored for Saving Kids from Nazis,” Associated Press, April 18, 2007)

This was the rebellion of Andree Geulen.

People in positions of prominence and power usually don’t like rebels. They’re often a nuisance and, whether they’re correct in their grievances or not, they’re a threat to the status quo. In my own career as a rabbi, I was from time to time on the receiving end of a few rebellions having to do with our B’nai Mitzvah program, the temple budget, and even what was served at the Friday night Oneg. And if these don’t sound very significant to you, try to imagine what it might feel like to have someone publicly and forcefully excoriate you and your team. I actually preferred it when they were right and we could apologize and implement the proper corrections. That was far preferable to having to mount a campaign that would publicly and forcefully demonstrate our innocence.

In the end, public dissent is a vital ingredient to the preservation of freedom. And when freedom has been squashed, it’s a vital ingredient to the sacred work of restoring freedom. Amanda Gorman writes, “The point of protest isn’t winning — it’s holding fast to the promise of freedom, even when fast victory is not promised.” (“Fury and Faith,” Amanda Gorman, Call Us What We Carry, Viking Books, December 2021)

But there’s a fragile line between righteous protest and self-serving manipulation.

Donald Trump represents one of these. Andree Geulen represents the other. She died just last month at the age of one hundred. Her memory and the legacy of her rebellion will always be for a blessing.

Please fill out this form to share "Fix the World – Try Not to Get Swallowed | Korach" via e-mail.