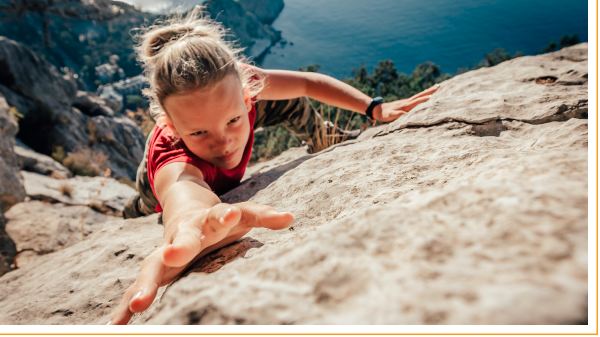 Frequently, during the busy summer wedding season, I find myself standing under blossom-filled chuppahs as an officiant during the week that the Torah portion, Shlach Lecha, is read. The text unspools like a spy caper. God instructs Moses to send leaders from each of the 12 ancestral tribes to scout out the land of Canaan, embarking from the wilderness of Paran and engaging in a fact finding mission from the bottom of the Negev up into the northern hill country. Moses charges the investigators to report back intelligence regarding the fertility, topography, and agriculture of the land along with an appraisal of the residents’ military strength. The modern symbol for the Israeli tourism industry arises from this section of the Book of Numbers, capturing the vivid image of two scouts who carry a cluster of luscious grapes so cumbersome that they must mount the unruly vines on a frame.

After 40 days undercover surveying the land, all of the scouts return and report straight to Moses, Aaron, and the entire Israelite community where they present their assessment and a sample of the land’s prolific produce. Here, the story takes a surprising and tragic turn.

The Israelite princes, these strong and brave proto-paratroopers, make their case publicly: “We came to the land you sent us to; it does indeed flow with milk and honey, and this is its fruit. However, the people who inhabit the country are powerful, and cities are fortified and very large; moreover, we saw the Anakites there. Amalekites dwell in the Negev region; Hittites, Jebusites, and Amorites inhabit the hill country; and Canaanites dwell by the Sea and along the Jordan” (Numbers 13: 27-29).

They don’t exactly offer a sunny account of the possibility of future life by the Mediterranean Sea, and these fellows are not leading the charge to reclaim the ancestral homeland in a blaze of glory. Then another scout, Caleb from the tribe of Judah, pipes up. He hushes the people who are aghast at their grim prospects, and in front of Moses proclaims that by all means, we can do it, we can go up and gain possession of the land, for surely, we can overcome it, “Ahlo na’aleh, v’yarashnu ota ki yachol noochal lah” (Numbers 13:30).

The remaining minyan of naysaying scouts, however, disagrees vehemently and assert that Anakite giants tower over the land, which devours its settlers. “We looked like grasshoppers to ourselves, and so we must have looked to them” (Numbers 13:33). The community weeps; the Israelites fear for their families’ safety and survival; and the people consider the real possibility of heading back to enslavement in Egypt. Suddenly, Joshua joins Caleb in encouraging the Israelites to have faith that the God who took them out of slavery will bring them into the land that flows with milk and honey. Even after this pep talk, the disheartened community threatens to pelt their leaders with stones. Exasperated with their lack of faith, God threatens to disown and kill the ungrateful lot of them. Moses convinces God that the Egyptians will not respect a deity who annihilates its own people. Ultimately, God relents and permits everyone under the age of 20 (plus Caleb and Joshua) to enter the Land of Israel, but not until 40 years have passed, one year for each day the scouts traveled in Canaan. The remaining 10 scouts then die in a plague.

Centuries later, the rabbis who pored over these sacred words added some imaginative background information about the scouts in order to make God’s mortal punishment understandable. After all, weren’t the scouts just offering their honest analysis? Weren’t they entitled to communicate their fears about the odds of engaging a rag-tag group of former slaves in a conquest against giants? Why would a righteous God strike down messengers for the crime of communicating disappointing news? But the rabbis rationalize God’s anger and ensuing lethal action by accusing the faithless spies of disseminating fake news and attempting to prevent the community from reentering its homeland and becoming a strong and pious nation.

Some rabbis insult the spies, accusing them of being fools and slanderers. But in Midrash Rabbah 16:11, the rabbis unpack the true crime the spies commit. “When the spies said, ‘And we were in our own sight as grasshoppers,’ the Holy One, blessed by God, observed: ‘I shall forgive them this remark.’ But when they said:’ And so we were [as grasshoppers] in their sight,’ God asked: ‘Did you know how I made you appear in their sight? Who can say that you did not appear in their sight as angels? What have you brought upon yourselves?’” The lesson we are taught is that we can only know how we see ourselves. When we assume that others think poorly of us, when we assume that others have malevolent intentions, when we assume that others disregard the beauty of our spirits, we make grave mistakes.

How does this portion offer hope and insight at the start of a married couple’s life together or even to anyone seeking courage and reassurance? In a marriage or in any relationship, we can only really know how we see ourselves and how we view others. We cannot begin to understand what the other person’s eyes see. When we assume that we have no merits and that others view us as inconsequential, then our relationship is damaged. In my wedding charges, I explain that Shlach Lecha is about optimism in the face of difficult odds. Shlach Lecha shares the buddy story of Joshua and Caleb, two people with beautiful spirits, who work together and back each other up when everyone else sees only doom and gloom. Shlach Lecha is about having the courage to say “we can surely do this.” Acknowledging the miracle of our own existence and seeing the worthiness of our own lives give us strength to see the world as a place of wonder, imagination, and beauty, a place flowing with milk and honey and abundant love.

Please fill out this form to share "Grasshoppers and Giants: Shlach Lecha’s Message of Courage and Self-Respect | Shelach Lechah" via e-mail.