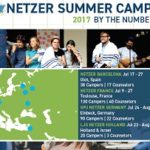 2017 was a summer to remember – full of Jewish enrichment, leadership engagement, and activities for children and young adults all over the globe. If you’ve ever wondered about the scope of impact and outreach by Netzer Olami, the World Union’s youth and young adult movement, then read up on all the numbers and details below: 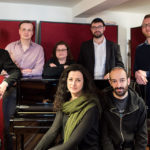 Read about the highlights and impact of the work of the World Union for Progressive Judaism in 2016. We’re telling the stories from our congregations and members around the world that strengthen and unite our movement. 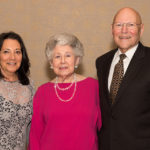 Our hearts are with our Reform communities in Houston, who are still recovering from the devastating effects of Hurricane Harvey. For ways you and your congregations can help, visit Five Jewish Ways to Help After Hurricane Harvey via the Union for Reform Judaism (URJ) in North America. 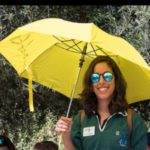 What is your vision for Shnat?
We want to create bogrim who care for the Jewish people and play an active role in shaping it. I want to reach as many young progressive Jews as possible, and will work to make sure that chanichim from all around the world are included. It is very important for the shnatties to have a personal connection with the state of Israel and it’s people and work in cooperation with Noar Telem in Israel. 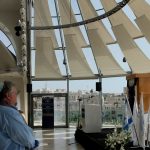 The World Union’s Beit Shmuel Conference Center in Jerusalem was recently scheduled to host a conference by Israel’s Ministry of Health. Within 24 hours of the conference’s scheduled opening, MK Yaakov Litzman, Minister of Health and member of the Ultra-Orthodox United Torah Judaism party, cancelled the conference because of its association with Reform Judaism. The […]

If I had asked a Jewish person some thousand years ago, what is the meaning of the holiday of Tu B’shvat (15th of Shvat), I imagine they would have scratched their head in confusion. In the times of the Mishna, the 15th of Shvat was the date on which the taxation year for agricultural products […] 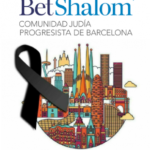 In their own words, Comunitat Jueva Bet Shalom emphatically condemn the attacks which took place in the cities of Barcelona and Cambrils, offers prayers for the victims and their families and expresses solidarity with the citizens and the institutions that represent them. Read their response from the heart of the city. 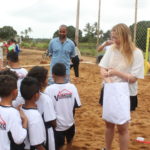 The Areal Community, in the district of Linhares in the state of Espirito Santo, Brazil, was one of the communities affected by the mineral residues from the rupture of the dam of the Samarco mining company in 2015. Located in the mouth of the Rio Doce river, the community, made up of 250 indigenous inhabitants, was deprived of the only leisure activity that the population had: swimming in the river and lakes. The World Union for Progressive Judaism (WUPJ) together with the Unidos Pela Vida (UPV) (United for Life) Institute visited the region in December 2016 during the 1st Tamar Tikkun Olam Seminar. Now, participants returned with additional resources to build a soccer field and more for the community and its children. 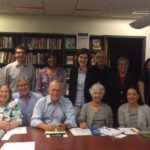 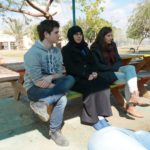 On the fifth of the Hebrew month of Iyar, 5708 (May 14, 1948), the leaders of the newly established State of Israel signed a Declaration of Independence. … Almost 70 years later, the State of Israel still struggles to balance its Jewish and democratic character – to remain committed to its Jewish values while at the same time remembering that those values obligate it to treat those who are not Jewish as equals.

Please fill out this form to share "Promoting a Shared Society in Israel: Jews and Arabs Working Together" via e-mail.