Progressive Judaism in South Africa has played a major role in the development of the overall Jewish community in the country. Progressive Jewish rabbis and lay leaders were in the forefront of the struggle against apartheid and are among the active proponents in the cause of racial equality and democracy today. 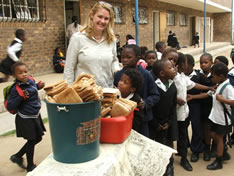 Please fill out this form to share "South Africa" via e-mail.