An estimated 1.8 million members worldwide – both large and small, some established and others just starting – currently affiliate with Reform, Progressive, Liberal or Reconstructionist Judaism. From the former Soviet Union, Germany and Israel to Australia, Latin America and beyond, Jews are experiencing an awakening, or a rebirth, of congregational activity on new and unparalleled levels.

Progressive Judaism has grown significantly in Latin America over the past several decades boasting many synagogues, schools and community services. These congregations constitute a large family – large and small, urban and rural – who share the common link of Progressive Judaism. 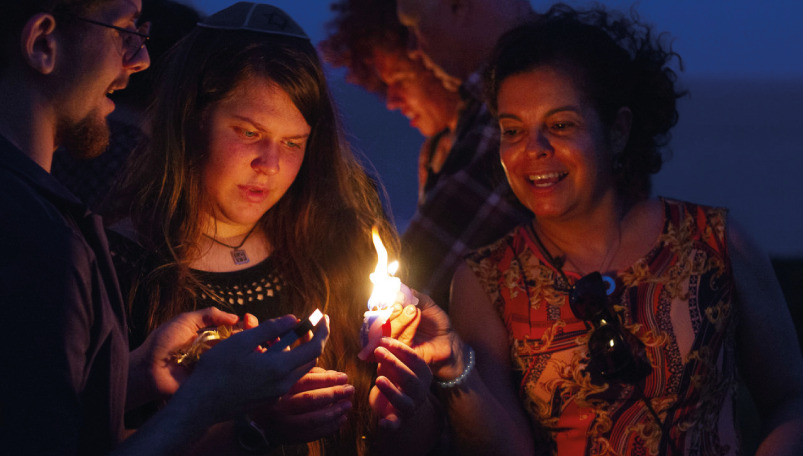 Jewish migration to the region began in the late 15th century and Jewish communities sprang up throughout the region over the centuries. In 1997 the Fundación Judaica was created to help Jewish institutions in need. In 2002 WUPJ’s Yad b’Yad Task Force was founded to help affected areas in Argentina, and in 2003 the AIP (Asociación Israelita de los Pampas) began its activities, ensuring support for the religious, educational, cultural and social needs of communities in peripheral areas. While there are many challenges in the region, we note the emergence of new congregations, such as Ruaj Ami in Chile, and an increase in the number of Brazilian members of CIP, in São Paulo; ARI, Rio de Janeiro; SIBRA, Porto Alegre; and CIM, Belo Horizonte; and Kol Shearith Israel, in Panama.

The Union for Reform Judaism for Latin America (UJR AmLat) regional council has been active since 2004, officially established as the WUPJ-LA region in 2010. Relying almost entirely on volunteers, the WUPJ-LA contributed to the recovery and continuity of Judaism in the region. When economic conditions in Argentina improved, the Yad b’Yad Task Force focus was redirected to other areas such as youth activities, local leadership, and outreach. Since 2004 four regional conferences were held and a local Board of Directors was formed at the end of 2009.

In only a few years of development in Latin America, the UJR-AmLat already has congregations in Argentina, Brazil, Chile, Costa Rica, Ecuador, Guatemala and Peru and they are working for new institutions to join their movement.

Please fill out this form to share "Latin America" via e-mail.