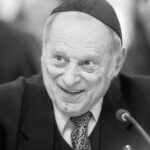 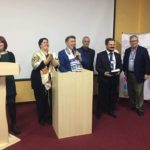 The WUPJ Conference in Odessa was an excellent platform for participants to study and discuss the ideology and mission of our Movement. Representatives of the communities of Russia, Ukraine and Belarus, along with youth leaders and activists from Netzer participated in lively discussions about the future of the movement, about the priorities that we want to set for ourselves over the next two years and expressed opinions on how to build a link between different generations in communities. 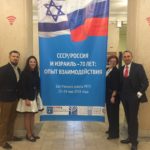 On May 23-24, the World Union for Progressive Judaism (WUPJ), the Institute for Modern Jewish Studies and the Russian State University of Humanities (RSUH) in Moscow, in cooperation with The Department for Diaspora Activities, the Department for Zionist Activities in Israel and Combatting against Antisemitism of the World Zionist Organization (WZO) held a momentous academic […] 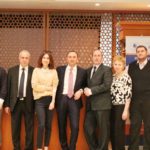 More than 30 years ago, modern Reform Jewish life began in the Former Soviet Union. Since then, the Reform Movement has flourished, establishing strong roots in the FSU and offering a wide variety of activity in Russia, Belarus, Ukraine and the Baltic States. The more than 40 WUPJ-associated congregations in the FSU receive professional staff […] 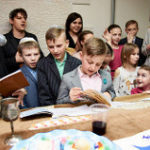 For more than 15 years, the Passover Project has sent rabbinic students from Hebrew Union College – Jewish Institute of Religion to Reform congregations across Russia, Ukraine and Belarus to lead Passover celebrations. Every year, students join growing congregations for traditional and innovative programs and services designed to bolster the communities.