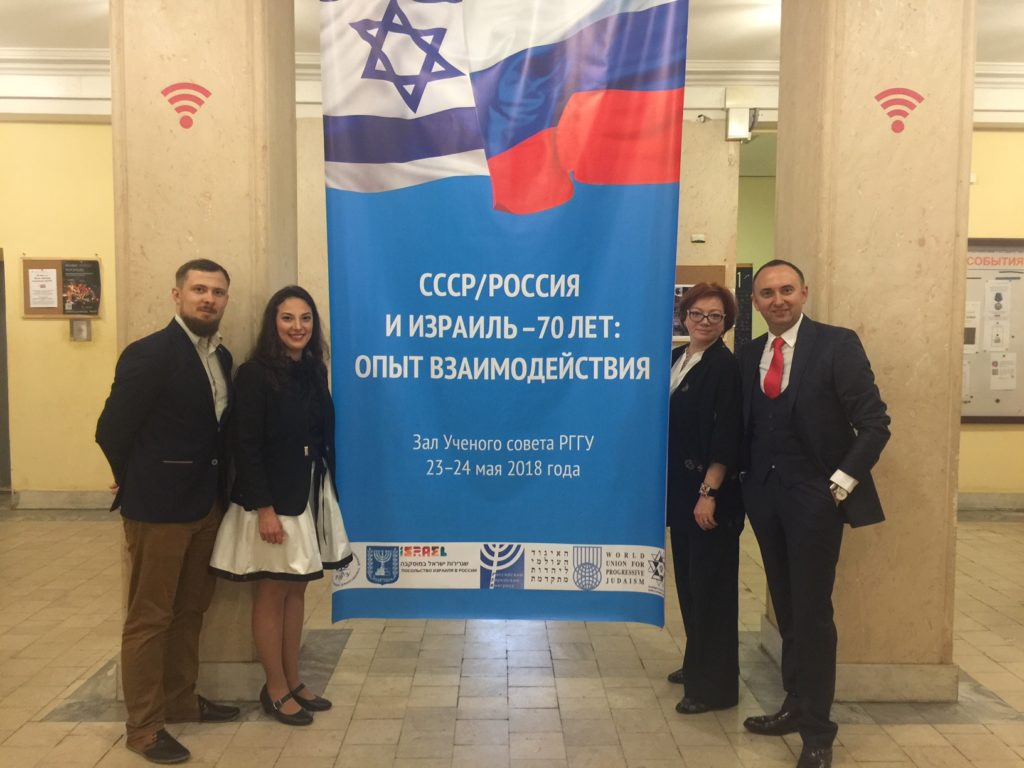 On May 23-24, the World Union for Progressive Judaism (WUPJ), the Institute for Modern Jewish Studies and the Russian State University of Humanities (RSUH) in Moscow, in cooperation with The Department for Diaspora Activities, the Department for Zionist Activities in Israel and Combatting against Antisemitism of the World Zionist Organization (WZO) held a momentous academic conference exploring the relationship between Israel and Russia over the past 70 years, with an emphasis on honoring Israel’s 70th year of Statehood.

The fact that a Russian state university put Israel at the heart of an academic conference, and collaborated with and hosted a Jewish organization, heralds an encouraging and groundbreaking step for Russia and Israel: strengthening policies between the two countries and fostering wider education of interfaith respect and tolerance of others.
The opening event welcomed more than 130 participants including such dignitaries as the Israeli Ambassador to Russia, Gary Koren; Major staff from the Presidential Executive Office of Russia; Mikhail Shvydkoy, Special Representative of Russian President on International Cultural Cooperation and Ambassador-at-Large; and Professor Alexander Besborodov, Rector of RSUH and others. 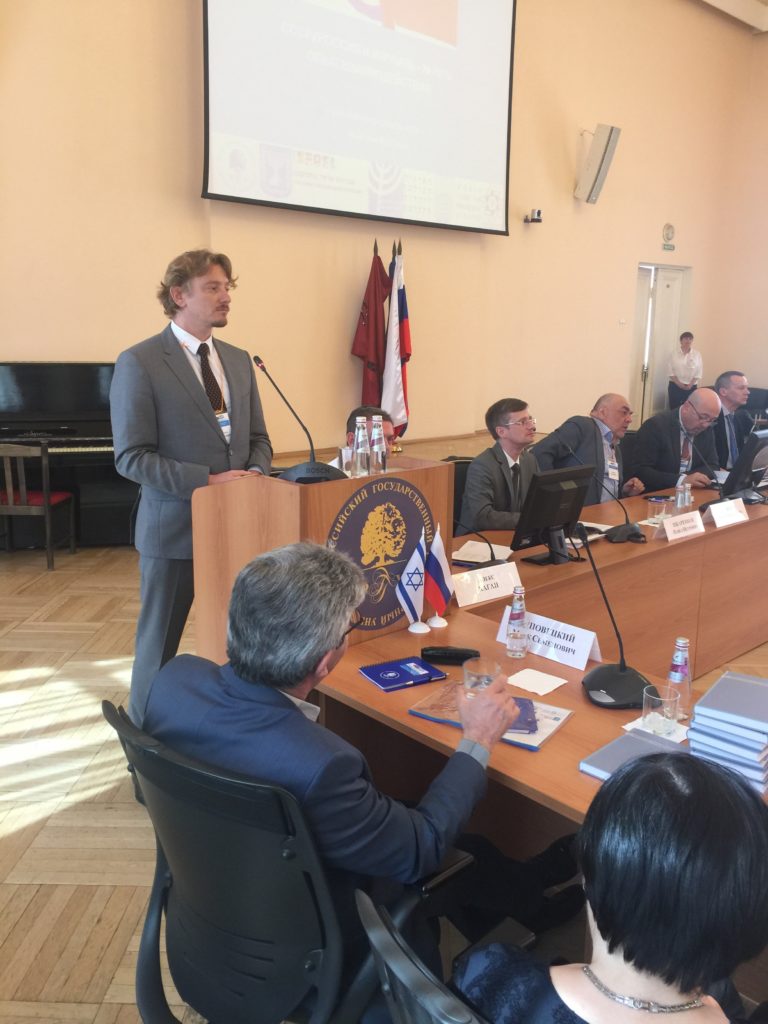 Cantor Isidoro Abramovich, Director of the Cantorial Program at the Abraham Geiger Kolleg, and Cantor of the Jewish Community Judiska Församlingen in Stockholm

Rabbi Dr. Walter Homolka, Rector of Abraham Geiger Kolleg, sent a blessing for the inaugural event that was read by Cantor Isidoro Abramovich, Director of the Cantorial Program at the Abraham Geiger Kolleg, and Cantor of the Jewish Community Judiska Församlingen in Stockholm. All speakers during the opening event noted the importance of the State of Israel and the significance of stable and developing relations between Russia and Israel. A moving performance by special guest, Cantor Isidoro Abramovich, closed the opening gala.

Over the course of the conference, leading academics and politicians spoke about Israel-Russia relations, policy and development. Among the participants of the conference were students from the Institute for Modern Jewish Studies in Moscow, representatives of Netzer Russia, Ukraine and Belarus, and members of local Reform Jewish congregations and partners.

The significance of this event cannot be overstated. As Dr. Alex Kagan, Director of International Strategy for the World Union and Rector of the Institute for Modern Jewish Studies in Moscow remarked, “As a Jewish organization we cannot take for granted the significance of Russia’s sanctioned, state involvement in the event. To see – and feel – the warmth and support for Israel on a Russian state campus was so moving on a personal level and so fulfilling on a professional level. I want to personally thank Pavel Shkarenkov, Deputy of the Rector of RSUH, Olga Pavlenko, Deputy of the Rector of RSUH and Alexander Besborodov, Rector of the RSUH for the initiative, partnership and organizational collaboration in making this conference a success. 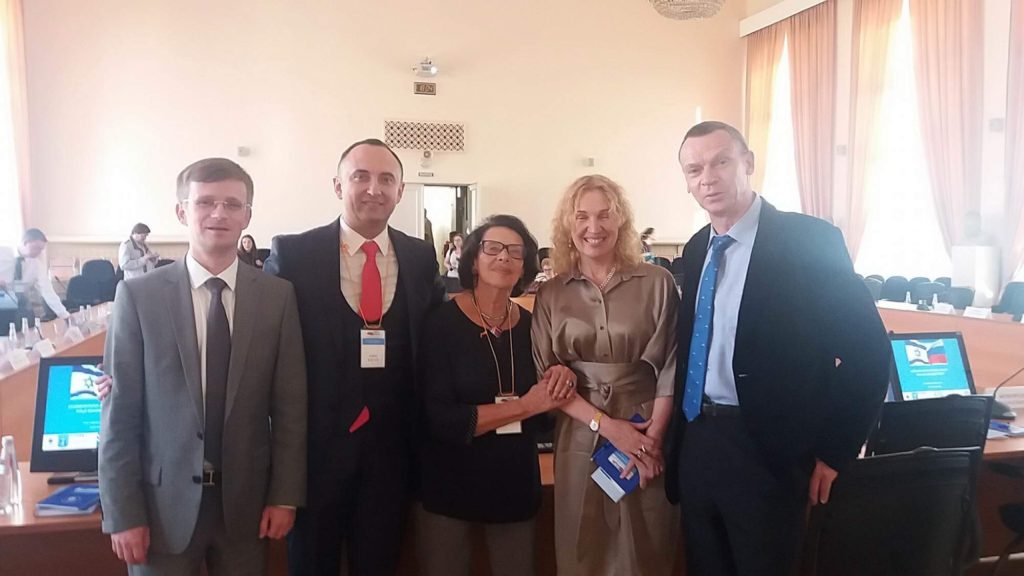 “To have education and academic study at the core of our central message – that Israel is important and that Judaism is a strong part of that, is encouraging for the development of Judaism across Russia and especially important for Reform congregations growing across the region.”

Rita Fruman, Director of Operations and Programs in the Former Soviet Union for the World Union, added, “To come back to Moscow as a Jew, who grew up in the Reform youth movement, and see a gigantic banner with an Israeli flag and a Reform Jewish organization center stage on a Russian state campus is indescribable. It’s something I never thought I would see and a conference that I never thought would happen. And here it is, and here we are celebrating and moving forward in partnership.”

After their participation in Moscow conference, members of the Reform youth movement, Netzer, from the FSU, came together ahead of their summer camps to plan their educational content for the upcoming summer camps running across Russia, Ukraine, Belarus and Poland. This year’s theme explores 70 years of Israel’s Statehood. In her own words, Ms. Fruman noted, “We are connecting our youngest members to that same subject, to really have that continuity, from the academy to our camps, through informal and formal education.”

Please fill out this form to share "[Russia] 70 Years of Israel-Russia Relations Celebrated at World Union Conference in Moscow" via e-mail.