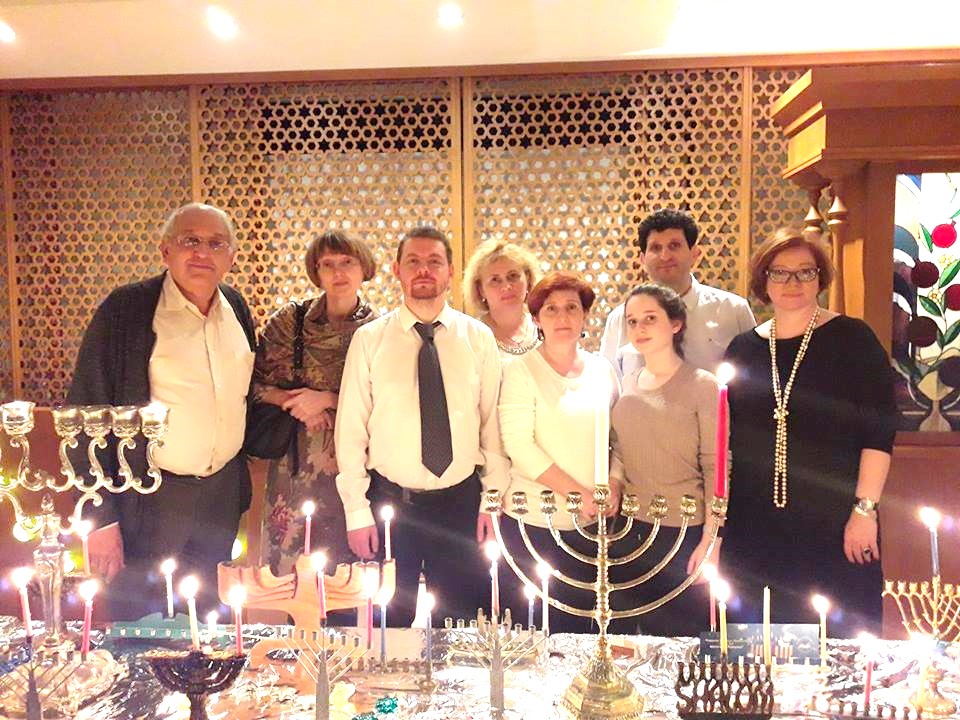 More than 30 years ago, modern Reform Jewish life began in the Former Soviet Union. Since then, the Reform Movement has flourished, establishing strong roots in the FSU and offering a wide variety of activity in Russia, Belarus, Ukraine and the Baltic States. The more than 40 WUPJ-associated congregations in the FSU receive professional staff (rabbis, cantors, administrators, youth workers, etc), financial assistance and programmatic support from WUPJ, and are connected to one another through synagogues, community centers and offices located in the larger centers of the three major countries.

There are currently six rabbis working in our FSU communities. They are graduates of the Leo Baeck College in London and the Hebrew Union College-Jewish Institute of Religion in Jerusalem. Each rabbi serves multiple congregations.

The Machon, a learning institution for higher education in Modern Jewish studies was first established in the Fall of 1993. Its primary goal was to train para-professional Jewish leadership to serve as community workers, leaders of worship services and holiday celebrations, youth leaders, and the like throughout the FSU. The Machon has produced high quality staff. There are over 40 Machon graduates working not only within the Reform community but throughout the general Jewish community as well. The Machon was supported by Jewish Federations, such as the Jewish Federation of New York and the Jewish Federation of Pittsburgh.

The Institute for Modern Jewish Studies in Moscow: A Groundbreaking Initiative for Training Russian-Speaking Rabbis

Recognizing a growing need for Russian-speaking Reform rabbis, professional educators, and community organizers to support the entire Jewish community (not only Reform) across the FSU and the world, the World Union launched the Institute for Modern Jewish Studies in Moscow in 2015 in cooperation with the Russian State University of the Humanities (RSUH), Abraham Geiger College (Berlin) and Potsdam University. The Institute is a high-level academic training program, which prepares the next generation of Russian-speaking Jewish professionals for work in Russian-speaking communities in the FSU and around the world.

Program description:
B.A. in Jewish Theology and the Arts: The program is comprised of a four-year BA at RSUH Institute for Philology and History in Moscow in a track called: “Art and Humanities.” During the course of study, in addition to universal courses, the students take about 20 academic courses in Jewish subjects and learn Biblical and Modern Hebrew.
Additionally, while studying in Moscow, students are required to volunteer in the local Jewish community. They are placed in different Jewish organizations in the city to become familiar with the organizational activities, acquire volunteer skills, be responsible for a particular project and implement the theoretical knowledge they acquire.

During semester breaks, they return to their respective communities and work in them on the same principle. At the end of their studies, the graduates will be integrated into the communities as academically accredited professional workers. During the program, there are also exchange opportunities with Germany, through which Russian students can study in Germany and German students can study in Moscow.

M.A. and Rabbinic studies: The second part of the program will be for only those students who are perceived to have the ability to become rabbis. Those students will travel to Germany to study in Abraham Geiger Kolleg and Potsdam University to complete an MA program, write a thesis, and undergo rabbinical training. At the end of the process, they will receive a MA and Rabbinic ordination from Abraham Geiger College. It is important to emphasize that students who are chosen to continue on to rabbinic studies or MA in Germany spend a year of study in Israel during their BA through the Conservative Yeshiva, along with students from Berlin.

M.A. and PhD in Russia or Germany: Students with high academic achievements can also continue studies for an MA and PhD at RSUH or Potsdam University as a natural continuation of the program.

Watch our latest video to meet the students, teachers, rabbis and leaders at the Institute for Modern Jewish Studies in Moscow!

WUPJ seeks financial support, sponsors, and partners for this important and successful high-level academic program, which unites countries and Jewish denominations and serves the worldwide Russian Jewish community. To support these and other efforts to rebuild Jewish life in Ukraine, Russia and Belarus – and for Russian-speaking Reform Jews worldwide – click here.

Please fill out this form to share "The World Union in the FSU: Growing Reform Judaism and Training Russian-Speaking Rabbis" via e-mail.