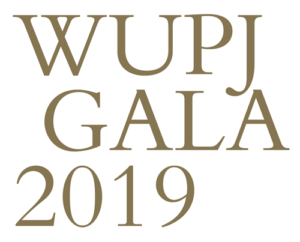 And special tribute to

— click on the images above to learn more about each honoree —

See the Gala Dinner invitation and click on the RSVP/ Sponsorship form image to confirm your attendance
and to support the World Union and its honorees.

The World Union builds and strengthens Progressive Jewish life around the world and in Israel, training rabbinic and lay leadership, creating transformative Jewish Progressive experiences for thousands of children and young adults, and nurturing emerging Jewish communities wherever Jews choose to live.

Please fill out this form to share "WUPJ Gala Dinner 2019" via e-mail.