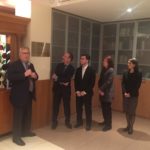 On October Monday October 15th, the World Union, and its partners in the Institute for Modern Jewish Studies – Russian State  University, Abraham Geiger Kolleg, and Potsdam University – came together to dedicate and open the Frances Aaron Hess Memorial Library at the Institute. 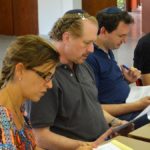 In August 2017, the World Union and its partner region in Latin America, Union for Reform Judaism (URJ-AmLat), launched the Iberoamerican Institute for Reform Rabbinical Education in Buenos Aires to recruit and train rabbis and educators for Spanish- and Portuguese-speaking Reform congregations. As the first school of its kind in the region, the Iberoamerican Institute lays vital groundwork for the growth of Reform Judaism across Latin America. 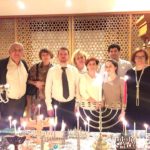 Hanukkah was celebrated by Progressive communities large and small across Russia, each congregation celebrated in its own special way. In Tyumen, the Madregot community organized a Jewish culture festival from December 8-10. Tyumen congregation Community Spiritual Leader Igor Varkin and Chair Elena Mozgovaya, along with Cantor Dmitry Karpenko, took part in all events. The culmination of […]

Please fill out this form to share "[RUSSIA] Hannukah Celebrations 2017" via e-mail.