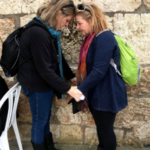 In February, there were 10 intense days of activities, with hands-on classes on the streets of Israel. The 18 participants, representing 13 different countries (Brazil, Australia, Zimbabwe, Belgium, Spain, the United States, Russia, Ukraine, Belarus, Poland, Canada, England and Germany) also had intense debates about topics proposed by the Beutel Seminar for Jewish Reform […]

In accordance with protocol, Carole Sterling as chair empaneled a resolutions committee to spearhead the process of requesting, formulating and editing possible resolutions to be introduced before the IA at the meeting on 17-May 2017, at 14.00-16.30, in Jerusalem, prior to the opening of CONNECTIONS 2017. The committee was chaired by Philip Bliss of Australia, […] 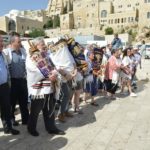 Please fill out this form to share "Statement from the South African Union for Progressive Judaism" via e-mail.