2019 marks the 40th year of Netzer, the Reform Zionist Youth movement. Celebrations first took place during the Netzer Veida of January 2019. On November 23 and 24, two additional events were held by Netzer Australia graduates: the first, in Tel Aviv, a Shabbat evening program for Netzer graduates (bogrim and bogrot) who have moved to Israel and Israeli emissaries (shlichim and shlichot) who served the Jewish communities in Australia; and the second, in Melbourne, a large-scale celebration organized by Netzer bogrim and bogrot and current participants.

Both events were emotional and nostalgic, emphasizing the strength of our movement by bringing together Progressive Jews of all ages who feel connected to both Netzer and our Jewish values. It was particularly moving to reflect on their deep connection to Israel, and seeing Aliyah Nimshchet (ongoing aliya to Israel) as one of the Movement’s ideals in action. Also seeing today’s Netzer leaders come together with their parents, who are themselves, Netzer graduates, was moving.

Nicki Braun, the most recent immigrant to Israel (Olah and Oleh) from Netzer Australia, and Netzer Olami’s newest young leader attended the Shabbat evening program in Tel Aviv, where she was joined by the inaugural Netzer Shaliach, Arik Hatzor, who was sent in 1979 to Melbourne; and the first ever Netzer Oleh, Andy Michaelson.

It was clear that Netzer has played an influential part in the lives of many. The drive to encourage more participation in Netzer and continue to strengthen the Progressive community still motivates many Netzer graduates in Israel and around the world.

Not long after this event ended, on the other end of the world, the celebration in Melbourne was at its peak. “It is incredible to think that 40 years ago Netzer started in Melbourne,” says Sefi Shalem, Progressive Judaism of Victoria, Australia and Netzer emissary (Shlicha). “It grew out of Temple Beth Israel Youth and from these humble beginnings has become a worldwide movement that grows stronger every year. We have decided to celebrate with a special reunion, which has brought together 230 past and current bogrim and bogrot, parents, and friends of Netzer. Some of them have traveled from all over Australia and also from Israel! We asked a graduate from each decade to share their Netzer experiences; We also hosted special musical performances and concluded with Israeli dancing. We can’t wait for the 50th anniversary party in 2029!”

Watch more about Netzer’s impact in these personal stories. View more videos from the event or see more photos here.  And visit Netzer Melbourne on Facebook for updates and more.

Haaretz featured this write up about both events:

GOING BACK TO ITS ROOTS: Netzer, the youth movement of the World Union for Progressive Judaism, has grown to thousands of members across the globe. However, many are unaware of its humble roots in Australia 40 years ago. At the time, Arik and Tal Hatzor, two emissaries from Israel working with Melbourne youth in liberal synagogues, recognized the potential for creating a Reform Zionist youth movement. Netzer will be celebrating those beginnings with a reunion in Melbourne, while a parallel event will take place in Tel Aviv next Saturday night, November 23. “My idea is to celebrate all the generations of Netzer Australia, concentrating on olim [and olot], and shlichim [and shlichot],” said Anne Lustig-Picus, referring respectively to immigrants and emissaries of the Jewish Agency who served in Australia. Lustig-Picus, who is organizing the Israeli event and is herself a native of Melbourne, noted that there’s never been a Netzer Australia reunion in Israel.

Having served as a shlicha in Australia for two years and now as the Director of Youth and Young Adults Engagement for the World Union, attending the event in Tel Aviv and reconnecting with so many bogrim and pioneers of Netzer was especially moving for Lior Argaman. “It was brilliant seeing and hearing stories from the past 40 years, and it also emphasized some gaps and changes that our Movement went through during this time. An interesting discussion arose from these gatherings, as to what is the Movement today and how different it is to the one that was formed 40 years ago. We invited the bogrim and bogrot to continue this discussion at our upcoming Veida Olamit in Jerusalem at the end of January 2020.” 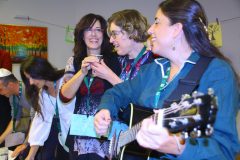 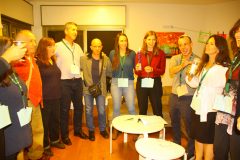 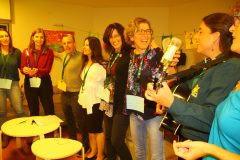 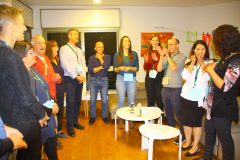 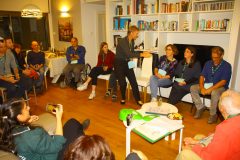 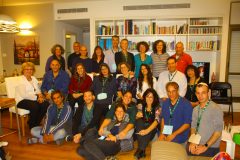 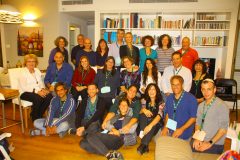 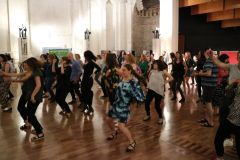 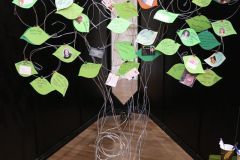 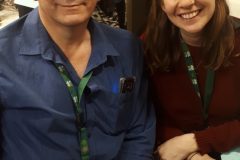 May we go from strength to strength, and to 40 years more of such important doing!

Please fill out this form to share "[AUSTRALIA/ ISRAEL] 40 Years of Netzer’s Impact From Australia to Israel: Celebrating and Reflecting on Our Shared Experiences and Values" via e-mail.