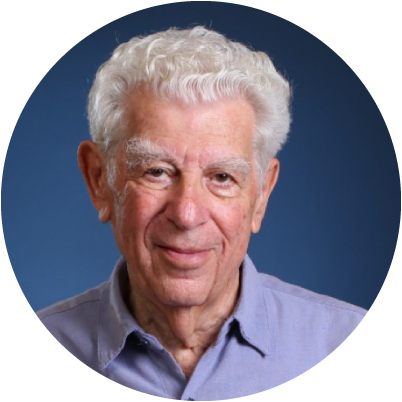 “I was a first year rabbinical student at HUC in the Year in Israel program in Jerusalem in 2002. I had arrived to Jerusalem from two years of service for the JDC in the Jewish community in Poland. I met another rabbinical student, Ari (Poster) Moffic who had spent time in the Jewish community in Ukraine who was just as excited as me about what was happening there. We had an idea to start a program to bring HUC students to Reform communities in the Former Soviet Union, modeled after the Hebrew University Pesach Project. We were referred to Rabbi Joel Oseran at the WUPJ who helped to get the idea off the ground. He said, ‘You must go meet Rabbi Dick Hirsch’.

We met Rabbi Hirsch in his office at the Jewish Agency on King George Street in Jerusalem. He was warm and welcoming from the first moment. He shared his life story – we immediately bonded as both being native Clevelanders. We were awed by his vision for bringing the center of Progressive Judaism to Israel and by his leadership in the liberating of Soviet Jewry. We didn’t have to work too hard to convince him of the worth of our project. He gave us the financial and moral support that served as the base for the program’s success.

I went on to make aliyah. Needless to say, every time I met him in Jerusalem, Rabbi Hirsch was always happy to have a conversation, to hear about what I was doing and to share his endless words of wisdom, and I treasure my signed copy of his book.

Rabbi Dick Hirsch was a man of great vision and action for the Reform Movement and for the Jewish people.

“Rabbi Richard Hirsch – Dick to his friends (everyone!) – died today August 17 a few weeks short of his 95th birthday. I spoke with him briefly, a week ago (it was a struggle on his part because he was in the ICU and had a pipe down his throat) But he wanted to speak to me because he told me very directly “Leslie, my time has come and I want to say good bye to you” He said some other nice things. I choked and I choke as I write this. For this two minute conversation will stay with me the rest of my life as one of the greatest privileges I have ever had. The passing words to me of a great Jewish leader who I was honoured to have as a mentor and as a friend.

Our Progressive Jewish movement was theologically founded by great rabbis such as Abraham Geiger in the early 19th century, followed by counterparts in the United States in late 19th and early 20th century. Great institutions in the United States such as the UAHC (now UPJ), HUC and CCAR followed. Fledgling movements started around the world before the Shoah. A WUPJ was created by Lily Montagu and Rabbi Leo Baeck in 1925. But this WUPJ was, until the fifties or at best the sixties, in reality a conference convening organization where like minded Progressive Jewish leaders met – in London, Berlin, Paris or Amsterdam.

The WUPJ as we know it today, as a functioning international organization binding together national Progressive organizations in 50 odd countries, with its advocacy, educational and developmental functions, was the creation of Rabbi Richard Hirsch, its first professional leader.”

Click here to read the full note of mourning.

“I remember Rabbi Dick Hirsch talking to us years ago with a twinkle in his eye, and a poor attempt at an Aussie accent: “mate”. The world is poorer for his passing and richer for his manifold contributions.” 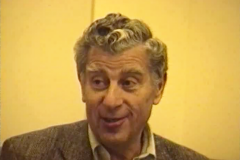 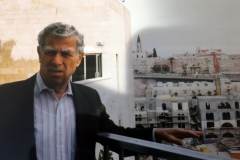 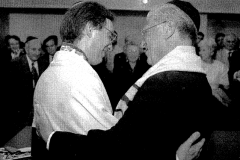 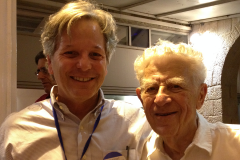 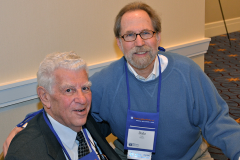 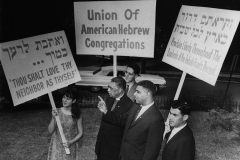 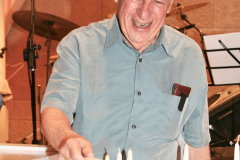 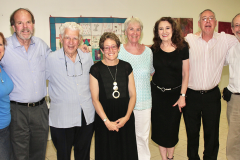 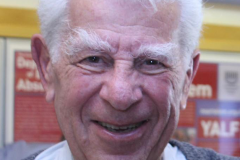 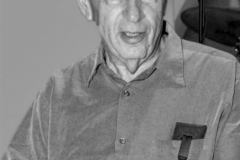 01 | “This picture was sent to Dick a couple of days ago. I had explained to my daughter about how much he and Bella meant to us. Our first trip to Russia was precipitated from his suggestion that we go to the FSU with the WUPJ to install the first Congregation from the FSU. This lead to numerous trips with Rabbi Kulwin and others. Unfortunately he never got to see this. I will miss him greatly.”
Photo submitted by Arthur E. Roswell

07 | At Arzenu 30th Birthday, in June 2010. The Arzenu team paid tribute to many of the leaders in the WUPJ who had contributed to the organization in one way or another. Each of them was asked to light a candle at the celebration. Rabbi Hirsch was one of those honored for the enormous role he played in Arzenu and the World Union.
Photo submitted by Darryl Egnal.

08 | At Joan Garson Farewell Party for Arzenu Chair, in June 2014. When Joan Garson’s term as Arzenu chair ended, the Arzenu team threw a big party for her. Rabbi Hirsch was one of those asked to speak at the event. The party was a wonderful celebration with singing and dancing, and everyone enjoyed themselves. It’s always a privilege to be able to record such events. Seen in this photo from left to right: Darryl Egnal, Rabbi Joel Oseran, Rabbi Richard (Dick) Hirsch, Joan Garson, Dalya Levy, Reeva Forman, Yaron Shavit and Rabbi Larry Englander.
Photo submitted by Darryl Egnal.

09 | Arzenu Meeting before the WZO Conference in November 2013. Rabbi Hirsch always had a smile for those around him.
Photo submitted by Darryl Egnal.

10 | Honored Speaker at Arzenu event in June 2010. Rabbi Hirsch was often a guest speaker at the Arzenu events.
Photo submitted by Darryl Egnal.