In a moving ceremony at Buenos Aires’ Mishkán synagogue on December 15, the IberoAmerican Institute for Reform Rabbinical Education (IIFRR) ordained its first class of rabbis. The new ordinees come from Argentina, Brazil and Chile. 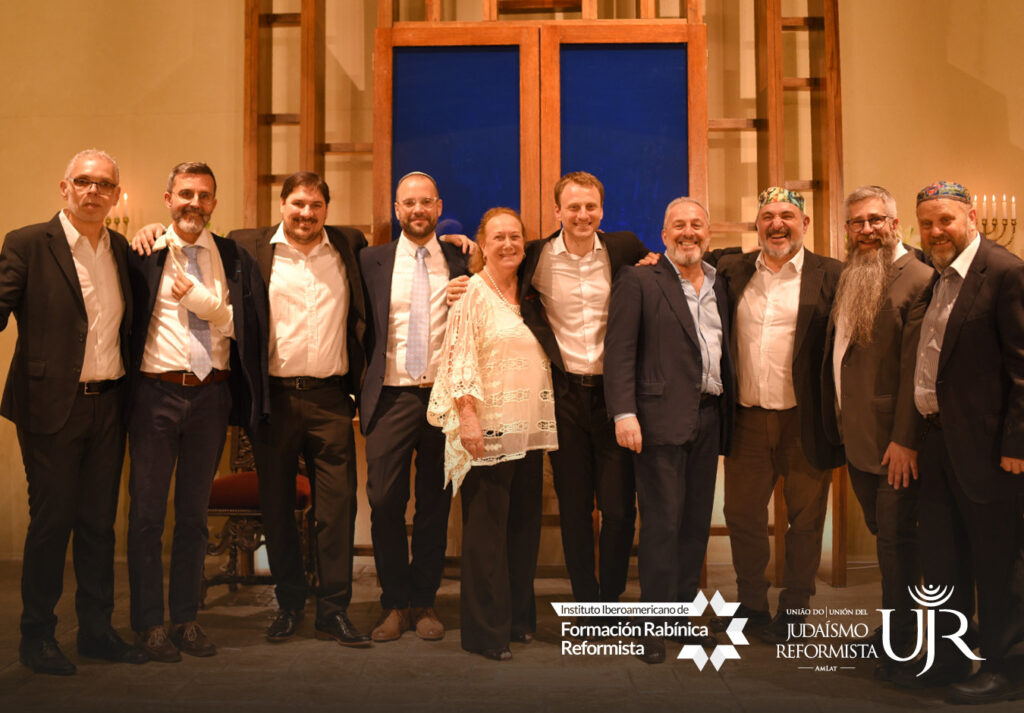 The ceremony of ordination was enhanced by the presence of Rabbi Sergio Bergman, President of the World Union for Progressive Judaism, Carole Sterling, Chair of the WUPJ Board and an early supporter of the Institute, and Israel’s Ambassador to Argentina, Eyal Sela. Also in attendance were Rabbi David Gelfand and Andrew Keene, members of the WUPJ board of directors, Rabbi Galia Sadan, head of the Israel Reform Movement’s Beit Din (rabbinical court), David Britva Beraha, executive director of the Union for Reform Judaism in Latin America, and other leaders of the international movement. 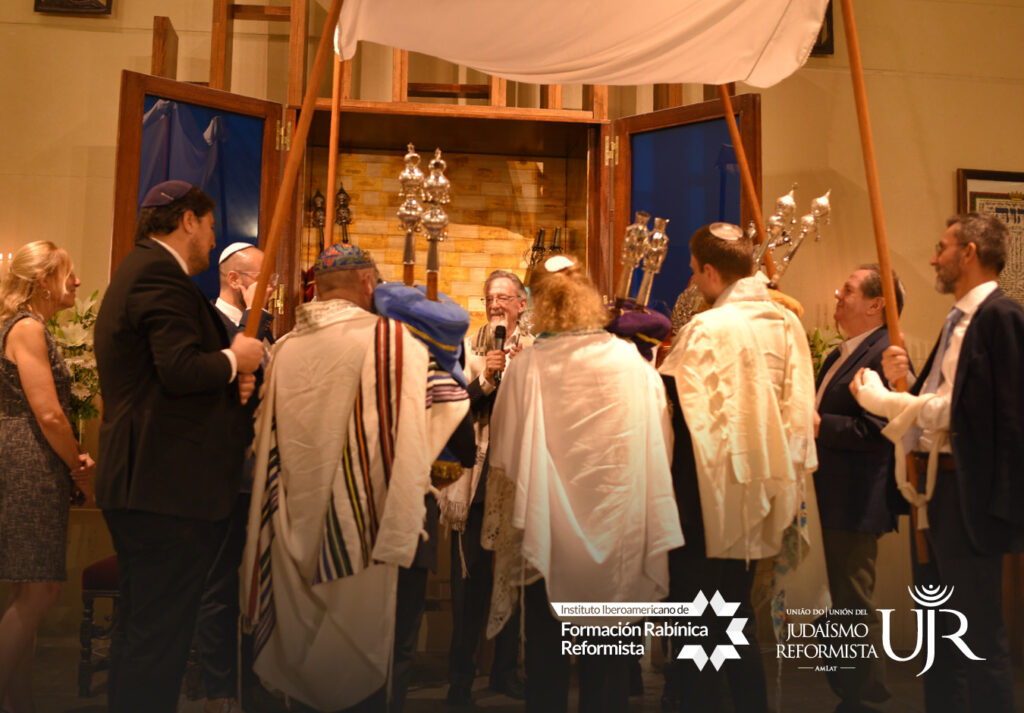 Rabbi Bergman, one of the visionary founders of the Institute, requested that the ceremony be held at Mishkán, rather than his own historic Templo Libertad congregation, so he could pay tribute to Rabbi Reuben Nisenbom, founder of Mishkán and the Institute’s Honorary Rector.

In his message to the new rabbis, Rabbi Damián Karo, the Institute’s Dean, told the new rabbis that with their ordination a new chapter in the life of the movement in Latin America would begin. Each of the graduates also spoke, giving voice to the impact they hope to make in the Spanish and Portuguese-speaking Jewish world.

At the ceremony’s final moments, with each of the new rabbis holding a Torah Scroll in front of the open Ark, Rabbi Roberto Graetz blessed them. This formal moment of ordination was followed by an explosion of joyous singing and dancing by the five ordinees, their families, fellow students, and indeed, all in attendance.