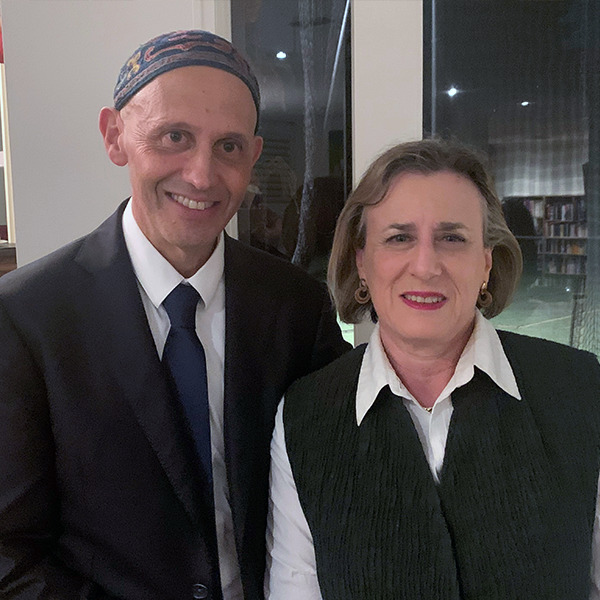 Rabbi Bergman and Sharene Hambur, WUPJ Representative to the Union for Progressive Judaism

In Sydney, Rabbi Bergman participated in a conversation with Vic Alhadeff, former CEO of the NSW Jewish Board of Deputies, at the Emanuel Synagogue.

Ukraine right now is an example of how the Jewish people can really be one” said Rabbi Bergman also in Melbourne at a private event for the Progressive Appeal during an interview with Peter Kohn, senior journalist of The Australian Jewish News. 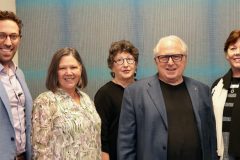 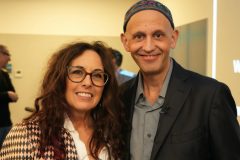 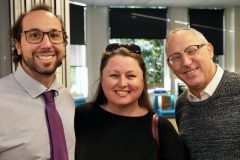 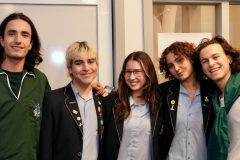 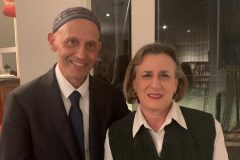 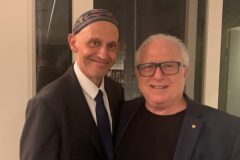 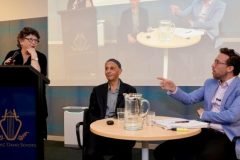 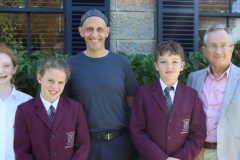 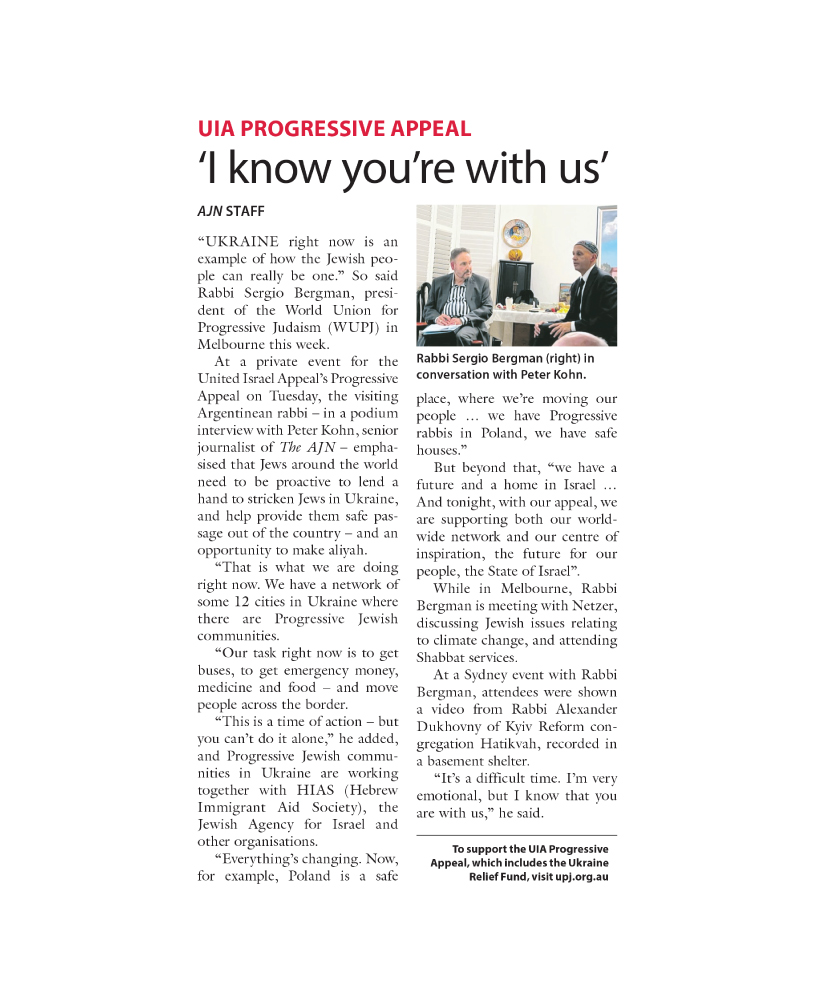 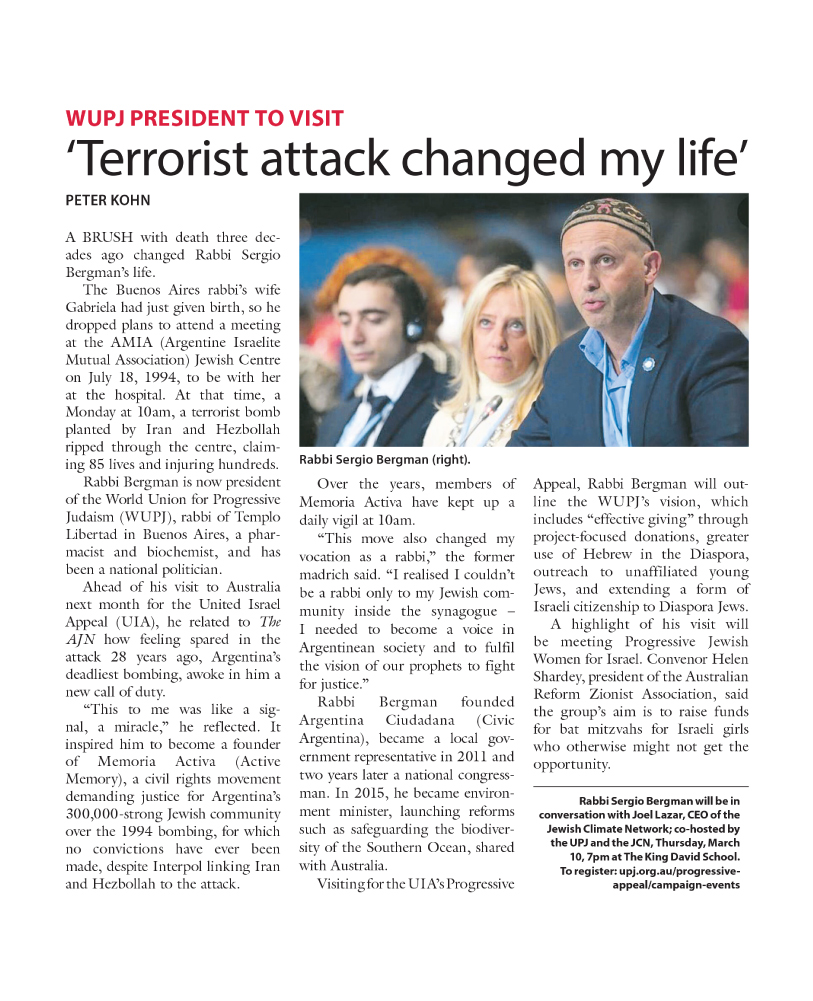 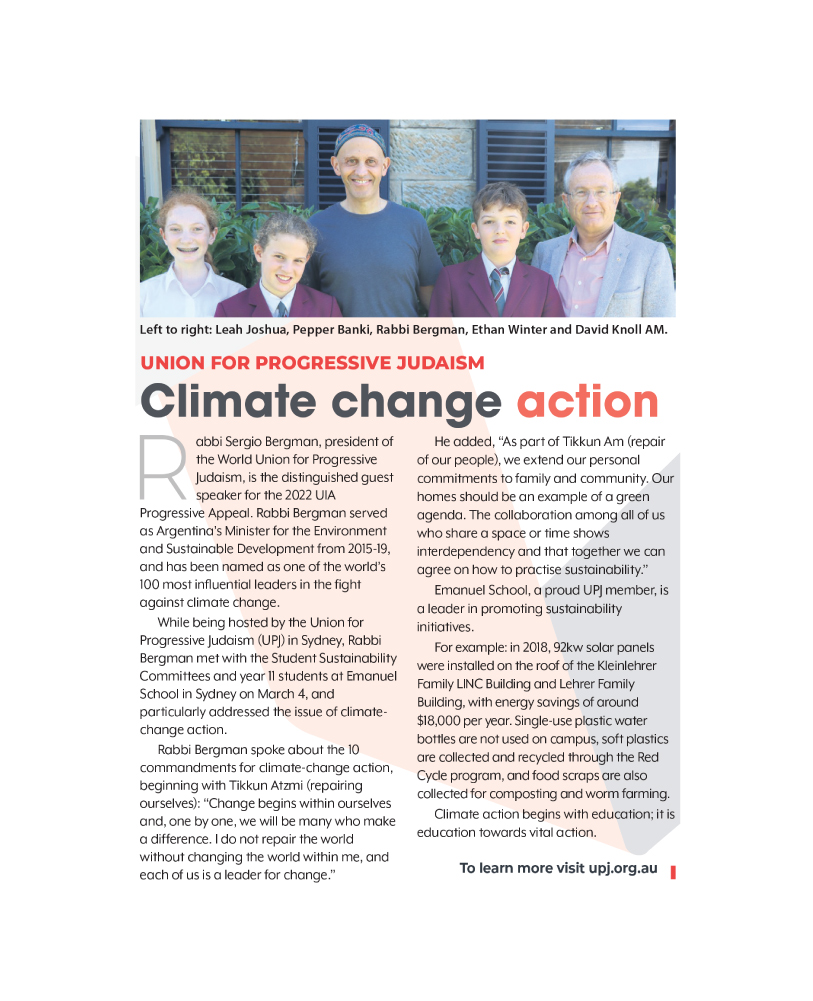 Click on the images above to read the articles.

Please fill out this form to share "[AUSTRALIA] Rabbi Bergman visits Australia as UPJ guest speaker for the UIA Progressive Appeal" via e-mail.