It is with great satisfaction that we inform the formation of the Rabbinic Reform Council of Brazil (Conselho Rabínico Reformista do Brasil – CRRB), composed of Rabbis working in Brazil to join forces and better serve communities.

According to the last Brazilian Institute of Geography and Statistics (IBGE) census, in 2010 the largest Brazilian Jewish group resided in the city of São Paulo, with 44 thousand people.

The existence of a rabbinic council, which allows establishing a synergy for the benefit of the dissemination of Jewish values and the alignment of joint action, is common practice in several countries. The development of reform communities and the increase in the number of rabbis (s) identified with the principles of the Reform Movement active in Brazil, demonstrated the need to create this Council. 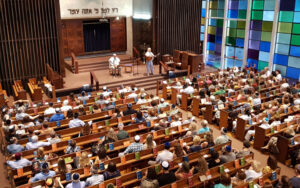 CRRB aims to facilitate internal exchange between Brazilian institutions affiliated with the Reform Movement, strengthen links with different congregations around the world, and solidify exchanges of ideas and projects and to increase the links with several central organizations of our local communities, as well as with the national and international organizations of the Reform Movement itself. As an example, in the first quarter of 2020, we had the successful Tikkun of Shavuot and four preparatory meetings for Tishah beAv.

The relevance of this Council, which intends to create common criteria to give more consistency to the action of synagogues and rabbis, can be noted, even if not exclusively, in the elaboration of study activities, in the determination of positions of Jewish law subjects regarding the conditions established for the exercise of the option for Judaism, within the parameters of essential inclusion in the face of different family structures, always supported by the ethics that sustain the Jewish journey. In short, this Council embraces the need, through working together, to respond to the demands that arise in our congregations in a world of rapid transformation.

UJR – AmLat is the regional chapter of the WUPJ in Latin America.

The Rabbinic Reform Council of Brazil will act as a collegiate, through a forum that favors the exchange of information and the sharing of decisions in an environment of full and total cooperation. This form of action has already been taking place, since in recent months, meetings and gatherings have been intensified by several rabbis who subscribe as founders, aiming at the future expansion of this Council always with the continuous intention of promoting projects and building joint initiatives.

It’s mission is to improve organizational, religious and spiritual leadership in order to stimulate a significant Jewish practice based on the understanding of the reality experienced by each individual, family and community. The fundamental impulse is to preserve the fullness of Jewish life, respecting the tradition that never shied away from dealing with the challenges of each time. 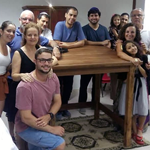 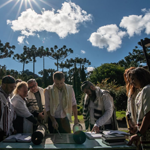 Please fill out this form to share "[BRAZIL] Reform Rabbinical Council of Brazil" via e-mail.