The Brazilian Netzer snifim, Avanhandava and Colônia da CIP, had a incredible summer camp season in December. The tnuot – both part of Congregação Israelita Paulista (CIP), the largest Jewish congregation in Latin America with 2,000 families –  brought more than 270 participants between 6 and 21 years of age. 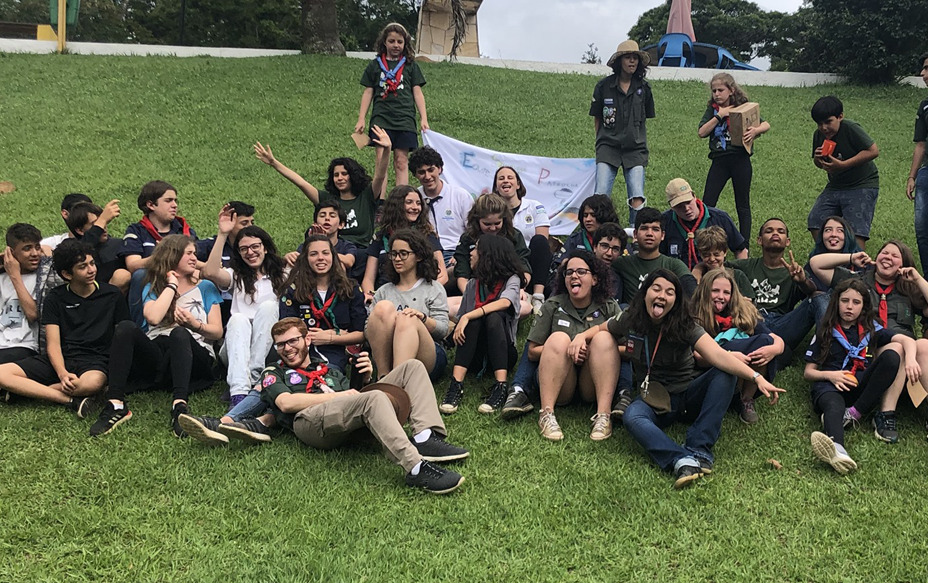 Avanhandava, the first Brazilian Jewish youth organization, is a boy scout/girl guide group. During their camps, called “acampôs” locally, older children, teens, and their counselors sleep outdoors in tents and cook their own food. “We believe this kind of experience brings new skills and teaches the importance of working together as a group and respecting each other,” explains Victoria Kimmelmann, a camp mechanechet (educator).

During camp season, Ava campers and staffed welcomed Nicki Braun, the Netzer Mazkira serving in the Jerusalem offices. She taught about Netzer Olami and what it means be part of the movement; talked about the elections in Israel; shared her experiences living in Jerusalem.

“Nicki played with the smaller chanichim and led peulot for the older ones. She also taught us fun, new games; talked a lot about Israel, and even learned some words in Portuguese!” added Victoria.

At the end of her three days’ visit, Nicki presented Ava with a Netzer flag. Despite the language barrier, Nicki’s visit really added to the camp and she connected with everyone. 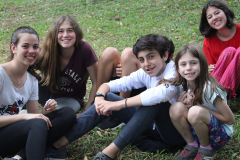 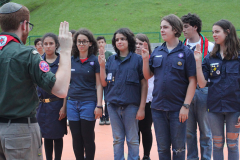 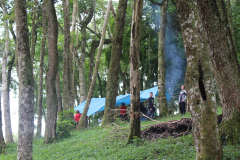 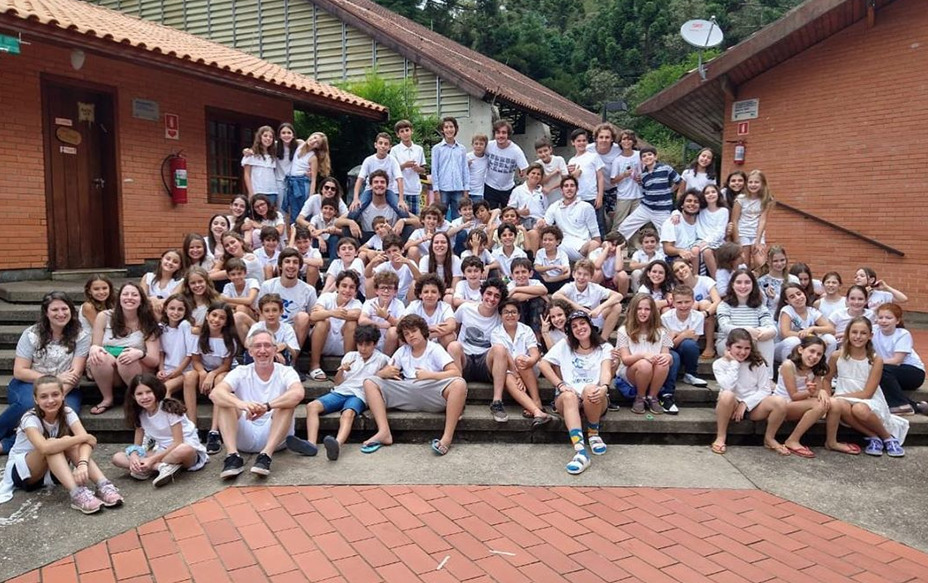 At Colônia da CIP, the summer season brought together 188 chanichim and 35 madrichim – a record number of participants compared to previous years. Over the course of 27 days, children and teenagers participated in tefilot and peulot about Jewish identity, tikkun olam, Hanukkah, Shabbat, and heroism.

Nicki Braun also visited Colônia to contribute to camp activities and meet with campers. She taught and shared Netzer traditions and interesting discussions about Israel and Reform Judaism.

To finish the season, Colônia madrichim organized their traditional “Shabbat da Colônia” with music, youth content, and lots of spirit. The event takes place one month after each season and this one also had a record number of attendants: 950 people attended the service at CIP’s Etz Chaim synagogue. 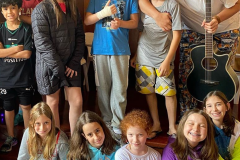 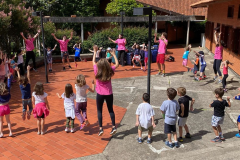 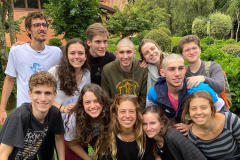 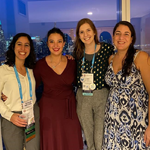 [EDITORIAL] Reflections on her First Months as Netzer Mazkira 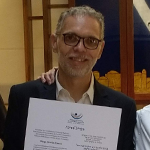 Please fill out this form to share "[SÃO PAULO] Brazilian Netzer Snifim Host a Record Number of Participants in their Last Summer Camps" via e-mail.