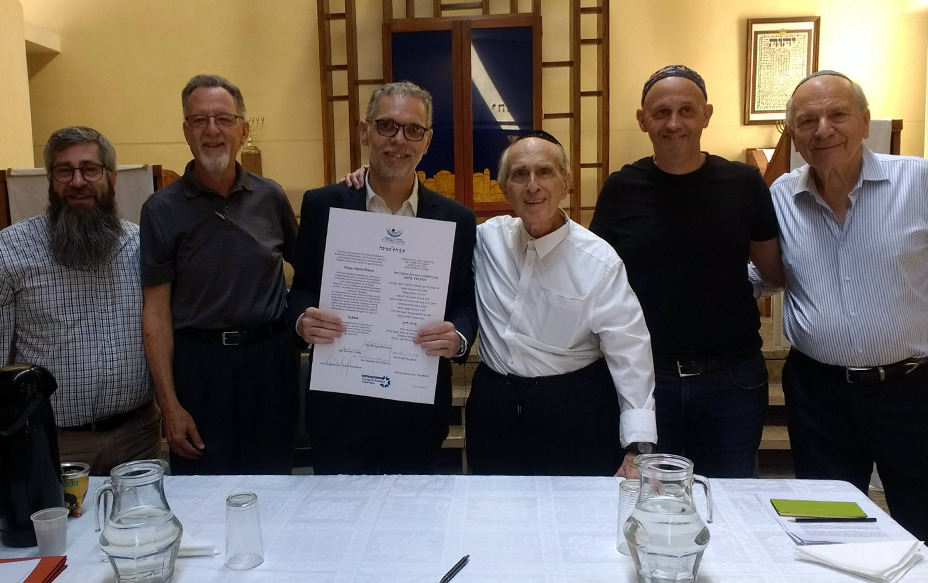 The now Rabbi Diego Elman, who works in Mishkan Community of Buenos Aires, received the ordination from his teachers Rabbis  Nisenbom, Graetz and Bergman and the Dean of the Institute, Rabbi Damian Karo.

Colleagues and leaders of all the jewish streams celebrated and congratulated Rabbi Elman and the institution for making this dream come true.

In addition to Elman, eight other  students were also evaluated by the Beit Din and promoted to the next stage of rabbinical training.

Rabbi Graetz, who arrived from the United States for this occasion, stressed the importance “of having arrived at this auspicious moment for the consolidation of a liberal Jewish movement in Latin America.”

The Ibero-American Institute for Rabbinical Education Reform is a joint project of the Union of Reform Judaism for Latin America (UJR-AmLat), Judaica Foundation and the Mishkan Jewish Spirituality Center. The Beit Din of the Reform Rabbinate of the Argentine Republic is the body in charge of evaluating the students of the Reform Rabbinical Institute who aspire to raise to a higher level of the rabbinic formation until their ordination.

Please fill out this form to share "[LATIN AMERICA] First Ordination at the IberoAmerican Institute for Reform Rabbinical Education" via e-mail.