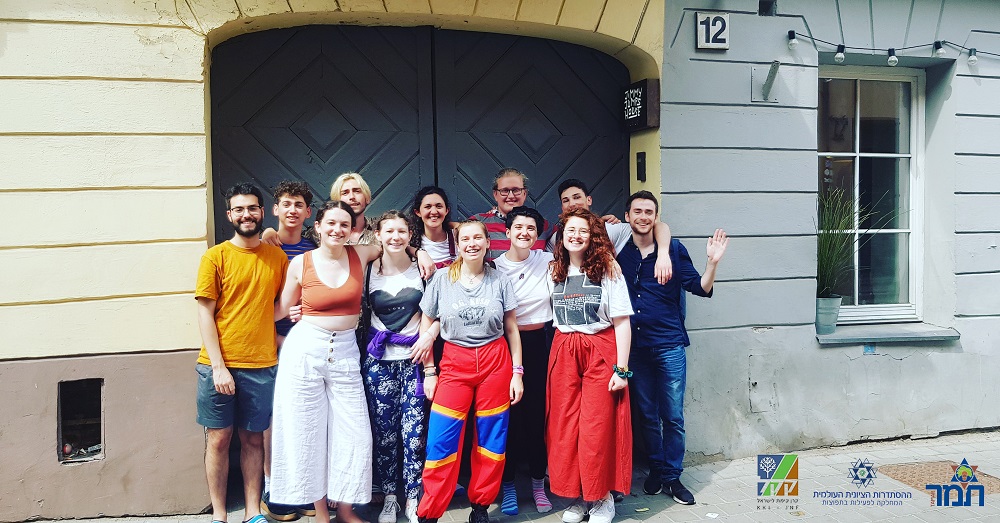 On June 13-21, 12 Netzer and Tamar graduates – Bogrim and Bogrot traveled from the UK to Riga and Vilna as part of a BogTour of the Baltics that explored Jewish heritage, peoplehood, history and building stronger Progressive Jewish young adult communities across Europe.

Designed as an educational tour of Europe for graduates, “bogrim” and “bogrot”, the week-long tour provided an opportunity for bogrim to learn about their Jewish history, the beginnings of Zionism and antisemitism in Europe, and the lead up to World War II pogroms and antisemitism from the USSR. Riga and Vilnius offered the chances for participants to explore thriving Jewish hubs before the war, and grapple with issues such as Jewish Nationalism, antisemitism, the Holocaust, and the future of the Jewish people. Participants learned together in sessions and on-site across these two cities with rich and interesting Jewish histories and fascinating landmarks, including visits to homes of individuals who contributed to the founding of the State of Israel later on. Many of the bogrim and bogrot on the tour had personal connections through their families to the cities which they look deeper into during their visit. Sessions focused on Nationalism, the Jews as a nation, Zionism, Bundism, the Gaon of Vilna, Talmud, and Lithuanian and Latvian history among other other topics; and many left with deeper connections to their own Jewish identities, as well as clearer understandings of Jewish lives toward the end the 19th century and of the 21st century. The tour was created in collaboration between LJY-Netzer movement workers, bogrim and bogrot, educators and rabbis to create an educational journey that would engage and challenge participants.

Upon returning from the program, participants planned to: create a social action campaign that would foster tolerance of others, including supporting refugees; add educational sessions to Machaneh Kadimah using lessons learned on the tour. Tour participants spanned five years of LJY-Netzer bogrim and bogrot.

In her own words, participant Francesca Kurlansky, shared the following reflections on her experience of the tour:

Although many of us have had extensive engagement with the holocaust throughout our lives, nothing could quite prepare us for what we learned on this trip. Beginning in Riga, and then getting the bus across to Vilna, we learned about the death of 90% of Latvia’s Jewish population and 95% of Lithuania’s Jewish population over the period of the holocaust. We learned about the mass shootings of whole communities and visited their mass graves. We heard the testimony of a child who hid under the dead bodies of their family members for 17 hours and we learned about the burning of all the synagogues with people still inside. We saw the remnants of the charred Torah scrolls and the art of a young person trapped in a ghetto and smuggled out in a sack.

We also learned about the near millenium of Yiddish culture annihilated over a mere 6 years. The shtetlekh that are now gentile towns and have no trace of Jews ever having been there. The rabbis who were changing the face of Jewish text study and who were tormented and tortured before their murder. The scholars of the community who were attending universities and bringing secular, rational thought to our Jewish tradition who were also killed.

But we also learned about the use of art-nouveau architecture as an architecture of resistance by occupied nations, and the rise of Jewish nationalism through ideologies such as Zionism and Bundism. We read stories of Lithuanians and Latvians hiding Jewish children and then raising them as their own after the war and we paddled in rivers and swam in seas and lakes. We learned about the strong women of the Shtetlekh, ate food together, stayed up late playing games and talking. We studied Talmud in the city it was first printed by the printing press and learned about the Rabbis who were debating techniques of Talmud study in the 18th century. We said kaddish for our ancestors and remembered them as the great artists, dancers, shopkeepers, intelects and homemakers that they were.

Throughout the trip, we mourned what once was. A thriving Jewish culture that had revolutions of thought, politics and study. Movements to embrace the nationhood of the Jewish people and beautiful synagogues where people gathered to pray and do business. We will forever be mourning the loss of  what once was, and what could have been. But we will also continue to be a generation of young Jews who retain our faith, our culture and a fierce determination to honour the memories of our murdered ancestors. We will remember them forever. May their memories forever be a blessing.

The Bogrim [and Bogrot] Tour was made possible by a microgrant from Tamar Olami, the Progressive Jewish young adult platform of the World Union for Progressive Judaism; Keren Kayemeth LeIsrael (KKL); and the Zionist Organisation (WZO) supporting educational initiatives among Netzer branches and graduates that enrich their communities and others. 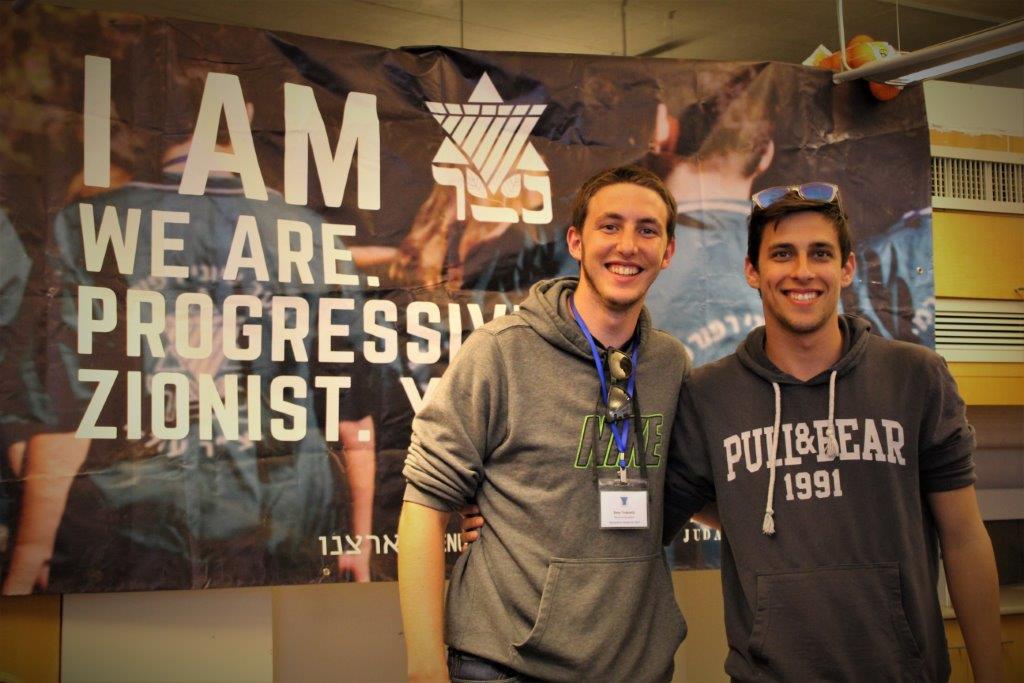 Please fill out this form to share "[LATVIA/ LITHUANIA] Netzer UK Bogrim and Bogrot Tour of Riga and Vilnius Deepen Their Roots and Connections" via e-mail.