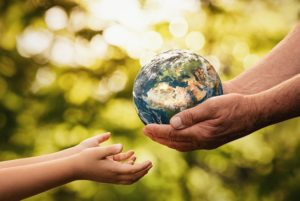 [1] As we move into the 21st century, and continue to examine our institutions and foci, the leadership and members of the Council of Australian, New Zealand and Asian Progressive Rabbis believe that it is particularly important to reassert that the modern Jewish concern for social justice and the environment (in which Progressive Jews across the globe have played a central and formative role) is not only essential, but also is an authentic reading of our ancient sources.  Indeed, these issues are rooted in the Torah, rabbinic, medieval and modern interpretations of our holy texts.  Our tradition teaches that we are partners with God in the transformation and perfection of the world (Tikkun Olam). These commitments are ones that are essential to pass from generation to generation.

Perhaps not surprisingly this commitment to the creation of a better world is not accepted within the entire Jewish community.  In a recent book (To Heal the World?  How the Jewish Left Corrupts Judaism and Endangers Israel) conservative Orthodox commentator Jonathan Neumann issues a strong condemnation of non-Orthodox Judaism. He suggests that our focus on ethical monotheism and social justice undermines the particularity of the Jewish people and the ritual essence of the Jewish tradition.  Indeed, he claims that all the causes espoused by the North American Jewish community – including elements of American Orthodoxy – in recent years from gender equality, care for the poor, respect for the LGBTQ community, to concern for environmental degradation are not only misguided but have no authentic connection with traditional Jewish sources.[2]  Political action, he suggests, is only warranted for particular Jewish concerns. He also asserts that TikkunOlam, the most common term utilized to encompass the Jewish commitment to social justice, is misused and misunderstood.

Rather than presenting a fair and balanced critique of (North American) non-Orthodox Judaism his is tendentious, sensational and ahistorical.  Indeed, his understanding of “traditional Judaism” is likewise weakened by similar broad generalizations and a lack of historicity. In choosing an appropriate analytical apparatus for self-understanding it is essential to select one that leads to healthy self-criticism while also accepting the underlying legitimacy of that which is critiqued.  The critique of Judaism in the Letters of Paul (from Christian Scripture), which rejects Judaism as an authentic path to God, may not be, for example, the best critical tool for Jewish self-understanding.  Likewise, Neumann makes it clear throughout the book that “traditional Judaism” by which he means his (mostly largely undefined) understanding of Orthodox Judaism is real Judaism while all else is ersatz.  He uses the term “traditional” both to create an essentialist definition of Judaism, and as an oppositional term delegitimizing all other Jewish movements.  This rejection is made abundantly clear late in the book when even the term “traditional” is abandoned, leaving only “Judaism.”  Judaism, Neumann asserts, is based on a personal God, a traditional view of revelation, a particularistic vision of Israel as the chosen people, and a complete acceptance of the mitzvot (by which Neumann means the ritual mitzvot). “Social Justice Judaism,” in contrast (in which he subsumes all forms of non-Orthodox Judaism) he claims accepts none of these and is therefore inauthentic and corrupting.

Through the use of this broad and generalizing dichotomy (“traditional Judaism” verses “Social Justice Judaism”) Neumann creates a pair of straw men which have little connection with any historical or existing Jewish communities. Indeed, ironically his term and understanding of monolithic “traditional Judaism” is particularly weak.  If, as the context implies, this term is analogous with “Orthodox,” which “Orthodox” is indicated? The foci, practices, and theologies of the Haradi and modern Orthodox world are quite different, and even within the Haradi world there are significant differences between Hasidic and non-Hasidic communities.  Differences between Ashkenazic and Sephardic Orthodoxies add to the confusion.  These distinctions play out both in modernity and throughout history.  Even before the rise of the Progressive movements there has always been a multiplicity of “Judaisms.”

Neumann’s “Social Justice Judaism” straw man is equally weak.  Lumping all non-Orthodox movements together, he creates a false trajectory from the rejection of many (he implies all) traditional practices in the early Reform Movement to a purely social justice focused (with largely an absence of authentically performed ritual mitzvot) North American Judaism (including all non-Orthodox movements) of the present. Indeed, he tendentiously generalizes his straw man definition of “Social Justice” Judaism most often utilizing and highlighting the most radical elements within the North American Jewish Community. Here too Neumann’s generalizations fall short.  Within the non-Orthodox world there likewise are a multiplicity of “Judaisms,” where even movement terminology is often far from useful.  There are widely differing views both of the meaning and practice of social justice, and the appropriate balance between the ethical and ritual mitzvot. These differences were present from the outset of the Haskalah to the present.

Our community is not an artificial straw man, to be contrasted with another equally untrue scarecrow.  Rather, it is authentic in its dual commitment to tradition and modernity. The Torah commands us to “love the stranger as we love ourselves,” and to remember that all humanity, male and female are “created in the image of the divine.”  The rabbis teach “that which is hateful to you, do not do another,” and that all humanity are b’nai Adam, children of the same parents Adam and Eve. In the words of Rabbi Nicole Roberts, “Thirty-six times our Torah calls for treating the stranger, the widow, and the orphan with dignity and not oppressing them; in the Torah’s commandment to feed the needy from the corners of our fields; in the Torah’s call to be stewards of the earth and to give our animals a day of rest. To claim that these ideas are not authentic to Judaism, stated clearly, boldly, and inscribed in our sacred texts, is simply myopic.”[3]  These are not particular but universal concerns.  Together they express our understanding of the essence of the Torah.  Our tradition teaches that the world and all its teeming life were created by God.  We are part of creation, created even after the insects.  We therefore cannot possess the world, but instead are stewards, commanded to care for creation.  This is not a particular concern but a universal concern.  Our interpretations of the texts are not forced but instead are based on a millennium of precedent and hermeneutical expositions.

The world we live in is far from perfect, and humanity is at the root of many of these challenges.  Poverty and inequality persist across the globe, and intolerance is a rising concern even in Western Democracies.  Species extinction, environmental degradation and global warming cannot be denied (these are but a few of the challenges we face).  Our world is indeed broken and in need of Tikkun Olam, repair[4].  Neumann contends that the term Tikkun Olamis not biblical and therefore is inauthentic. We embrace the long and developing history of the term.  Formulated in antiquity, like much of our tradition, it has been reinterpreted and utilized in differing ways in many generations. Its current authenticity is born out and established through its usage by the modern Jewish community of the 20th and 21st centuries.  It is an important expression in our partnership with God in responsibility to the world. Tikkun Olam does not replace the mitzvot, but instead expresses a communal commitment to fulfill the induvial mitzvot through which the world and humanity are transformed.

Neumann also creates a dichotomy between ethical (human to human) mitzvot and the ritual mitzvot between man and God.  Ritual is of primary importance, with ethics taking a distant second. Indeed, he particularizes the ethical mitzvot limiting them to Jew to Jew and asserts that this is the only authentic reading.  We reject such reinterpretation and particularity, and instead believe that far from dichotomous, the mitzvot form a unified system where ritual must lead to action and responsibility for all of God’s creation.  Even actions like creating a layning roster and keeping synagogue lights lit at least implicitly must lead to a realization of responsibility for the world.  On Yom Kippur we are yearly reminded that fasting, Shabbat, and even festivals like Yom Kippur are only meaningful if we feed the hungry and clothe the naked.  Rabbi Roberts asks, “Which is more important: the ritual mitzvot or the ethical mitzvot?”  her answer is instructive, “God does not wanteither/or.  God wants both/and.”[5]Likewise, Pirke Avot teaches that the world rests on a unified triad of prayer, Torah and acts of social responsibility.  We embrace this unity.

There is much that we can do better as we build our communities and institutions, yet with every change that we make Tikkun Olam must still remain at the heart of all that we do.  It is our responsibility both as rabbis and lay leaders to inspire our communities to take up this challenge.  In the words of a Hassidic master, the world will only be redeemed when we are not the same today as we were yesterday.  It will only be redeemed when we fully embrace our responsibility for Tikkun Olam.

About the Author: Rabbi David A. Kunin is Chair of the Council of Australian, New Zealand and Asian Progressive Rabbis and Rabbi of the Jewish Community of Japan.

Please fill out this form to share "[EDITORIAL] Our Continuing Commitment to Tikkun Olam" via e-mail.