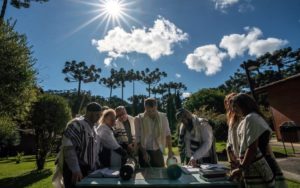 “At the Institute’ Kinus, led by rabbi Damián Karo, I met a group of rabbinical students and professionals dedicated to the purpose of progressive and open communities, who dive deep in the study of the sources of our diverse and ancient tradition – from the most historic to the present perspective. This experience inspired and renewed my own work that is to prepare the next 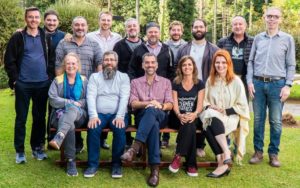 Students from 8 cities – five countries in the region and Europe – gathered to study, discuss, share experiences and train as future spiritual leaders of Latin American communities.

The Institute thanks Congregação Israelita Paulista and Congregação Beth-El for their continued support and warm welcoming during the Kinus, and especially highlights the participation of rabbi Rubens Sternschein and rabbi Uri Lam, who opened and closed the event.

Ibero-American Institute for Rabbinical Education Reform (IIFRR) is a joint project of the Union of Reform Judaism for Latin America (UJR-AmLat), Judaica Foundation and the Mishkan Jewish Spirituality Center. 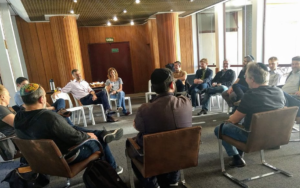 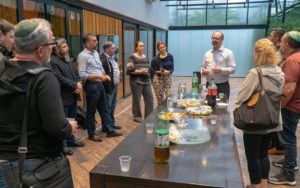 Please fill out this form to share "[BRAZIL] Rabbinic Student Meeting in Sao Paulo" via e-mail.