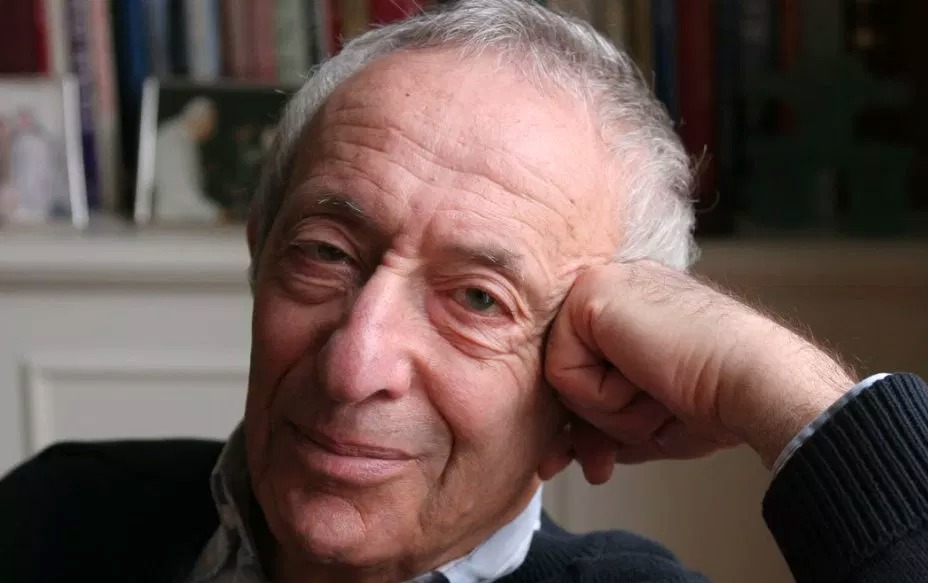 What can one say about a life lived so well and so thoroughly, in only a couple of minutes? David was an extraordinary man and I call myself privileged to have gotten to know him not only as a much respected senior colleague and mentor but also as a friend.

My very first encounter with David was curiously, a rather negative one. It was in fact not a personal encounter, but someone else’s perception of him. I was in the lucky position to have been offered more than one post after my ordination, and when I thanked the other community for their offer and told them I had chosen to work for the LJS its senior Rabbi said: “Well, if that David Goldberg gives you any grief, you come to us!” I like to think David would have found that quite funny. The fact is, many people seemed to see only one side of David. David was known for his forthright sermons and sharp pen, but in truth David was a complex mix of verbal acerbity and loyalty and kindness, intellect and wit, youthfulness and wisdom, meticulousness and generosity, authority and rebelliousness, gravitas and charm.

David projected a lightness of being that belied both his age and depth of care, which showed itself in his manner of walking and his habit of always singing/humming to himself whenever he went about the synagogue. Occasionally David would share what was really on his mind, which revealed that he was not as carefree as he seemed. He tended to share those thoughts during the quiet moments that we were waiting, all gowned up, in the Robing Room before a service. Another misconception about David was that many thought pastoral care was not his priority. It is true, David never spoke much about that side of his work, but I often found that when I arrived at a congregant’s house for an urgent pastoral visit David had already been.

David was not only a mentor to his younger colleagues, he really looked after their welfare. He insisted that we should take our day-off and that we pursue other interests beyond the potentially all-consuming congregational rabbinate. He taught us to create ‘a hinterland’ for ourselves, which for him were reflected in his tremendously wide and interesting circle of friends, his writing, his love for literature, music and the arts – contacts and interests which came to benefit the aesthetics and profile of the synagogue – and he had a love for cowboy films, walking and cricket, all of which would feature now and then in his sermons.

He instilled in his colleagues an eye for a well-conducted service; to the point (one hour maximum!) and accompanied by beautiful and fitting music. He had a great sense of occasion.  A superb preacher himself, he imparted the importance of a well-argued, beautifully crafted and perfectly timed sermon. David looked for intellectual integrity, clarity of thought, moral responsibility and personal honesty and a sense of gravitas, not just in his own work, but in that of others too and he always looked for excellence. Yet, despite all that he gave his colleagues completely free reign to do their work the way they saw fit. His colleagues also appreciated the fact that David would not tell them off, if he disagreed with their sermons, (although he would say if he did), but they would expect him to give a sermon about the same subject the next Shabbat!

He was loyally supportive and generous in providing opportunities for his younger colleagues to further their careers and happy to share in their success; thus it was David who suggested I’d might like to take a couple of services in Milan; and when an interview with me appeared in La Republica, he put both the article and a translation (provided by David) on public display in the LJS.

David argued that there are two kinds of Rabbis; those who seek to be loved and those who seek to be respected.  David was a Rabbi who wanted to be respected, and he was, but he was also loved. He could be witty and provocative and there was a youthful rebelliousness about him that gave him that timeless quality, which made him particularly relatable to young people. His witty banter would create a sense of camaraderie not just amongst his colleagues and the LJS staff, but also among the numerous teenagers whom we Rabbis would all take on a yearly Kabbalat Torah weekend.

Yet most endearing to behold was his relationships with little children, who felt very at ease with him. I have a vivid memory of him sitting on the LJS lobby floor with my daughter Emma aged 2 entirely engrossed in reading her a Dr Zeus book. Or the mutually loving bond he had with his grandson Oscar; in my mind’s eye I can still see him, sitting on the kitchen sofa, with little Oscar cuddled up against him …

Beyond work at the LJS there are countless personal memories: walks in Kenwood and along Little Venice to discuss synagogue politics. David and Carole’s wonderful hospitality which revealed their support for others, love and care for their children and their great team work. There are memories of breaking the fast after Yom Kippur at David and Carole’s and long lunches at which there was so much to talk while my girls played with Carole’s jewelry box and looked forward to go with David for a walk around the block with Daisy (the dog). And the countless, wonderful s’darim my family and I have celebrated at David and Carole’s, with Rupert often entertaining the children at the far end of the table and always ready to help out wherever he was needed – just as he has done these last very difficult months. With Emily, who became a wonderful nanny to our children when we were between synagogues and with Carole, David’s greatest support, wonderful hostess, the one who managed to read ‘one kid, one kid my father brought for two zuzim etc’ in one breath the furthest, a Goldberg tradition my children have insisted we carry on in our s’darim too.

David faced the end with dignity, pragmatism and a degree of wry humour. When I spoke to him before his last operation he remarked, ‘after all I have done for God, this is how He repays me!’ There is, as always, much truth in it. Life was not always kind to him. After his kidney transplant he did live on extra time, and he used that time to the full: travelling with Carole, reading, writing books and articles, doing all the things he loved and did so well, but the last years were cruelly painful and leave us with a sense that he gave more than he received … all those gifts and memories, may they be for a blessing, always. Zichrono liv’racha.