One of my favourite quotes is by Martin Nieumöller, and I found a modern-day adaptation of it on Twitter. I share them now because they’re something that we can all learn from.

Earlier this week, the Trump administration’s intention to make the US’ legal concept of gender synonymous with sex, and thus allowing its citizens to only be federally acknowledged as the sex they were assigned at birth, was released by the New York Times. In their words, “the new definition would… eradicate federal recognition of the estimated 1.4 million Americans who have opted to recognize themselves — surgically or otherwise — as a gender other than the one they were born into.”

When I read about this, I was appalled, angry, and ready to resist. I scrolled through a variety of #wewontbeerased posts and sent likes flying in all directions towards trans activists. I read up about what was happening. But I didn’t actually DO anything. My beliefs were never translated into any actions capable of making a difference. Fast forward to five days later, yesterday, and I’d already subconsciously assumed that my role in this fight was done. I’d accepted that being alone and angry in my own bedroom was the most that I could do. I’d become something that I am not proud of – a well informed, but completely silent, bystander.

Last night, the news came of white supremacist, Robert Bowers, shooting up a synagogue in Pittsburgh, killing 11. As most of you know, I am living in Israel at the moment alongside other Australian Jewish youth, and the news both shocked and scared us all. Not even two hours later, and another chilling story had reached us. We were sent a post that Bowers, now a mass murderer, had retweeted in the past, which included a photo of my friends and fellow community members at a peaceful, pro-refugee rally in Sydney. The original post was accompanied by hateful words, ‘Kick the Jews OUT! This is Not Their Home! No One Wants the Whiny Kikes!’

A direct attack on my loved ones and community. For the second time this week, I was enraged, and filled with a desire to fight discrimination. But this time, I was a part of the victimized community, and was the one who had the desire for others, non-Jews, to care.

And then I realised the irony of it all. How could I make a post about what had happened, and expect non-Jews to do more than send likes and comforting messages in my direction, if I hadn’t done anything more than this given the opportunity to earlier in the week?

I know it all sounds so obvious written down, but I encourage you all to question how much action you take in fighting the discriminatory structures in our society that, on paper, you are against. It all boils down to this – myself, alongside the Jewish community, can’t fight antisemitism alone. Just as the trans community can’t fight Trump’s invalidating and heidous intentions alone. I am ashamed that it took an attack my own community for me to realise how inactive I’ve been in the protection of other minority communities. However, I suppose I post this now as an active commitment to change my behaviour. And I hope it makes you think, too. 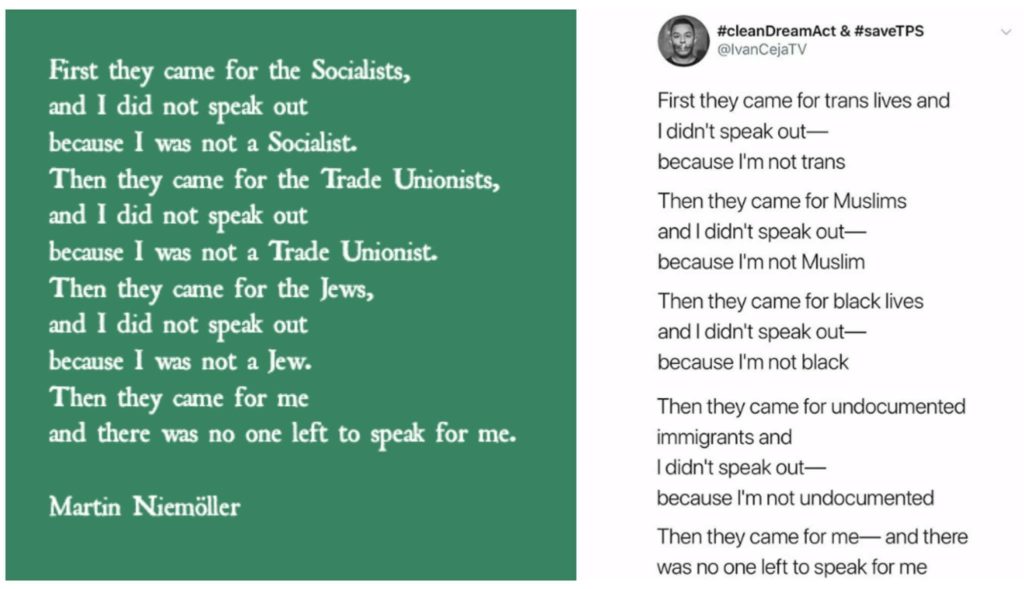 Tahlia Bowen just completed her year on Shnat Netzer and shared the above reflections before heading back to her native Australia.

Applications for 2020 are open today! Sign up to receive more information and apply to join us in Jerusalem! 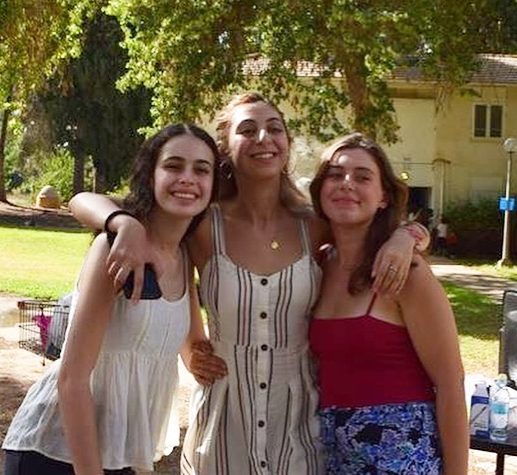 Please fill out this form to share "Turning Words into Action" via e-mail.