This is an unusual travelogue for me.

The afternoon before Rosh Hashanah, I was eating lunch at a Balinese vegan food restaurant with a Frenchman.  He was telling me that he had put up a mezuzah on the door of his Balinese hotel room, when three lovely young Indonesian women, sisters from Jakarta, turn from their table and say, “I just couldn’t help but overhearing.  Shanah Tova!”

This year I volunteered to serve a small and unusual kehillah (community) in Bali, Indonesia.  I was the only rabbi in this vast country of 250 million people, spread out over 17000 islands.  I did not receive any compensation, except for an airplane ticket, thanks to the World Union for Progressive Judaism.  I arrived two days before Rosh Hashanah, so I could get a leg up on the jet lag.  I was briefed extensively by a friend who served here two years ago.  He was the first rabbi to serve this makeshift congregation.  I was well prepared and knew exactly what to expect.  At the same time, I was in for the most memorable High Holyday experience of my career.

Judi and I had traveled to Bali when we were young, in 1980.  We returned for a second visit in 2012.  Everything had changed.  This was our third visit.  Motorbikes are the primary culprit.  They are noisy and they clog the roads with traffic that made my head spin.  Previously rural areas are now developed with concrete and western style stores and shopping malls.   The tourists have arrived, and they continue to arrive in droves every day.  One out of five people present in Bali at any given time is a tourist.

When we came in 1980, we carried back packs and stayed in small inns for a dollar or two a night.  We cashed our traveler’s checks and kept a careful accounting of our rupia. Now, we have credit cards and bellmen schlep our heavy suitcases (why did we bring so much?) to our hotel rooms.  Like this pearl of an island, we have changed a lot in 40 years.

I came solo.  Judi stayed behind for Rosh Hashanah to mother her family and take delight in our son, Aaron’s role as the rabbi and preacher at Washington Hebrew Congregation.  She left after Rosh Hashanah and joined me in Bali.  We traveled a bit between Rosh Hashanah and Yom Kippur and returned to our home base and “synagogue” in time for our Day of Atonement.

During the holy days, we lived in the home of our host Liat Solomon.  Liat is the spine and the muscle and the eyes and the ears and the heart of this small Jewish community.  Liat, with her partner Rick, run a vegan empire on this small island, employing more than 350 Balinese in the production and sale of vegan food at her own restaurants and shops.  She is Israeli with a French passport and has been in Bali for 22 years.  While I missed out on chicken soup and Judi’s brisket, we ate healthy and heartily over our time together.  The food was spectacular.

Liat is the Jewish mother of Reform Jews in Indonesia.  She competes with a Chabad House close by.  It is not really a competition.  The Chabad house has no rabbi there either, and it is run by a young couple who inherited some money and later became Orthodox.  Every Shabbat, inquiring Jews in Bali have two options to welcome the Sabbath bride.  The Chabad house is strict in its worship, with a mehitza separating men and women.  They want to make sure that everyone who attends is Jewish, by their standards.  Liat’s home is gentle and accepting.  All are welcome and no questions are asked.

There is a legend in Judaism that God sustains the world on account of 36 righteous souls who are hidden away doing good work quietly, without acclaim.  Liat Solomon is not only one of the 36, but I am convinced that she is the first on this special list.

Her home, in the fashion of Balinese homes, is open.  Weather is not a concern here.  There are rooms and guest rooms and a swimming pool and a dance studio.  Like many westerners, Liat has a crew of Balinese staff to keep the place clean and to keep us and the dogs well fed (Oy, the dogs—three Great Danes, one small black Pekinese, and a Chihuahua who all together at 2:00 every morning sing a chorus to the moon.)  Liat adopted these dogs.  All of them have a story and all of them became hers.  She cannot bear to see a living thing suffer.  Liat has a daughter who is spending her senior year of high school in Israel, and an eight year old son who commutes to his school on the back of a motorbike.

Around the compound are rooms tucked away and people show up and stay for a while usually to help her in her business.   Everyone is remarkable, and everyone has a story.

No Jew comes to Bali for the express purpose of creating a rich and meaningful Jewish life.  So everyone I served over the two holy days and shabbat sought out something Jewish, some connection to their past and showed some level of desire for Jewish practice and connection.  Judaism and Jewish life is tenuous in this Hindu Island in this Muslim country.  Formally, Judaism was illegal until two years ago.  Now it is “tolerated.”  Everything Jewish is under the table and not out in the open.

Every Shabbat, Liat welcomes all who come for Shabbat dinner.  Every week, between twenty and fifty people are graciously received and amply fed.  A donation box is put on the counter, and some people put in some.  The contributions don’t come to much considering the effort expended, but people give some and it helps.

The dance studio was transformed into a synagogue.  The mirrors were draped with white and gold cloth.  We used the Gates of Repentance as our worship text, donated by Temple Emanu-El of Denver, Colorado.

Serge Davis, a Parisian twelve years my senior, was my helper.  He loves his Judaism.  He is a raconteur of fascinating stories and interesting facts.  He is kind and gracious and loving.  He takes care of the religious matters.  Serge lives in Bali for 8 months of the year, and he travels to Paris twice a year for two months at a time.  He is proud to share that when he is in Bali, his bank account grows and his belly shrinks.  And when he goes to Paris, his bank account shrinks and his belly grows.  He made sure that we had a shofar and a non-Kosher Torah scroll (printed on rollers—an appropriate Bar Mitzvah gift, perhaps, for a Parisian thirteen year old) which worked just fine for us in our vegan enclave.

I was blessed by the presence of Dan Kohane, an extraordinary young Jewish musician from New Jersey who was a Jewish songleader and then earned a master’s degree in composition at the Eastman School of Music in Rochester, New York.  He came to Bali to learn to play the gamelan and he has stayed for three years.  Dan does everything.  He can play anything on the guitar and the piano is his instrument of choice.  He sings beautifully.  Dan not only sang Kol Nidre, but he accompanied himself on the electric keyboard as he sang it.  Cantors take note, I have never heard of anyone able to do that in my decades of leading worship.

And Dan has friends.  People Dan invites just show up.  For our evening services, we were blessed by Kelsie from North Carolina who sang for years in the North Carolina Opera company.  During the days, Mikey showed up with his violin.  His father is from the Philippines and his mother is Balinese and he taught himself the violin.  He can play anything.  Dan and Mikey are two parts of Indonesia’s only Klezmer band.  The clarinetist was out of the country.  Our Holy Day music was fabulous and inspiring.  We had all the big pieces that mark the holy days.  Who would have thought?

I was told that the biggest attendance would be Rosh Hashanah evening, and so it was.  We had about forty people, people from all over the world with several children, too.  First we had our worship service and then dinner.  A side note, I was blessed that Rachel Aland, a young woman from Birmingham and her husband Cord join us for Rosh Hashanah.  They flew in from Singapore.  In the morning, we were just shy of a minyan (the quorum of ten Jews required to do a complete worship experience).

I was a bit dismayed.  But I shifted gears.  I taught, we sang, we did many of the prayers permissible without a minyan, and we were together in the studio for nearly three hours.  There was no show and no pretense.  The same was true for the entire holy day season.  Simple short sleeve white shirt, no coat, no tie, no shoes for that matter.  Easy.

And then the beach for Tashlich with guitar and bread crumbs.  The sun quite literally set on our sins.

On Yom Kippur, we gathered together at 5:00 for our meal prior to the fast.  Throughout the day, we had a core group of people and others came and went.  We never had more than twenty.  We worshipped with Iris from Italy living in India and coming to Bali now and then; Sylvie from Argentina who came to escape the financial downturns in her home country; Ben a remote working lawyer from North Carolina and his 16 year old son, Aaron; Olivier (French) and Johanna (Finnish and Yeminite), restauranteurs in Bali; Avi, an older Israeli married to a Balinese woman; Jessica the graphic designer from Colombia; Stephano from Capetown; Danielle the surfer girl from Hertzelia, Rick from Amsterdam and Liat and Serge.  Julie from Israel joined us in the afternoon.  And Judi and Dan and the musicians filled out the congregation. I felt rather ordinary in this adventurous crowd.  We got to know each other.

On Yom Kippur afternoon, between the morning service and the study sessions, we lay on yoga mats for a musical meditation fitting the spirit of the day.  We studied Jonah and Maimonides’ laws of Repentance.   We were cocooned in the compound.  I didn’t have to drive or park or hear traffic.  Yom Kippur was perfect, quiet, contemplative, fascinating, gentle and beautiful.

When the shofar sounded, we hugged and returned for some more healthy food lemonade, sweetened with agave nectar.   It was a sweet sweet New Year.

I wish that all those who read this could experience these Jewish holidays, Balinese style.

Rabbi Emeritus Jonathan Miller provided enthusiastic leadership for Temple Emanu-El from winter 1991 to summer 2017. Previously, he served as a rabbi at Stephen S. Wise Temple in Los Angeles and Temple Shalom in Auckland, New Zealand. Rabbi Miller was ordained in 1982 at the New York Campus of  the Hebrew Union College, Jewish Institute of Religion, where he has received an honorary Doctorate of Divinity and a a Masters of Arts in Hebrew Letters.   Rabbi Miller graduated from Brandeis University with a degree in Near Eastern and Judaic Studies.  Rabbi Miller grew up in Wichita, Kansas, Malden, Massachusetts, and Rochester, New York, where his father, Judea Miller served as rabbi.  Rabbi Miller is married to Judith Schulman-Miller, and they have three children: Rabbi Aaron and his wife Lauren, Alana, and Benjamin. 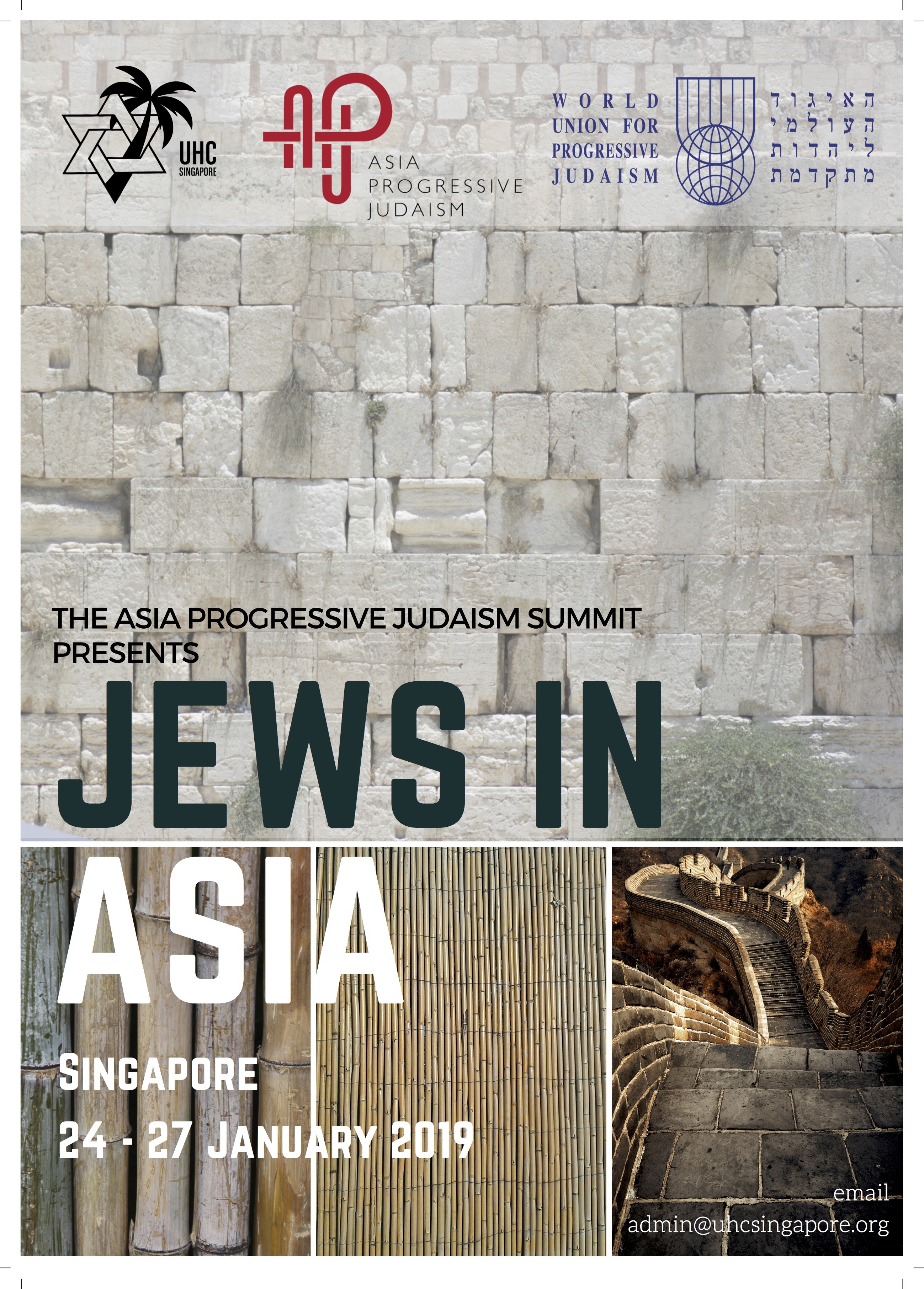 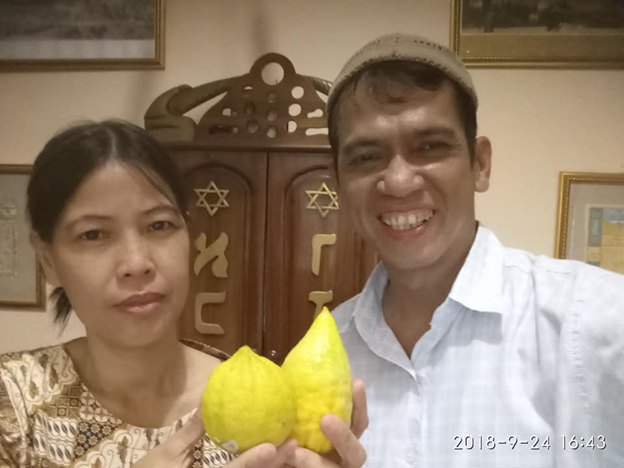 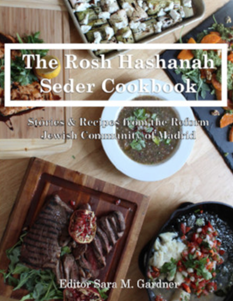