Earlier this year, while I was diarising our summer cruise dates, I realised that we would land in Lisbon the morning before Rosh Hashanah. I knew we had a Progressive/Reform kehillah there – Ohel Jakov – as I had had the pleasure of meeting some of the community members four years earlier; and so I contacted their passionate leader and champion – Adriana de Souza – and arranged for us to join them for dinner and a service on Erev Rosh Hashanah, in their proudly sacred space– a five room apartment (up three flights of stairs, in an old building, hidden away in a suburb of Lisbon), which they had recently reorganised, repainted and refreshed. They had a “synagogue”, library, meeting/dining room, office and kitchen with a small balcony. 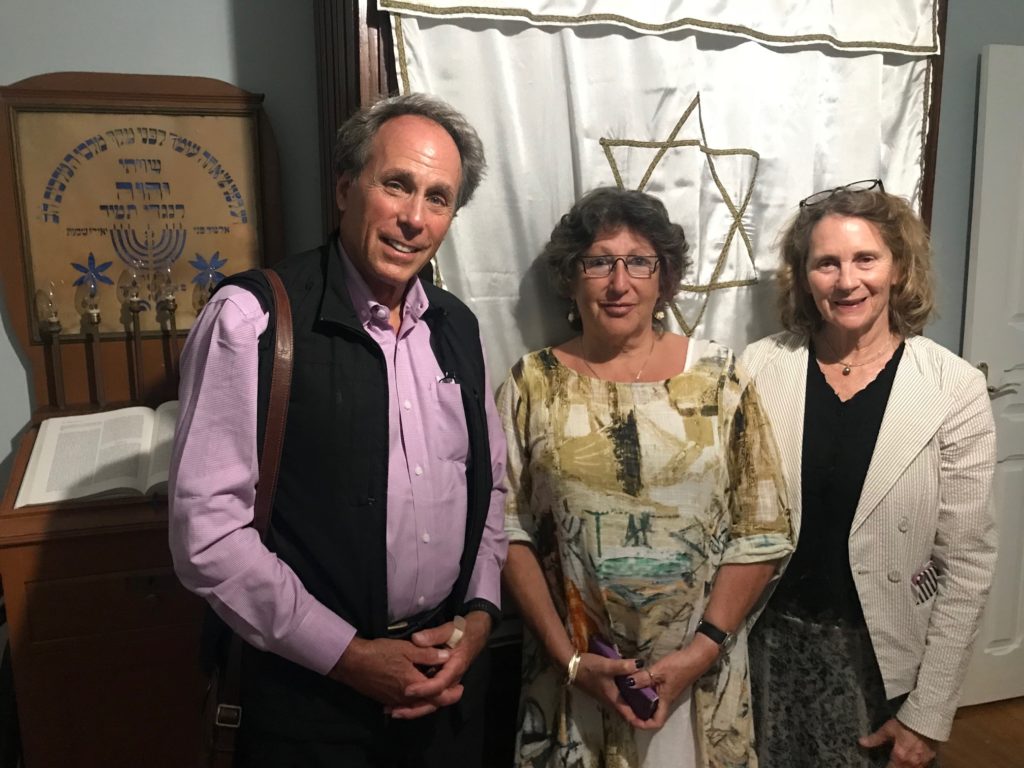 Four years ago, they had approached the World Union for help to provide them with resources, serious online learning opportunities and assistance with conversion preparation for many of their members. They were enthusiastic to be part of a movement that would welcome them as they began the journey to reclaim their Jewishness. In many cases, years of being brought up as Christians, knowing that this did not feel “right” for them, they discovered later in life that in fact their families had been Jewish in the past; and that many could trace their families back 500 years before the expulsion of Jews during the Spanish Inquisition. Their stories were extremely moving, as was their desire to be accepted into the global Progressive movement. Members undertook regular studies on line with Rabbi Alona Lisitsa  in Israel, who successfully prepared them for their conversion through the European Beit Din.

In 2016, at the European Union for Progressive Judaism (EUPJ) convention in London, with representatives of the kehillah present, the WUPJ welcomed Ohel Jakov as their newest affiliated member congregation. I was so pleased to be there and to be able to share their excitement. Subsequently, earlier this year, in Prague at another EUPJ convention, I again met up with Adriana, the mainstay and advocate for this community. And on Erev Rosh Hashanah, we were once again greeted with open arms and hearts by Adriana, her family and the smiling faces of some 20 members of this community.

Also present were other overseas visitors: a young secular Israeli couple, travelling around Portugal, a couple from Santa Fe New Mexico (whose rabbi– Rabbi Neil Amswych – I had known in London); and a young Argentinian man and his American, Portuguese- speaking girlfriend, all of whom had searched online for a Reform community. I suggested that if they were regular travellers that they should load the WUPJ Find a Community app on to their phones so that they could contact more easily our 900+ worldwide communities, where they would be made to feel as much at home as we were that night.

At the end of the short service, we heard the sound of the shofar, blown with pride by one of the members of the congregation. We then ate, situated around a long table overflowing with home- made food, good conversation and sharing our stories. Adriana asked me to say a few words of welcome. This proved to be very emotional for me: it was the first time in a long time that I had not been with my immediate family in Australia or my cousins in Israel; but I was able, on behalf of the World Union, to express my joy at being able share this special day in our calendar with fellow Progressive/Reform, and even secular Jews, who had come together, to celebrate together as an extended family. 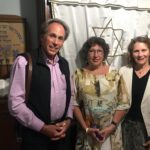 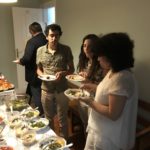 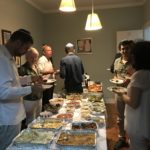 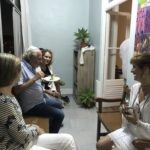 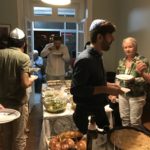 I’d like to take this opportunity to wish all members of our global movement, who are, to me, like a global family, G’mar Chatimah Tova – May you be inscribed for blessing in the Book of Life, may you be healthy, find happiness and may you enjoy many opportunities to enhance your travels by making new friends in our communities around the world.

Phyllis Dorey hails from Melbourne, Australia where she was recently awarded (2018) the Medal of the Order of Australia (OAM) for her service and leadership to the Jewish community. She also currently serves as a Vice Chair of the World Union for Progressive Judaism.

Please fill out this form to share "[PORTUGAL] Rosh Hashanah in Lisbon: A Tale of Discovering Connections and Family" via e-mail.