We are always excited to say hello and welcome bogrim, or graduates, who are traveling through Israel. But from time to time, we find ourselves gearing up for a special kind of welcome: opening our doors and hearts to Netzernikim who have made Aliyah.

We see them in our Jerusalem offices and when we run activities for olim, new immigrants. Many of them stay involved in the Progressive movement in Israel and join Progressive congregations in Israel. We do our best to keep in touch, inviting them to Netzer and Tamar activities, asking them to lead sessions at our Shnat program, and ,at times, we even manage to hire them for educational and youth work.

It is always so joyous to see these new Israeli citizens starting a new life here in Israel, getting involvement in the movement, and making their way into Israeli society. Every once in a while, we even have special olim, who having grown up in the movement, chose to enlist in the IDF as part of their aliyah-integration process.

Over the past two weeks, I, personally, had the privilege of attending two IDF ceremonies and a wedding of three very special olim, who were all graduates of Shnat Netzer, our gap-year program in Israel and active members of their snifim in the UK, South Africa and Germany. Please join me in congratulating and heralding the achievements of these three individuals, and wishing them continued success in their path. 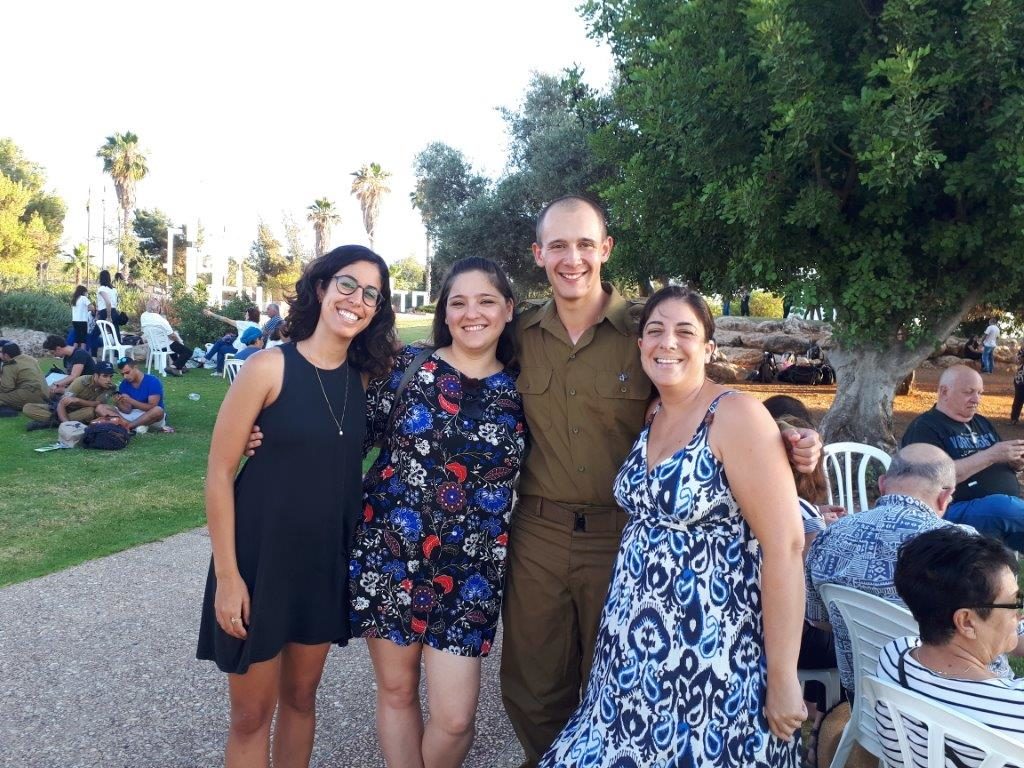 Ben Crome grew up in the UK; attended Shnat Netzer about seven years ago, and became a movement worker for RSY- Netzer. After making aliyah about one year ago, Ben was hired to serve as the Educational and Branch Relations Coordinator for Netzer Olami, utilizing his experiences in the movement, his attentiveness to detail and communication, and drive in Israel education and Netzer ideology. Ben was a more than an asset to our team. He became an integral cog in our global wheel of Jewish education and Reform and Progressive values. The ONLY reason we let him enlist in the IDF was because of his undying passion to join. Last week, Ben completed his training in the IDF’s Spokesperson Unit – an achievement he also completed with distinction (as are many things Ben does). I brought my own children to Ben’s ceremony, and we were all overcome with emotion and pride. 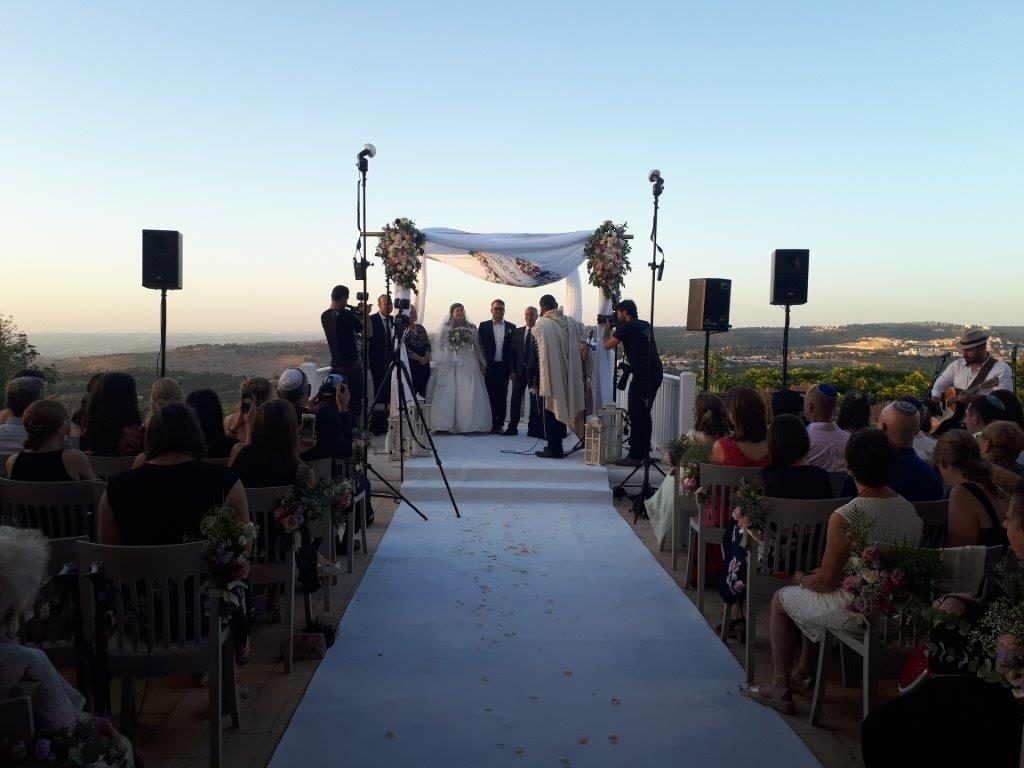 Leora Kessler grew up in Cape Town, South Africa. I first met Leora when I was a shlicha, serving as a counselor in a summer camp and she was a camper – she was also still named Lauren having Hebraized her name later on. We met again a few years later, when I was the Director of Shnat Netzer and she was a participant. She returned to Netzer South Africa from Shnat empowered and engaged, she was hired by the Zionist Federation, lived in a Moshe House and grew to be a remarkable young educator and leader. We kept in touch over the years, and I was so excited to hire her as a madricha for Shnat Netzer. Just last week, I attended Leora’s wedding to the love of her life. Dancing at her wedding with her friends and family – many of whom are activists in the global Reform movement, leading educators, and social justice and Israel activists in Israel around the world – as Leora and Yos set off on a life of Jewish education, Reform engagement, I felt our pathways come full circle. 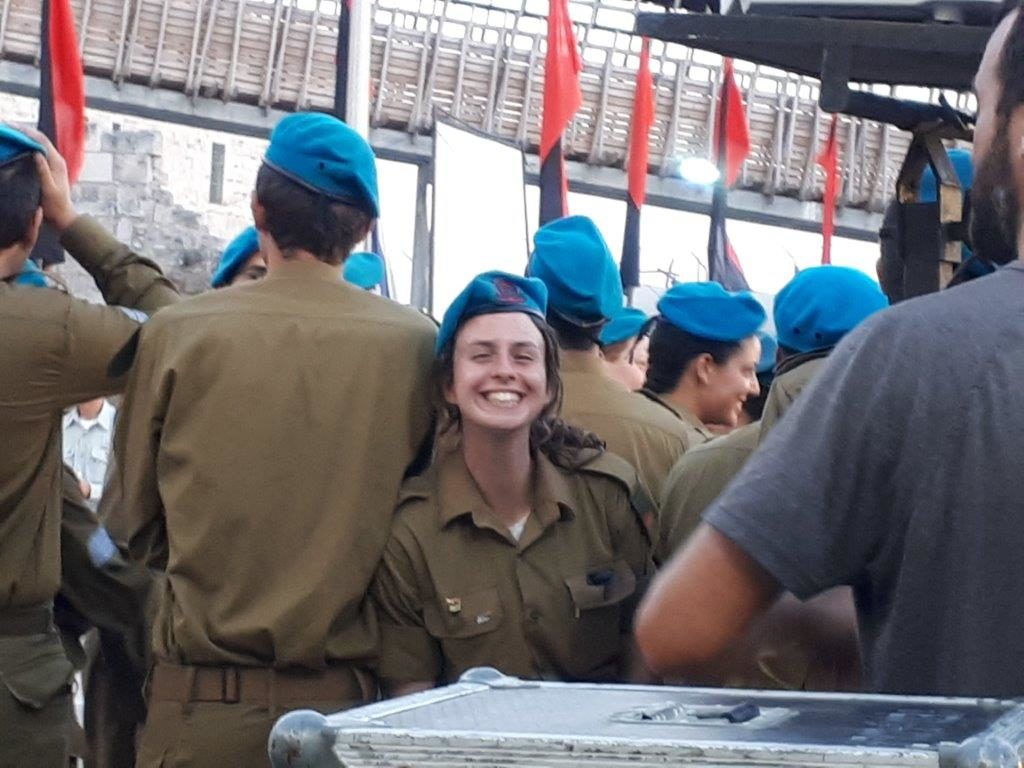 Beaming with pride: Netzer Germany graduate, Sharon, at her IDF combat unit ceremony in Jerusalem. Patrizia moved to Israel in 2016.

And then, as if these two moving events last week were not enough, this week I attended another moving ceremony. Sharon (Patrizia) Berhovsky is a committed Netzernik from Germany. She grew up in Netzer, was a participant on a Netzer exchange program with Noar Telem, Israel’s Reform youth movement branch, and later participated in Shnat Netzer. During Shnat Netzer, Sharon decided she wants to move to Israel and was passionate about enlisting in the army. Last year, we took all our shnattim to her graduation ceremony up north, where she was honored as a soldier of distinction. Sharon served for a few months before realizing her dream is to serve in a combat unit. She fought to be accepted to a combat unit course, and on June 24, I attended her graduation ceremony at the Kotel.

I could not be prouder of these three Netzer bogrim, and of all fellow Netzernikim who have made Aliyah. I am in awe at the drive and commitment of each of them to Israel and am so grateful to have been part of their journeys.

On behalf of Netzer Olami I wish each of them success in every step of their journeys. I also want to thank them for their passion and dedication to our movement, to others and to Israel. Netzer will always be your home in Israel and everywhere you go in the world. 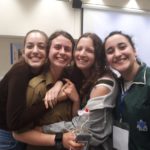 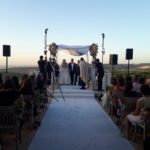 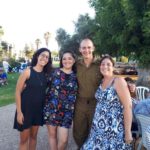 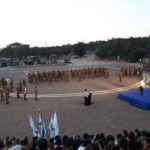 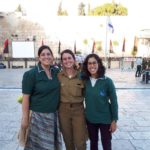 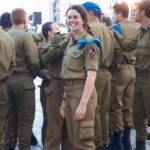 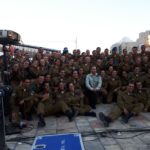 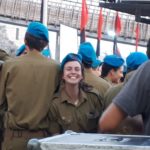 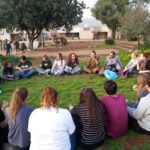 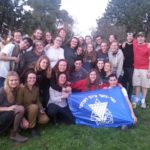 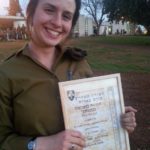 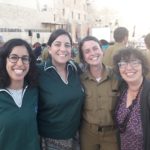 Above: Robin Moss, Director of Strategy for the UJIA Centre for Israel Engagement and former movement worker for LJY-Netzer and current Officer (Trustee) of Liberal Judaism recites one of the seven blessings for the marrying couple under the huppah in Jerusalem.

Lior Argaman is the Director of Youth and Young Adult Engagement at the World Union for Progressive Judaism in Jerusalem. 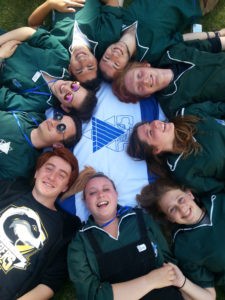 Please fill out this form to share "[ISRAEL] Two ceremonies and one wedding: Netzer Dreams of Israel Come True (Hagshama)" via e-mail.