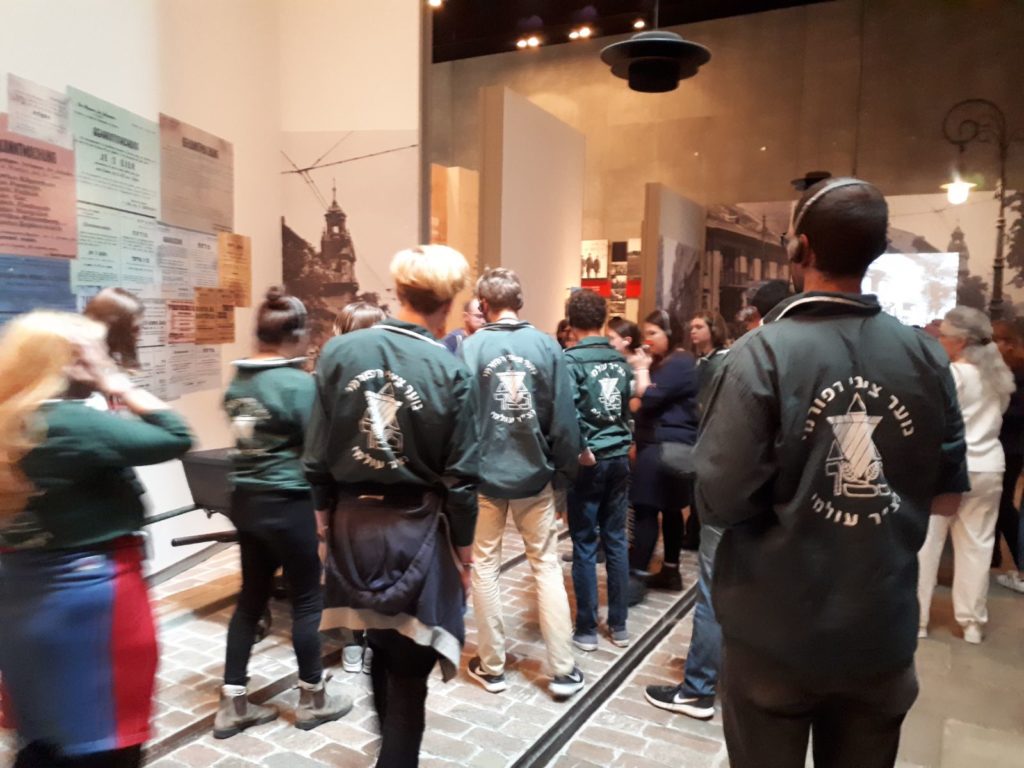 In honor of Holocaust Memorial Day, April  13, 2018, Shnat Netzer joined 500 other gap-year program participants in a MASA-sponsored day of tours and discussions at Yad Vashem, the World Holocaust Remembrance Center in Jerusalem.

Shnat went on the ‘First Timers’ track with a two-hour guided tour of the museum followed by meeting with a survivor to hear, first-hand, their testimony.

“Today was a very, very meaningful day. Perhaps the most meaningful thing was when I considered the magnitude of all we had seen and thought of how much more there was still to see and learn about here at Yad Vashem,” said Michael Sacks a Shnat Netzer participant from Australia. 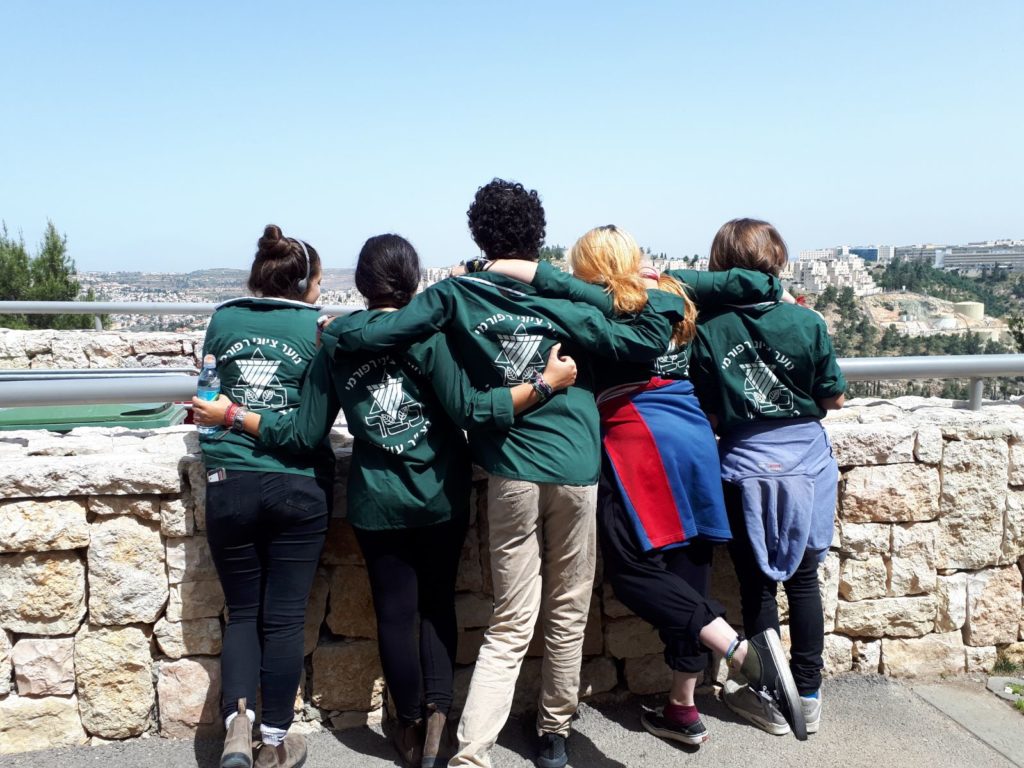 “I think coming here today to the Holocaust Memorial really gave me a platform to understand my past and also help me know where Im going. And it showed me life isn’t meant to be spent being bitter about what happened but rather being excited about what is going to happen,” reflected Jess Sand, Shnat Netzer participant frm Australia. All of Jess’ grandparents survived the Holocaust and immigrated to Australia following the war.

“Today was a very hard day for me. There was a lot of weight, it went by very quickly and every second felt like an hour. The thing that really sticks out in my mind was as we finished the tour, there was this glass floor which allowed us to walk over these piles of shoes representative of the Jews who were sent to the gas chamber. That image is etched into my mind and is definitely something Ill take with me from today to think about,” Nathan Angert, Shnat Netzer participant from Australia. 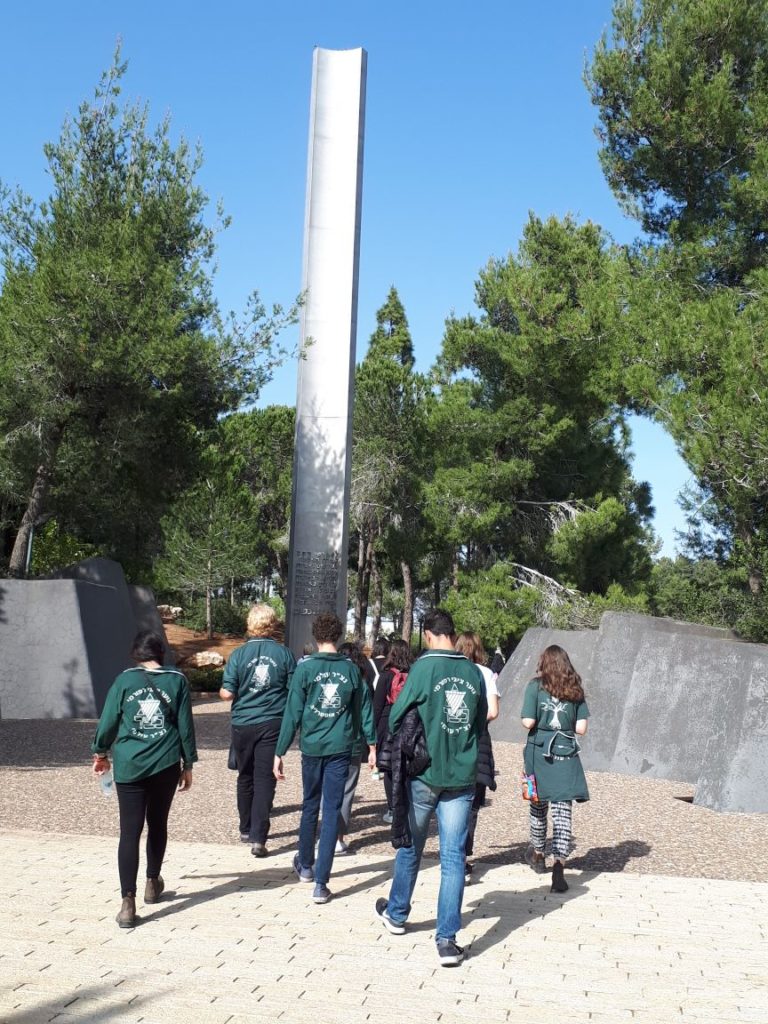 “I got to experience Yad Vashem through a different lens considering Im here on Shnat, in Israel and it is Yom HaShoa these very moments,” Sam Prettyman, Shnat Netzer participant from the UK.

“Today, at Yad Vashem, I learned a lot more about the history of the Holocaust. Hearing the experience from a survivor, especially on Yom Hashoa itself, was incredibly moving.” Sal Janks, Shnat Netzer participant from Australia.

All 500 young adults came together in the central memorial hall for a ceremony that included lighting the eternal flame of memory and singing Israel’s national anthem, Hativka.

Netzer staff also in attendance remarked on the incredible impact the day’s journey had on them. “As Israelis who grow up with this day, and with survivors in our own families, to learn about the Holocaust almost anew with Shnat participants this year has been eye-opening. Today’s tour and testimony, and talking with Shnatties together, overall deepened my understanding of how the Holocaust is understood for Jews outside of Israel, particularly the next generation,” noted one Shnat staff leader.

See the video below to experience this moving moment.

Please fill out this form to share "[Israel] In Their Own Words: Shnat Netzer Spends Holocaust Memorial Day at Yad Vashem" via e-mail.