The World Union joins our regional partners, and members of our global Progressive movement, in issuing the following statement protesting the deportations of asylum seekers in Israel.

You shall not wrong nor oppress a stranger, for you were strangers in the land of Egypt. (Exodus 22:20)

We strongly urge the Israeli government to reverse its decision and recognize the legitimate status of the 37,885* asylum seekers in the country.

These asylum seekers, including men, women, and children—primarily from Eritrea and Sudan—are likely to face imprisonment, indefinite military conscription, additional expulsion, physical harm or even death if they are deported. The plight of Jewish refugees inspired the nascent State of Israel to ratify the 1951 United Nations Refugee Convention, a commitment that is being ignored today. A State founded by refugees should feel a special responsibility to provide safe haven to those facing persecution and violence.

We are equally disheartened by the rhetoric used to incite the public against asylum seekers. Prime Minister Netanyahu’s blanket rejection of the status of “refugees” for those who have fled to Israel (calling them all “infiltrators”) and his assertion that granting refugee status to these asylum seekers endangers the Jewish character of the State belie the facts.

We recognize that there are many in the world in need of assistance, and it is unreasonable to expect Israel to accept an indefinite number of newcomers. Still, Israel has the ability to assist and absorb the 37,885 asylum seekers already in the country. The real threat to its Jewish character is the refusal to provide shelter to the persecuted.

*According to the Israeli Population and Immigration Authority

To read the statement of the Israel Movement for Reform and Progressive Judaism to the Government of Israel, click here.

Click here, to read the response of the Movement for Reform Judaism in the UK. 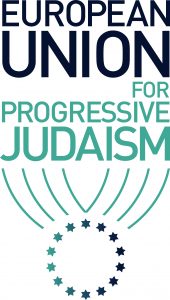 STATEMENT FROM THE EUROPEAN UNION FOR PROGRESSIVE JUDAISM | 15 FEBRUARY, 2018

You shall not wrong nor oppress a stranger, for you were strangers in the land of Egypt. (Exodus 22:20)

The European Union for Progressive Judaism urges the Israeli Government to withdraw its plan to force asylum seekers to choose between imprisonment and expulsion to third countries in Africa. Instead, the Government should prepare a proper and proportionate plan for coping with this migration, consistent with Israel’s values as a Jewish and democratic state; with the sensitivity of Jewish tradition to the stranger and the refugee; and in accord with international law. This plan should also provide a proper response to the social distress facing the neighborhoods of south Tel Aviv and other areas.

We join our brothers and sisters across the spectrum of Jewish observance in the belief that “[a]s a people who were once refugees, and were once strangers in a strange land, we believe we have a special obligation toward refugees, whatever their religion or race.”  The plight of Jewish refugees moved the State of Israel to ratify the 1951 United Nations Refugee Convention, an obligation that is being ignored today.

We are saddened by the rhetoric used to incite the public against asylum seekers. Stoking hatred and fear can never contribute to the wellbeing of a community or a nation.

We recognize that there are many in the world in need of assistance. Israel cannot be expected to accept them in indefinite numbers. Still, Israel has the ability to assist and absorb the approximately 38,000 human beings who have already sought refuge in the country.

We urge the government of Israel to formulate a new approach to asylum seekers already in the country and to prepare a guidelines for managing new refugees that are humane, fair and in keeping with international legal obligations. Work with the UN High Commissioner for Refugee and the multitude of Jewish and other agencies that have offered assistance in addressing the plight of the existing asylum seekers in Israel.

We call on the Israeli government to ensure a genuine and viable possibility to submit asylum applications for all those interested in so doing; rapid and thorough examination of the applications; approval of applications at a rate comparable to other countries around the world; the granting of status to those who have been in Israel for many years and for minor (children) asylum seekers; and ensuring basic services in the fields of education, health, and welfare. Use the lessons from years of resettling Jewish refugees, cease concentrating refugees and asylum seekers in specific neighborhoods. The government’s policy should be implemented in a transparent manner, one that ensures both refugees and asylum seekers have safe and durable solutions to their plight.

Please do not expel these individuals who have sought refuge among the Jewish People. Let us work together to address these challenges. A State founded by refugees, a people called to compassion and by its religion and history should feel a special responsibility to provide safe haven to those facing persecution and violence.

Please fill out this form to share "Statement from Progressive and Reform Jewish Movement on Expulsion of Asylum Seekers from Israel" via e-mail.