Our hearts are with our Reform communities in Houston, who are still recovering from the devastating effects of Hurricane Harvey. Most of the Jewish synagogues and institutions in the Houston area have been flooded and, of course, hundreds of thousands of people are still without water, power or access to their homes. We have heard from the Jewish Federation of Greater Houston that 71% of our Jewish population live in areas that have seen massive flooding. Just a few short months after we celebrated with our Reform sisters and brothers in Houston – honoring Dolores Wilkenfeld and Steve Breslauer- we send the entire community our thoughts and prayers as they begin the rebuilding efforts. 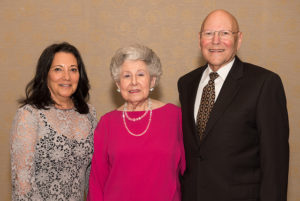 For ways you and your congregations can help, visit Five Jewish Ways to Help After Hurricane Harvey via the Union for Reform Judaism (URJ) in North America.

Please fill out this form to share "Extending our Hearts and Hands to Reform Jews and Congregations in Houston: How You Can Help" via e-mail.