The 2017 Beutel Leadership Seminar in Jerusalem, Israel was a unique opportunity for me to dive into a world that, living in the diaspora, was distant from my everyday reality. This was my first time in Israel, and the Old City was as enchanting and symbolic as I had imagined. As I sat at Beit Shmuel in discussions about the difficulties each Jewish community experiences around the world, I could glance at the walls of the Old City just a short walk away and think about where I was and how I got there. I learned a great deal from Rabbi Steve Burnstein and Paul Liptz throughout the program; they kept us rooted in the details of the geopolitical-partisan relationship of the State of Israel and the loftier, more spiritual meaning all this has to us as Jews, both as Jews who live in the Diaspora and as Reform Jews. 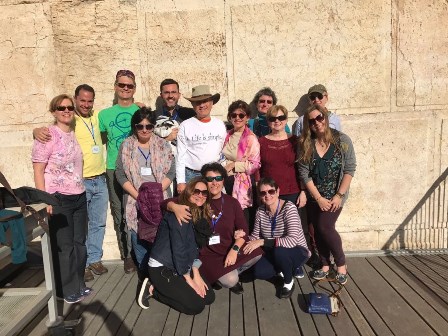 At the end of the program it became clear to us, as participants from Reform communities in Brazil, Canada, the United States, United Kingdom, Belgium, Italy, Israel, Poland, China and Australia, that while we have a great deal in common, we also differ greatly in our congregational needs, character and practices. During the course of the Beutel Leadership Seminar we learned by sharing with each other, exchanging experiences and offering ideas, and we agreed that as we headed to our home communities we were renewed both by our togetherness and by the skills we acquired as individuals. 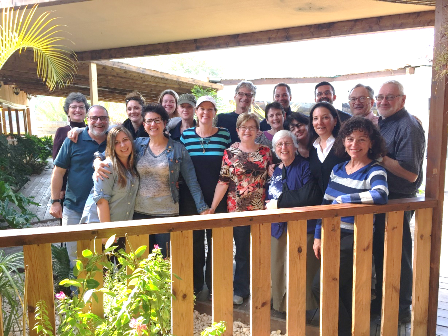 As I head home and say goodbye to my dear colleagues from the seminar, I realize that what was once an expectation of what lies ahead is now clearly a long path to pursue, but I am not deterred because I no longer feel alone. Throughout the history of the Jewish people, we have shown resilience and fortitude. Visiting historical sites in Israel, learning about our Zionist forefathers and pioneers and following their footsteps across Israel, I was inspired with the weight of our people to continue my sacred work. It’s a path that invites debate in communities – the role of Israel and Zionism, for example, is a heated one – but I am prepared and equipped to take on the challenges and strengthen my community in dialogue. As Rabbi Steve Burnstein wisely advised us, “take a deep breath and dive in.”

About the author:
Nelson R. Brutman lives in Belo Horizonte, Brazil with his wife and daughter. He looks forward to becoming more engaged in Jewish life in his local community.

Please fill out this form to share "Leadership in Footsteps Across Jerusalem: Reflections on the 2017 Beutel Leadership Seminar" via e-mail.