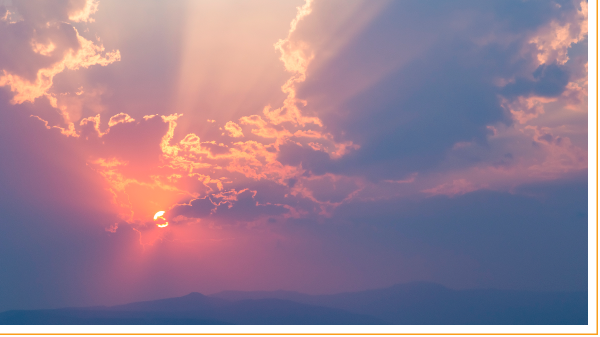 Are we really still referring to God in the masculine?

And lest we think that God did this in partnership with a goddess, consort, or queen, Moses tells us: God led the people badad — utterly and completely alone (32:12).

YHWH’s male- and femaleness is a thinly-veiled theme which runs throughout the Five Books of Moses, as I explore in my book The Name: The History of the Dual-Gendered Hebrew Name for God.

It’s surprising, but it shouldn’t be.

We give voice to this ancient belief every Friday night at our Kabbalat Shabbat service when we welcome the female aspect of God as envisioned by our kabbalists: the Shekhinah.

And just before we welcome Her, we sing Psalm 29 — much older than the kabbalah, considered “probably among the earliest psalms of the Psalter,” a window, therefore, into YHWH’s most ancient mythology. In Psalm 29, YHWH acts as both god and goddess: In verse 8 YHWH convulses (yachil) the desert (as in an earthquake, traditionally a male god role); while in verse 9 YHWH causes the female deer to convulse (y’cholayl; as in labor, traditionally a female fertility goddess role).

Psalm 29 is a paean to dual-gendered divinity.

Now, back to this week’s Torah portion:

In Ha’azinu, Moses declares “it is YHWH’s Name which I proclaim” (Deuteronomy 32:3). But what did Moses proclaim?

YHWH was ruled unpronounceable during the Second Temple period, after which it became a source of great speculation. Did Moses pronounce it Jehovah, as some claimed? Or perhaps Yahweh, as others guessed? Ha’azinu does not answer the question, but it offers some hints.

And then, of course, there’s the odd way that Ha’azinu is traditionally written out in a Torah scroll — its distinctive “orthography” (artistic conventions scribes follow when they put feather to parchment, according to the guidebook of their scribal arts known as the masorah).

Much later, the kabbalists (who ritually reordered the letters YHWH in pursuit of mystical experience, a practice called tzeruf ha’otiyot) sought to obscure the scribal attention on these letters, finding them too revelatory. But, as shared in a previous commentary, by the sixteenth century the secret was already out. And that is, that when the order of the letters is reversed, YHWH is revealed to be a cryptogram. Arranged in their proper order as HWHY the letters can be read as approximations of the Hebrew pronouns for “He” (Hu) and “She” (Hi).

For hundreds of years, there have been scholars claiming that YHWH signifies a dual-gendered God. The claim draws on hints in the Torah — some quite broad — which are found not just in a few places but, as I share in my book The Name, everywhere.

About this, for one reason or another, we have been unable to hear what the Torah has to say.

“There are no gods with Me!” says God (32:39). God is male, God is female, God is Father, God is Mother. Quaking earth and birthing hinds are not beholden to separate powers, but to one. Everyone and everything derive from the same singular source.

This was Judaism’s great chiddush, its novel understanding, its gift to the world — that God is both male and female… and that God is One.

Ha’azinu! as Moses says. Give ear!

Please fill out this form to share "Our Dual-Gendered God | Parashat Ha’azinu" via e-mail.