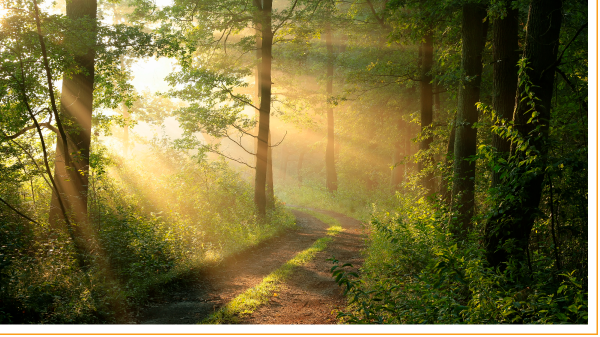 That was Judaism’s best-kept secret until 1540, when kabbalists ruled that revealing esoteric lore was not only permissible but a mitzvah. Soon the tradition of God’s dual-gendered name had been written about in France; was later written about in Italy; and in 1848 even made the pages of a popular American magazine, as I recount in my book The Name: A History of the Dual-Gendered Hebrew Name for God.

People in the sixteenth and nineteenth centuries were not ready to give up on the idea of God as masculine. They are today. (In America, only a minority now believe that God is male.)

Progressive Jews who wish we had a historically justifiable alternative to the male God tradition might spend some time with this week’s Torah portion Beha’alotcha. A close reading of the text reveals hints to the ancient belief that God is dual gendered.

In Beha’alotcha, Moses (despairing of his ability to lead the Israelites) pleads with God not to make him “like a nursing-father (omayn) who carries a suckling infant” (Numbers 11:12). Nursing-father? Is there something about Moses’s gender we don’t know? The image (found as well in Isaiah’s prophecy that the future kings of Israel will be “nursing kings”) is arresting. And it has hardly gone unnoticed. Handel wrote a coronation anthem based on it, “Kings Shall Be Thy Nursing Fathers.”

Back to our Torah portion: God does not speak to Moses b’chidot, in riddles, we’re told — which suggests that that is exactly how God speaks to others (Numbers 12:8).

Since our Torah portion opens with the raising up of the lamps, perhaps we may hope for some illumination here.

Consider: In Beha’alotcha, Moses addresses God as At — in Hebrew, the second-person feminine singular form of the pronoun “You” (Numbers 11:15). Rashi does his best to explain this away, suggesting that Moses was too fatigued from his duties to utter the two-syllable second-person masculine singular form of the pronoun “You,” Attah, and so broke off after the first syllable, hence At. That’s the best our beloved Rashi can do!

The Bible scholar Arnold Bogumil Ehrlich goes for a more historical explanation: At, Ehrlich argues, was the original form of the masculine Attah. Perhaps. But the tradition of differentiating the masculine and feminine forms with different spellings arguably dates back 1,000 years before the Torah’s redaction.

Another curiosity: The word “Levites” repeats 20 times in 20 verses (Numbers 8:6 — 8:26). We would expect the text to make liberal use of the pronoun “them” (otam). But it uses that pronoun infrequently — seven times to be exact.

As Isaiah said, “Come now, and let us reason together.”

Moses addresses God in the masculine (Attah) and feminine (At) because ancient Israelites understood God to be of dual gender.

In the Torah, a man can be a “nursing father” (omayn) for the same reason a woman can be a “young man” (nun-ayin-resh) — because men and women were created in the image of the dual-gendered God.

In Beha’alotcha, the pronoun “them” serves as a sevenfold reading aide (mila mancha in Hebrew; leitwort in German) because it evokes the pronoun as found in the story of the seven-day Creation event in the opening chapter of Genesis. There, the original earth creature (adam) was referred to as a “them” (otam), created “male and female” (zachar u’nekevah), “in the image of God” (b’tzelem Elohim, Genesis 1:27).

As I write these words our society is in the midst of what is being called a “gender revolution.” But there’s nothing new under the sun (Ecclesiastes 1:9). The rabbis of the Talmud taught that human beings were of six genders. Long before the rabbis were teaching about gender expansiveness, the ancient Israelite priests were worshipping God as dual gendered, encompassing all.

The four Hebrew-letter-name of God, so it turns out, is composed of approximations of the Hebrew pronouns Hu (“He”) and Hi (“She”). Indeed, how could we have imagined God as one and not the other?

Torah portion Beha’alotcha opens with God’s instruction that the lights are to be set up el mul p’nai h’menorah, so as to light the front of the lampstand (Numbers 8:2). It’s a very forward-facing image. Illuminating the past is important. All the more so is illuminating the future.

Please fill out this form to share "Dual-Gendered God | Parashat Beha’alotcha" via e-mail.