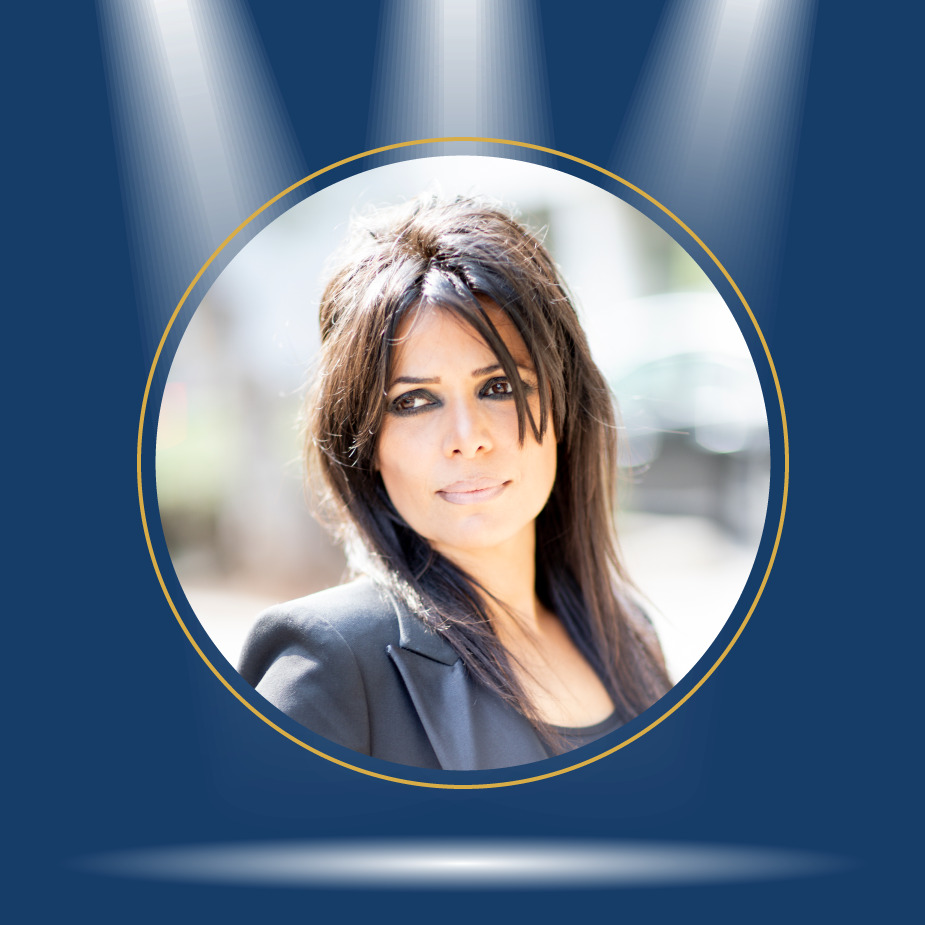 An internationally renowned singer-songwriter, vocalist and raconteur, Yasmin Levy really needs no introduction. She is quite simply one of the best-known vocalists on the World Music scene as well as proving herself as an acclaimed songwriter and actor. In Summer 2017 Yasmin featured in the cast of the National Theatre’s ground-breaking production of Salomé, created by renowned director Yaël Farber. More recently she continues to appear in Israel’s Cameri Theatre production of “It’s Me” which has been running since its 16 April premiere.

Over the course of seven remarkable albums and countless world tours, her deep spiritual singing and passionate vocal delivery have made her that rarity, a true international star. Tango, released at the end of 2014, is Levy’s sixth album in a remarkable career. While her prior album, Libertad, established her as a singer-songwriter of real repute, drawing heavily on the influences of both Spanish and Turkish music as well as featuring her trademark Ladino songs, on ’Tango’ she introduced us to another of her great passions with an album and accompanying concert DVD of sublimely arranged and passionately performed Argentinean Tango.

It was a brave move, but one that shouldn’t have surprised us. For Levy is an artist who refuses to stand still, from her breakthrough as a re-inventor of Ladino, via her forays into Persian and Turkish song and her own flamenco influenced originals, she is an artist always on the lookout for new challenges, new ways to express the melancholic beauty at the heart of her beguiling art. As Nigel Williamson of Uncut Magazine (UK) wrote: “Whatever mantle she takes on, she brings a rich, melodramatic passion.”

Yasmin’s ’Libertad’ album was released in 2012 to great acclaim. Produced by the seminal world music producer Ben Mandelson, the album represented Yasmin’s coming of age as a composer and lyricist, with five of the songs having been written by Yasmin, including one on which she duets with talented flamenco singer Concha Buika. The album features covers of well-known Persian, Turkish and Spanish songs as well as a few classics from the Ladino repertoire with which she broke onto the international stage.

Yasmin’s albums and tours have garnered great critical acclaim from some of the most prestigious music critics at The New York Times, USA Today and Boston Globe, as well as UK critics from The Sunday Times, The Times, The Independent and many others throughout the Continent and beyond. Her music was highly praised by Banning Eyre on America’s NPR’s All Things Considered program, saying “…there’s no missing the Mediterranean air in Levy’s vocal. Her voice is liquid — it comes in ripples and waves, passionate but effortless…loaded with history and meaning. It’s also a pleasure to listen to, and surprisingly contemporary in its almost casual traverse of far-flung musical diasporas. Levy rearranges the strands of the world’s tangled past to arrive at a more orderly and beautiful present.”

Yasmin’s touring activities have taken her to many parts of the globe. Her career has blossomed in Turkey, Greece and Poland in recent years, where she is a regular performer, as well as in her homeland, Israel. In addition to extensive European touring, Yasmin has also played extensively in North America and has also toured Australia, New Zealand, Hong Kong, Korea and beyond.

Yasmin’s prior disc releases include “Sentir” (2009), “Mano Suave” (2007), “La Juderia” (2005), and “Romance & Yasmin” (2004); and she released her debut Hebrew language album ”Just One More Night” in 2017. Yasmin also published a book of songs in 2010. She is the winner of the International Songwriting Competition for her composition “Me Voy”, and has also won the Anna Lindh Award for cross-cultural collaboration. She has been nominated for numerous other awards including the BBC World Music Award as well as Holland’s Edison Award. Yasmin has also been the subject of an ARTE TV documentary entitled ‘Music Mon Amour’ and appeared in the TV film “My Sweet Canary”, a tribute to legendary Rebetika singer Roza Eskanazy.

In 2008 Yasmin was appointed Goodwill Ambassador for Children of Peace, a UK-based charity fighting to alleviate the plight of all children caught up in the Middle East crisis.

Yasmin grew up in Jerusalem, which she describes as a true melting pot of peoples and cultures, listening to Turkish versions of Moroccan music, classical, chanson, jazz, Jewish and Muslim music, and church music. Her taste in singers gives some idea of the importance of passion in Yasmin’s music: Pavarotti, Billie Holiday, Julio Iglesias, Piaf, Turkish and Greek music big, dramatic voices.

It’s important to note that Yasmin’s father, Yitzhak Levy, was born in Turkey in 1919 and worked as both a composer and cantor. After the creation of the State of Israel, he was appointed head of the Ladino department at Israel’s national radio station. His life’s work was devoted to the collection and preservation of the songs of Sephardic Jews: these Ladino songs had been passed down orally from generation to generation over a period of 500 years.

Please fill out this form to share "Yasmin Levy" via e-mail.