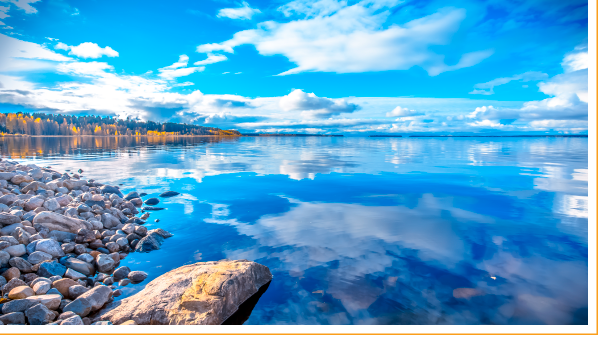 The beginning of the Parasha seems to carry us back to Exodus chapter 3 in which G-d appears to Moses in a bush that burns and is not consumed. Moses’ reaction to this phenomenon is to ask, “what is Your name?” And G-d responds, not with a name, but with an enigmatic assertion about Beingness. In Va’era, finally, G-d returns to the issue of name and shares a name made up entirely of consonants: YHVH. The vowel-less name cannot be vocalized. We are literally unable to pronounce it (even if in more recent times some Bible scholars have attempted to represent it as Yahweh or Jehovah). And later Jewish tradition is emphatic that we are forbidden to pronounce it – even if we could. It became Ha-Shem Hamephorash, the ineffable name, the name that cannot and must not be uttered. That Name came to be camouflaged, in Jewish practice, by the more familiar term Adonai which we translate as Lord. And many Jews have further camouflaged the camouflage by refraining from even pronouncing the word Adonai, except in prayer, and make use of euphemisms such as Adoshem or HaShem. G-d becomes The Name. The Name itself is an important part of Jewish religiousness. Perhaps you take it for granted that in our worship after we have said “Hear O Israel Adonai our G-d, Adonai is One” we say Baruch Shem… “Blessed is The Name of the One whose glorious kingdom is forever and ever”

The Name gives us the opportunity to do what every element of Jewish life does: look back into Jewish History – in this case (very) briefly. We are told that when the Temple stood, the Name was pronounced one time, by one person in one place. On Yom Kippur the High Priest would enter the Holy of Holies and intone the Name. He said the Shma/”Hear O Israel” but  instead of saying it, as we do, using the word Adonai, he made use of HaShem Hameporash. But the choreography was such that no one else could hear what was uttered in the empty room.  Nonetheless, at a signal that the High Priest had spoken HaShem Hamephorash the crowd outside replied, “Baruch Shem…/Praised be the Name…” Still later, Chasidic Jews taught that in the eighteenth century, in the Ukraine, a teacher named Israel ben Eliezer somehow came into possession of HaShem Hamephorash, thus becoming the Baal Shem Tov — the Master – or possessor – of the Good Name, and was thus empowered to perform miracles. But he never revealed the Name and did not pass it along to his disciples. All of this silence about uttering G-d’s name is an embodiment of the reticence we Jews have in talking about G-d overmuch. That reticence is sometimes too easily identified as religious indifference but is really just part of our particular collective culture.

And yet… In what this Parasha does say is a profound lesson. Even as G-d tells Moses the Name, G-d tells him that Abraham, Isaac and Jacob did not know G-d by that Name but used another name entirely. In this, G-d seems to suggest that our understanding of G-d is not static but evolves. One generation’s understanding does not determine the next’s. As someone said, the past has a vote, but not a veto. Our understanding of the natural world evolves, of medicine, and science. This Parasha tells us that our understanding of G-d, too, can grow —  not only from generation to generation, but within the span of our individual lives. There is nothing wrong with the childish images we have when we are children, (perhaps, like many others, you conceived of G-d as an old man in a chair). But they are part of our childhood. Sometimes letting go of these youthful theologies is difficult or frightening. But such letting go does not mean that we are letting go of faith, abandoning G-d; but of growing in faith, evolving in understanding. The G-d of all those different understandings remains the same G-d. Symbolic of this fundamental continuity is the fact that even as the Parasha tells us that Abraham, Isaac and Jacob were unfamiliar with the Name/Adonai, whenever we, their descendants pray the familiar prayer, the Avot, remarkably what we say is “Blessed are you Adoanai, our G-d and G-d of our fathers, G-d of Abraham, G-d of Isaac and G-d of Jacob”. Whatever name they knew G-d by, however they understood G-d, and however Moses understood G-d — or however we understand G-d– G-d remains the same.

In fact the very phrasing of the Avot teaches this fundamental Jewish truth. We Jews worship the same G-d. But we are given no particular instruction in how to understand the G-d we worship. We have no official theology, and, indeed, no body that could authorize one. Thus, Martin Buber reminds us that Chasidic tradition teaches that the way this prayer is phrased teaches that the G-d of Abraham, is not the same as the G-d of Isaac, and they are not the same as the G-d of Jacob, or as our G-d. And yet all are Adonai, the G-d we bless and who blesses us

And one final theological lesson from the Parasha. As G-d sends Moses to confront the Pharaoh, G-d tells him “I will make you as a G-d to Pharaoh”. What a dramatic representation of a central element of Jewish faith. Moses was – and we are – understood to be partners with G-d. What an audacious idea. The G-d who in the very first chapters of the Torah is described as creating heaven and earth has entered into partnership with us and has entrusted us to carry out G-d’s work in this world. And yet, audacious or not, that is (even if we do not always state it) a central article of Jewish faith. The medieval kabbalists went so far as to depict the world as broken, shattered. And we, human beings, they taught, had the responsibility to put it back together. The Kabbalists called that work Tikkun Olam. Today even the most rationalist Jews invoke Kabbalistic vocabulary when we commit ourselves to Tikkun Olam –- the inescapable task of repairing the world. We repair what has been broken because as G-d’s partners the work – and the world – have been entrusted to us. The engagement in that work is not religious indifference, it is an expression of an audacious, and challenging, religious faith.

Please fill out this form to share "Naming the Unnameable | Parashat Va’era" via e-mail.