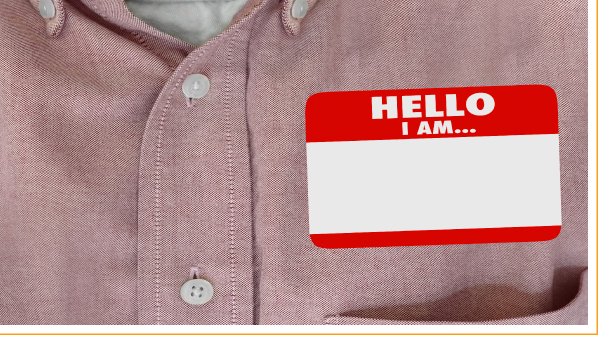 What is in a name? Depending upon who one decides to ask, a whole lot! When our parents choose our names for us, they select names that have meaning to them. Often the selection is in honor or memory of someone they love or the name is selected because in its meaning are values they hope that our lives will embody. There are also names that we choose for ourselves. These names that we make for ourselves in the world, they may be inspired by our actions or our personality.

In Parshat Miketz, the middle of the parashiyot about Joseph, we learn of Joseph’s choices of names for his two sons. Joseph names his first son Manasseh meaning, “God has made me forget completely my hardship and my parental home.” Ephraim, his second son’s name means, “God has made me fertile in the land of my affliction.” Joseph’s choices are descriptors of his experiences, and much

Aviva Gottlieb Zornberg writes in her book, Genesis: The Beginning of Desire, “Nowhere does he [Joseph] comment so openly on its [his life’s] bitterness and its sweetness as in these namings that encode his sense of God’s dealings with him,” (p. 285) Joseph is perhaps telling us that he understands the role of God in his life, perhaps. That, while terrible things happened to him, he was meant to be in Egypt. Of course, all of this is prior to the return of Joseph’s brothers to the story. We have a glimpse into Joseph’s state of mind that informs and seeks to perhaps foreshadow his interactions when his brothers approach him for food.

Manasseh’s name speaks to oblivion and survival. Joseph perhaps seeks to acknowledge that he was thrust out of a culture he knew forcibly and introduced into one that he did not know. Zornberg writes, “The rupture of experience that sets Joseph at a radical distance from his previous life has the virtue of allowing him to concentrate totally on the imperative of his new condition,” (p. 286) In the selection of the name of his first child, Joseph acknowledges where he comes from and the hardship of his experiences. The name is reflective of the tension of leaving his cultural home and living in the necessity of the moment. All of it, taking place before the terrible famine in the region.

On the other hand, Ephraim’s name speaks of survival and the delicate balance between fruitfulness and affliction. Ephraim is born in the place we learned about first in Parshat Lech L’cha, when God tells Abram, “know well that your offspring shall be strangers in a land not theirs and they shall be enslaved and oppressed/afflicted four hundred years.” Affliction and fruitfulness are the mark of Joseph’s life as he literally makes life possible in a time of affliction in what will become the Israelites the land of affliction, the land where famine will strike for seven years and where they will know slavery.

Joseph, one of the characters in the book of Genesis that we know the most about, is a person filled with complexities. The toll of his life is evident not only in the names he chooses for his children, it is in the way he interacts with the Egyptian leadership whom he joins, his own brothers before he is dumped in a pit, and afterwards when they come to him for help in the midst of famine.

And, Joseph was human, like us. The events of his life impacted him, his psyche, and his decisions. When he did not necessarily need to fight for his own survival through the seeming good fortune of his ability to interpret dreams, the narrative of this parasha reminds us that Joseph is human. The trauma of his past, his hopes for the future, and the tension between life and death he faces time and again.

We learn in Pirkei Avot 2:7, that if one has acquired a good name, they have acquired something for themself. Joseph does this for himself as he rises in his station in Egypt. And he does so as he names his children, with names that connote his experiences in the world and also provides his children with potential to be something greater than him, a prayer of many parents.

May each of us live up to the names given to us. Those provided to us by our parents, given to us by our actions and personalities, chosen by us as a descriptor of the ways we walk in the world. As we go about our lives, may we seek to use the names we learn of others, to honor and respect the name and the person who owns it.

Please fill out this form to share "What is in a name? | Parashat Miketz" via e-mail.