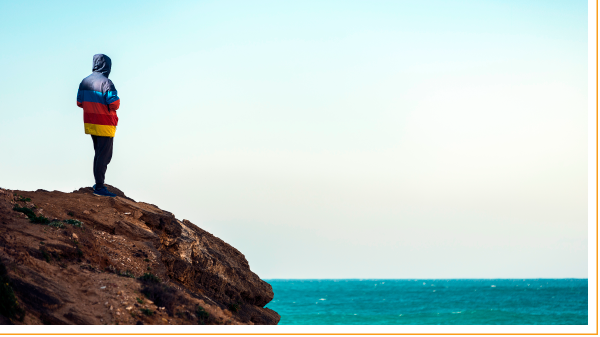 As we welcome this week’s portion, Vayeshev, I would like for us all to have a vision in mind: a modern race car driver. I do not know much about race car driving, but I know that drivers wear intricate race uniforms that are covered in patches with their sponsor logos. As they smile for the camera, all of those companies that paid to be on that uniform get some kind of advertising.

It is an odd image to connect to this week’s parasha, but there is actually a wonderful connection.

This week, we are continuing the saga of our beloved Joseph. His mother Rachel had been barren for until two Torah portions ago, and she watched her sister and two handmaidens give birth to 11 children – ten boys and one girl. It was only then that the text says that God opened Rachel’s womb and she was finally able to conceive, giving birth to Joseph. Although Joseph was the 12th child out of 13 to be born to Jacob, he was the first born of Jacob’s true love, Rachel. This set Joseph apart and above his brothers. His father showed him a greater amount of love than the other boys and showered him with gifts.

The text in this week’s portion reads:

וְיִשְׂרָאֵל אָהַב אֶת־יוֹסֵף מִכׇּל־בָּנָיו כִּי־בֶן־זְקֻנִים הוּא לוֹ וְעָשָׂה לוֹ כְּתֹנֶת פַּסִּים׃
Israel loved Joseph better than his other sons, for he was to him the son of his old age; he therefore made him a coat of many colors. (Genesis 37:3)

Putting the Andrew Lloyd Webber musical aside, most of us are familiar with the imagery of Joseph wearing a beautiful multi-colored coat. And yet the Hebrew phrase for this piece of clothing is slightly complicated. It is called a כְּתֹנֶת פַּסִּים – k’tonet passim, which can be translated as an “ornamented tunic” or more popularly, a “coat of many colors.”

Because of the presence of the odd word: פַּסִּים – passim, a kind-of full-length coat that stretches to the palms of the hands and feet, the rabbis of the midrash could not going to pass up an opportunity to have fun with word play. So, they investigate that word.

In a lovely midrash they offer a few different options as to what the word פַּסִּים – passim could mean. But there is one insightful thought that can teach us a lot this week.

In Genesis Rabbah 84:8, the midrash says that in the Hebrew word פַּסִּים – passim – which is spelled with four letters: Peh, Samech, Yud, Mem – may allude to all of the misfortunes that befell Joseph.

And the rabbis elaborate:

The text is a little confusing about the various identities of these groups, but they are all referenced as being part of this horrific moment of trauma for Joseph.

And yet, instead of burying this trauma – the midrash teaches that Joseph’s coat symbolizes these events as a mnemonic for those troubling moments of being bought and sold into slavery. In this midrash, Joseph is literally wearing the race car patches of the merchants, Ishmaelites, Midianites, and Potiphar who were all part of Joseph’s difficult story. But he wore the passim – the coat representing their names – as a reminder.

It calls to mind a similar text from the Talmud (Bava Batra 14b) where the rabbis suggest that the broken tablets of the first set of commandments were placed in the Ark of the Covenant alongside the second set of tablets. The Israelites quite literally carried their brokenness around with them – it was part of who they were. Those broken tablets represented a moment of weakness, and they were still carried in the Ark alongside the symbol of Eternal Covenant. We must not shy away from terrible moments; we carry themwith us. They remind of us of who are and from where we came. They are necessary to healthy engagement in the world.

And so, Joseph did the same. His father gave him an ornamented coat that represented – through the midrashic wordplay – the ordeals he would suffer. But those struggles were a difficult part of a journey that led him to greatness, and even placed him in a position to save his family when they needed refuge in Egypt. Without Joseph’s story, our family may have died off in the famine of Canaan.

Joseph’s coat of many traumas can teach us that our conflicts are temporary. And they do not define our whole stories. But we can wear our struggles with confidence as a reminder of where we have been.

Please fill out this form to share "A coat of many traumas | Vayeshev" via e-mail.