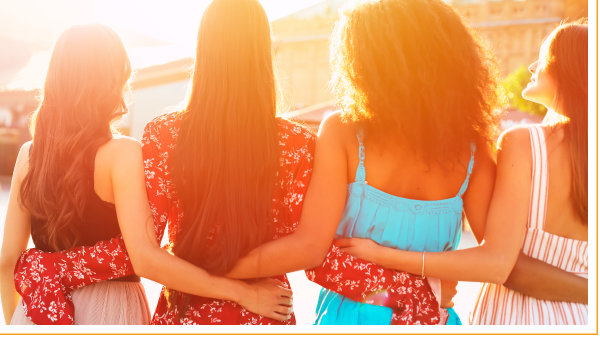 “In my womb You form the child,
In my womb, I nourish it.
There You form and number the limbs,
There I contain and protect them…
…Together we count the months, together we plan the future.”

While two women, Rachel and Leah, are central to this week’s Torah portion, it is not until the middle of the narrative, once they are both married to Jacob, that we hear either of their voices. As Jacob flees from his brother, he finds himself at a well outside of Haran, where he falls in love at first sight with Rachel, the younger daughter of Laban. Laban tells Jacob that he can marry Rachel after working for him for seven years. However, on his wedding night, Laban gives Jacob his eldest daughter, Leah, instead. Still in love with Rachel, Jacob agrees to a second, seven year term of labor, and after that time, marries Rachel as well.

In the entirety of those first 14 years, both Rachel and Leah’s voices are absent from the biblical text. Unlike a parallel type-scene at the well with Jacob’s mother, Rebekah (Genesis 24:18), Rachel does not speak when she meets Jacob, nor does she seem to have any agency in deciding whether to marry him. Furthermore, when Leah is given to Jacob as a bride instead of Rachel, we do not hear from either sister. Rabbi Julia Andelman, in reflecting on this and other matriarchal moments in Genesis, writes that “the women are silent, passed between men as objects, without a shred of agency. The narratives focus on the men—whom they own, what they do with them, whom they think they are entitled to, whom they do and don’t desire—while the wishes of the women they handle are deemed irrelevant.” (Rabbi Julia Andelman, “The Emergence of Praise”). Throughout the beginning of the narrative, from Jacob’s first encounter with Rachel until the moment when he is married to both women, Rachel and Leah are silent.

However, in the naming of her children, we hear Leah’s voice, and for the first time, are able to witness her as both a self-actualized person and a powerful co-creator with the Divine. In fact, the names of her children speak to this very process of awakening and agency.

Leah names her first two children Reuven (lit. “See, a son”) and Simeon (lit. “Heard”), explaining that it is God who sees and hears Leah’s plight. Leah is thus able to have a voice in our text, but only once she feels seen and heard, perhaps for the very first time. Such visibility then evolves into gratitude and self-actualization; she names her fourth child, Judah (lit. “Praised”), saying, “This time I will praise (Heb. odeh) יהוה.”

Rachel too, finds her voice during this time, as she seeks to do everything within her power to conceive. In contrast to the passive figure whom Jacob kisses at the well, we now see a strong and determined woman, who through her words and her actions creates a relationship with the Divine in order to alter her future. As observed in The Torah: A Women’s Commentary, “Rachel has followed a three-part course in protesting her infertility…God likewise responds with three actions…Her struggle results in a response from God- such that her memory is assured, her voice is heeded, and the barrier to conception lifted.” (Tamara Cohn Eskenazi, editor; Andrea L. Weiss, associate editor. The Torah: A Women’s Commentary. New York :WRJ, Women of Reform Judaism : URJ Press, 2008, 168). Whereas Leah’s empowerment is prompted by her experiencing God’s presence, Rachel’s voice invokes it. Rachel displays agency for and beyond herself, determining her future children and legacy as well.

No longer the objects of their father or their husband, Rachel and Leah become the protagonists of the narrative, speaking their children and the future of the Jewish people into being. This is underscored in Genesis 31, When Jacob consults Rachel and Leah about whether or not to separate from Laban. Even though God has already assured Jacob that he should move away, he does not proceed before seeking advice from his wives, who speak as one voice and encourage him to leave (Genesis 31:14-16).

The narrative of Rachel and Leah in this week’s Torah portion reflects the challenges of a patriarchal system that unfortunately still exists in our world today. Just as we see at the beginning of this Torah portion, so often women’s voices are silenced. However, these two matriarchs remind us that even if we begin from a place of powerlessness, we each have the capacity to make our voices heard. Rachel and Leah are able to transform their roles in the narrative, not only stepping out of a system in which they are objects, but creating a new reality in which their voices are heard and their actions have impact.

For this reason, our rabbinic commentators recognize Rachel and Leah as being responsible for holding up the entire world. Bereshit Rabbah describes them this way: “Like two beams running from end to end of the world. Each produced captains, each produced kings, from each arose slayers of lions, from each arose conquerors of countries, from each arose dividers of countries.” (Bereshit Rabbah 70:15). Once Rachel and Leah discover their agency, they are able to create a life that is theirs, lifting up their voices and consequently building the future of the Jewish people. May they inspire each of us to find our voice and recognize our potential in this world.

Please fill out this form to share "Stepping into one’s power: how Rachel and Leah model female empowerment | Vayetze" via e-mail.