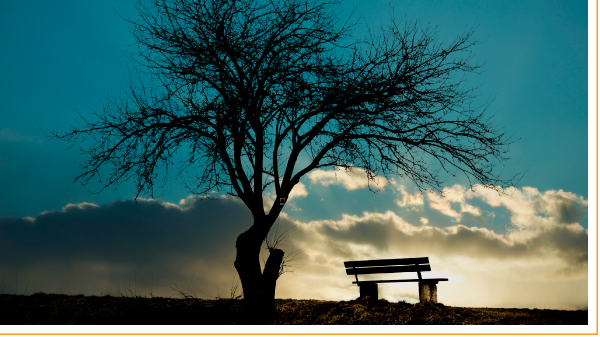 The name of this Torah portion refers to “The Life of Sarah” and yet only shares the experience of her death and subsequent burial. So why not name the parsha, “The Death of Sarah”?

Certainly, Sarah’s life was complex and extraordinary; she pretended to be Abraham’s sister on two occasions, welcomed guests, gave permission to Abraham to have sex with Hagar to produce a child. Most significantly, of course, was the Torah’s ability to humanize Sarah when she banished Hagar and Ishmael. Sarah was both a well-respected matriarch and a regular person filled with emotion.

Perhaps by using “The Life of Sarah” we learn that even after death, each of us has a bit of immortality that lasts in the years to come. After all, that is why Ashkenazi Jews name babies after deceased relatives – to keep their memories alive.

This verse is oddly written with repetition, and so we ask, why does the Torah split up the amount of her years into three phases (“one hundred years,” “twenty years” and “seven years”)? The Midrash HaGadol suggests it is to tell us that every day of her life was the equivalent of them all.

The Chizkuni Torah Commentary suggests, “At one hundred she was as sinless as a twenty-year-old, for until the age of twenty, a person does not suffer God’s punishment. At twenty she still had the wholesome beauty of a seven-year-old, who does not use cosmetics and whose beautiful is natural.”

Indeed, each of these periods had unique characteristics that distinguished one phase of life to the next. The hundred-year-old had wisdom, the twenty-year-old had strength and the seven-year-old had innocence. Perhaps part of Sarah’s greatness was that all who saw her recognized her purity and innocence, regardless of her beauty as an adult.

Sarah’s greatness continues to be portrayed by the simple fact that Sarah is the only woman in Scriptures who has a lifespan even mentioned. Rashi explains that the repetition of ‘years’ divides Sarah’s life into three periods, each with its own uniqueness [and each period shared the characteristic of its neighbor]. (Bereshit Rabbah 58,1)

While Sarah did live to be 127 years old, the commentators answer the age-old question, ‘Why did she have to die?’ by sharing that when Abraham returned from the mountain, Satan went out to Sarah and appeared to her in the guise of Isaac. When she saw him, she said to him: My son, what has your father done to you? He answers her: My father took me up hill and down dale, up to the top of a certain mountain, he built an altar, arranged the wood, bound me on top of it, he took the knife to slaughter me, and if God had not said, ‘Don’t stretch out your hand,’ I would already have been slaughtered. He did not finish telling the story before Sarah died. (Tanhuma Vayera 23)

Upon Abraham’s return from the mountain, the reader is given the opportunity to learn about grief and bereavement. First, we read that Abraham came to eulogize Sarah and to bewail her.” (Genesis 23:3) Showing emotion, allowing for grief to have both emotional and physical reactions (tears), is an important part of the mourning process. In the text, Abraham shares his vulnerability and sadness over his loss through his words, tears, and through purchasing a burial plot, his actions.

Rabbi Hirsch suggests that the writing of the Hebrew word v’livkotah includes a small kaf to suggest that the full extent of his weeping was kept private. His grief was infinite, but the full measure of his pain was concealed in his heart and in the privacy of his home.

After shedding many tears and sharing words of reflection about Sarah’s complex and amazing life, Abraham begins to make logistical arrangements to bury her in the Cave of Machpelah. To do so however, he must negotiate with the descendants of Heth, the son of Canaan, who were leaders in the region. While his humble language deflects from his status and even showcases his alien status in the country, the Hitites treat him with respect, calling him a prince of God (Genesis 23:6) and going so far as to offer him a free plot in which to bury Sarah. However, Abraham wants Sarah to have not just a burial space, but a place for her eternal rest in perpetuity. And so, Abraham not only insists upon purchasing the field (not just the cave) but goes so far as to overpay for it so as to complete sever ties to its original owner. Even King David purchased the property upon which the Temple was built, even though he had conquered the land and it was offered to him. (II Samuel 24:18-24)

The Artscroll Chumash notes that the Hebrew throughout the text shows Ephron’s name with a vav, but once the money exchanged hands and the sale was complete, the vav is omitted, suggesting that Ephron’s stature became diminished – at first, he appeared to be generous but eventually his greed was revealed in his quest to sell property for far more than it was worth to a man in mourning.

The Zohar tells us that Holy things cannot be acquired “for free,” that is, without proper effort. (Zohar 2:128a) This is why Abraham chose to pay to transfer the property into the realm of holiness, even though it was rightfully his in any case.

Similarly, each one of us has been assigned a portion of the world that it is our responsibility to bring into the realm of holiness. The Zohar suggests that we must do this at “full price,” with hard work and effort. The Lubuvitcher Rebbe teaches that those of us who find it easy to study the Torah and observe the commandments must push ourselves beyond the boundaries of our natural inclinations. Only in this way can we achieve our purpose in the world. (Likutei Sichot, vol. 10, p64)

The Mishnah Ketubot (4:4), Rabbi Yehuda rules that even the poorest husband must provide one lament-singing woman for his wife’s funeral, as a minimum display of honor. Even more so, perhaps we learn from Abraham’s bereavement that he was wealthy, not only of goods and money, but with the love of a great woman.

Please fill out this form to share "Mourning a life while dealing with death | Chayei Sarah" via e-mail.