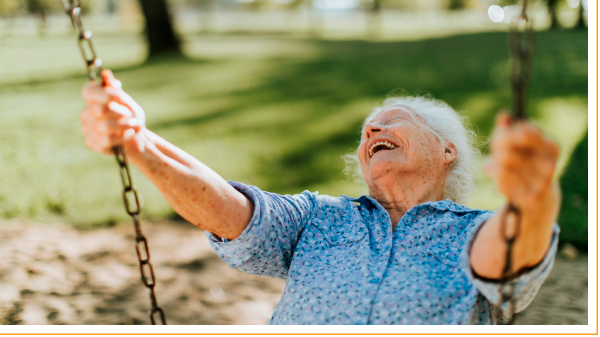 “Abram went forth as God had commanded him, and Lot went with him. Abram was seventy-five years old when he left Haran.” (Genesis 12:4)

Numbers in the Torah are an odd thing. We love that people lived such a long time in that world, but our rational selves don’t buy it because science tells us that, back then, folks probably only lived into their mid-30s. It’s reasonable then to assume that this age was ascribed to him either because Abraham looked older than he really was, or that he became quite renowned for his remarkable vigor and strength in old age.

So when we read that Abraham (here, referred to as Abram) was 75 when he left Haran, 100 when Isaac was born, and dies at 175, these are probably not literal years but are conveying the idea that he was no spring chicken when important things were happening in his life. We’ll probably never know, but we might be able to learn something from this about our own old age.

I am recently retired. I no longer work full-time. I have Medicare health insurance. I have to be more careful about what I eat and how I move. And I’m positively thrilled to have entered this chapter of my life.

Retirement is often a choice, of course. I know lots of people who continue their careers well into their 70s, their 80s, and some even into their 90s. For those of us who’ve left our workaday world behind, old age (okay, maybe just “advancing age”) can open new vistas that bring incredible excitement and challenge.

Whatever one’s choices during these later years, the opportunities which lie before us can reinvigorate, almost like (dare I say it) a Fountain of Youth! I not only meet each new day with an eagerness I’ve not felt since my twenties, I am savoring every day in ways I’d just not had time for when I was younger.

There’s a price, of course, for growing older. A friend of mine tells me all the time, “Old age isn’t for sissies.” The aches and pains, the doctor’s appointments, the unfortunate dismissiveness-because-I’m-old by some — all these are ever-present and incontrovertible evidence that we too, like Abraham, have arrived to an advanced age.

Looking again into this parasha, I’ve found more teachings about getting older.

In 12:9, we read, “Then Abram journeyed by stages toward the Negev.” Onklelos, who translated the Torah into Aramaic, understands negev (in Gen 8:13), when describing the receded waters following Noah’s flood, as meaning “dry.” Onkelos’ point is that the Negev is a desert, not too far away from viewing advancing age as a time when life “dries,” when we lose our youthful appearance and have little to offer the world around us. But while Abraham may be experiencing the inevitable physical progression of aging, our story makes clear that his life is anything but “dry.”

A bit later in the parasha (in 13:8-9) we read, “Abram said to Lot, ‘Let there be no strife between you and me, between my herders and yours, for we are kin. Is not the whole land before you? Let us separate. If you go north, I will go south, and if you go south, I will go north.’” Rashi asserts that not only has Abraham come to value the art of compromise, he also works hard to preserve the relationship he has with his nephew. Rashi rewrites this verse as, “Wherever you settle down I will not go far from you and I will stand by you as a shield and as a helper.”

There is wisdom that comes with advancing age. And the wisdom of resolving conflict, rather than reaching for weapons, is truly a beautiful (and far more reassuring) thing to behold. When I think about the number of heads I have butted in my youth, and how much more adept I became, as the years marched on, at working with people to find shared resolutions, I know that I wouldn’t want to be any other age than the one I am right now.

One more important illustration from our parasha comes in 14:14-15. “When Abram heard that his kinsman’s [household] had been taken captive, he mustered his retainers, born into his household, numbering three hundred and eighteen, and went in pursuit as far as Dan. At night, he and his servants deployed against them and defeated them.”

Whatever the man’s age, there was plenty of fight still in him. His nephew had been taken captive and Abraham wouldn’t stand for it. A time for action had arrived and he would lead his retinue into the breach to restore justice and order.

Old age definitely does not mean checked out. Take at look at these late-achievers:

No matter what fights our body may give us as we age, there can be plenty of fight left in us. We may relish the calm, quiet which we’ve settled into but, when it’s needed, there’s a tiger that can be let loose.

Lech Lecha is best known for God’s command to Abraham, “Lech lecha … go!” These words initiated the greatest adventures of Abraham’s life at a time we might dismiss as being past any period of productivity. Well, as the Gershwins told us, “It ain’t necessarily so.” Abraham has shown us that, regardless of age, we can literally change the direction of the world.

Half a lifetime ago, when I was thirty-one and performing with a music group called Beged Kefet, I wrote a song entitled, “When I Become Old.” I considered it a declaration of human rights for the aged. Thirty-four years later, I’m finally in a good position to critique my younger self’s efforts to understand what old age might be like.

Here’s what I wrote:

People are the same, we’re all people.
We’ve got rights that are basic,
Regardless of whether we’re female or male
Or we’re black or we’re white.
To tell me I can’t ‘cuz I’m old, isn’t right.

When I become old,
I want to work, have a career, ply at a trade.
Or maybe instead, I’ll volunteer,
Reach out to those alone and afraid.

People have a right to contribute
To the world that we live in.
Regardless of whether we’re tall or we’re short
Or we’re weak or we’re strong,
To tell me I can’t ‘cuz I’m old, simply is wrong!

Find me a place. Open your heart.
Give me a chance. Let me become a part
Of my life and my dreams.
Let me be more than it seems that I could ever be.
People, these aren’t just other people.
If you look in the mirror,
The person you see may be selfish or kind
Or in prison or free.
But that person will one day be old.
That person is you. That person is me.

The way I figure it, if God felt that Abraham wasn’t too old to start a new career (creating Judaism) or have kids (Ishmael and Isaac), you and I shouldn’t think we’re too old to pursue our own dreams.

And you youngsters out there, don’t think for a moment that you’ll be too old to pursue your dreams either. In many respects, you’ll be just getting started!

You can listen to Beged Kefet perform “When I Become Old” here.

Please fill out this form to share "When I become old | Lech Lecha" via e-mail.