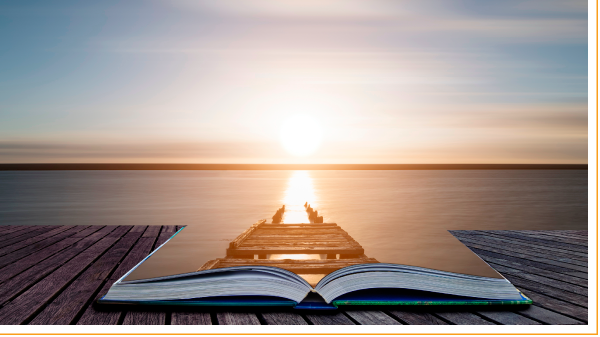 Storytelling is an art. You know how you feel after hearing – or reading – a good story. You also know when a story strikes you as overly contrived or incomplete. The satisfaction felt upon receiving a well-crafted story does not require analysis, but you sense that there are some elements and qualities involved that made the story work.

Hebrew Scripture is both a set of good stories and a good story in itself. The saga of Israel is announced when God calls upon Abram to complete the journey from Babylonia to “the Land that I will show you.” Then, with the final verses of II Chronicles, the last book in the canon, the entire story is concluded with King Cyrus inviting the exiled people to return from Babylonia to the Land God showed Abram.  Return and return again.

Parashat Noach is a mini-saga; the conclusion of the Genesis primeval history before the story of the people Israel. The entire portion is a disruption in the genealogy from Adam to Abraham. In the previous parashah, God creates the material world and pronounces it ‘very good.’ From this high point the narration follows a downward path: Adam and Eve are banished from the Garden, Cain kills his brother Abel.

This week’s portion continues the downward trend.  God determines that humanity is failing, specifically that it was corrupt and filled with violence. In reading the plain words of the text, we can imagine a sort of Wild West in which humankind is replaying Cain and Abel and killing each other. One rabbinic interpretation of the word ‘violence’ [hamas], is more powerful. The sin of humanity is that they persist in stealing items of such little value that they fall below the definition of theft. Yet, when sufficiently massed gathered together they make for grand larceny.

The hamas of the generation of the Flood is not bloodshed, but rather a violence against the basic norms of society; a self-defeating cleverness that cannot help but lead to collapse. Scripture depicts a world-encompassing flood. We can imagination, however, what happens to a people when lawlessness and the breakdown of civility occurs. We have seen it in faraway places like Cambodia in 1970s, or Libya in the last decade, and sensed it in the events at the US Capitol on January 6, last year.

God starts over, with Noah playing the part of Adam. At the end of the parasha, humanity determines to build a heaven-reaching tower. The narrative states that they do so precisely in order to prevent being scattered. The tower is thus a unifying project. Rabbinic interpretation once more helps. The very idea of the tower and its purpose overwhelms everything else. When a hod carrier slips and falls, the people mourn the loss of bricks instead of the loss of a life.

With this tale, the descent from the heights of Creation is complete. The lowest point (ironically punctuated by the effort to build a tower) is reached, after humankind did violence to the organizing principle of norms by submerging humanity beneath a vain and hopelessly utopian project for creating unity. By alienating themselves from each other, humanity ultimately alienated themselves from God.

With Abraham and Sarah, God begins once more, but the primeval introduction is not to be put aside.  Through every biblical narrative we see Israel struggling with two competing forces.  They are: what are the rules and norms that keep the Jewish people Jewish? And, in the ongoing effort to preserve and defend their identity as Jews, what is their responsibility to the rest of humanity? It is a balancing act. [Rabbi Nahman of Bratislav reminds us that all life is a narrow bridge; perhaps it is as narrow as tightwire.] The people stumble; they even fall, but they are rescued, by resolute leadership, a compassionate God, and their own willingness to learn.

In the end, as I have noted, they re-create the original journey of Abraham.  Back where they started? Not quite. Jewish history is like a wheel, turning and repeating, but always moving; moving – we pray – forward.

So, today, we take up the ancient challenge laid down by the generations of the Flood and Tower. What is the balance between maintaining and upholding norms and practices that bind the Jewish people, that ensure their continuity, and yet not allowing those bounds to become so tight that we forsake our responsibility to all of humanity?

We are a chapter in the story we recite over and over again from the pages of sacred literature.

Please fill out this form to share "Neither drowning nor reaching too high | Noach" via e-mail.