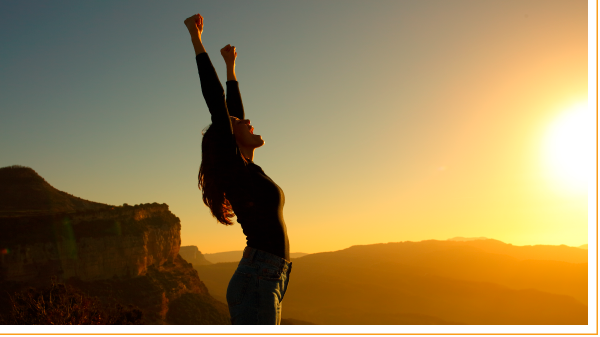 In retrospect, of course I became a rabbi; who else attends services voluntarily while a high school and college student? At the time though my entry into Hebrew Union College felt very coincidental. The school happened to be in Cincinnati, my parents happened to want me back at home for a while before I went off to law school in Israel, and various romantic entanglements of my then young life pushed and pulled.

As the philosopher Soren Keirkegaard famously said: “Life can only be understood backward, but it must be lived forward”.

I wonder if Moses felt that way about his life, foreordained or a series of happenstances that lead him towards his mission.

In the Torah portion the rabbis assigned for the middle Shabbat of both Succot and Passover, we read about Moses’ request to see God’s presence, but are told that it is only God’s back that might be seen. This follows Moses’ petition to God to forgive the Israelites (or else!) and God’s promised to accompany them on their continuing travels.

First, the request and the response are not parallel. “K’vod Adonai”, a problematic term, may or may not mean face. Often it is translated as presence, splendor, magnificence, glory but its meaning is illusive. Biblical scholar Robert Alter tells us in his commentary on the Torah: “we are not likely to recover precisely what the key term-kavod– glory, honor, divine presence, and very literally, “weightiness”- conveyed to the ancient Hebrew imagination.”

Secondly, Moses (and Israel’s leadership) do see God’s face. About Moses it is written, right in this chapter, Exodus 33:11, that God would speak to Moses “panim el panim”, “face to face as one person speaks to another”. And regarding the leaders of Israel, at the conclusion of Parashat Mishpatim, “vayiru et Elohei Yisrael” (Exodus 24:10) “and they saw the God of Israel”.

Richard Elliott Friedman suggests that those texts in which seeing God is possible reflect the Northern Kingdom’s E tradition while in what became mainstream Judaism, the God of Israel was unseeable. Think of the words we sing at services, Yigdal, a restatement of Maimonides 13 principles of faith: “ein lo demut haguf ve-ein lo guf God has no image and no body” (nothing to see here folks). Instead, our insight into God comes from words, in particular the statement of divine mercy which God shares with Moses. “Adonai, Adonai El Rachum Vechanun”, “a God compassionate and gracious, slow to anger, abounding in kindness and faithfulness, extending kindness to the thousandth generation, forgiving iniquity, transgression, and sin. (Exodus 34: 6-7 abridged)” This is the most repeated formula in the Bible, found again in Numbers, Joshua, Joel, Micah, Psalms, Chronicles and Nehemiah. We heard it also over the High Holidays both in the Torah services, as on other weekday holidays, and in the Yom Kippur liturgy. It is this revelation of God’s goodness, God’s moral attributes, that is ours to grasp along with what Alter calls “the afterglow of the effulgence of God’s presence.” We recognize the hand of God only after the fact, as in the Joseph story or the book of Esther.

So why are we reading this passage on Succot, the time of our rejoicing, a seemingly inappropriate time to bring up the sin of the Golden Calf, the “ur” sin in Jewish thinking.

It is interesting to me that we have holidays for key events in the story of our ancestors, Passover, for the Exodus, and Shavuot, for the giving of the Torah. We might expect our third key festival to celebrate arriving in the land, but instead we have Succot, a joyous celebration of the journey, rather than the arrival.

So we are here with Moses, who is, still on the way, making his request to better know God. Here we are in our own lives, celebrating and yet seeking direction, hoping to see the signs of God’s presence, signs of order in the confusing pattern of our lives. We are celebrating the journey and learning to find joy even where our destiny is unclear.

Please fill out this form to share "Celebrating the journey | Chol Hamoed" via e-mail.