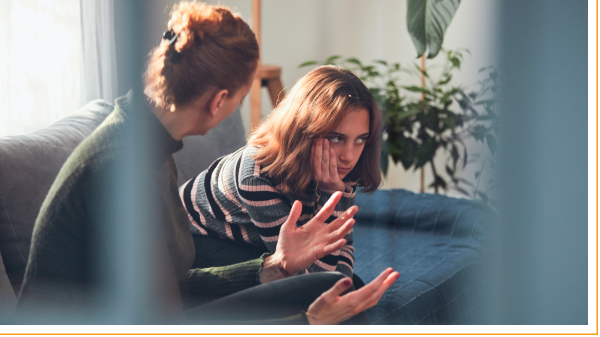 Parsha Ki Teitze, embedded in the context of the final speeches of Moses, entreating the Children of Israel to follow the laws of the covenant when they enter Canaan, contains no less than 72 of those laws. It covers a wide array of topics, some of which resonate strongly with us today and others which might leave us scratching our heads quizzically.

For example, the requirement to place a parapet around one’s roof (Deut 22:8) continues to provide the basis for many laws today that require health and safety codes to be observed when building. Today there are materials that cannot be used because they are known to cause harm, whether it be asbestos in our walls, lead in our paint, or the kind of cladding that led to the awful Grenfell towers fire in 2017 where 72 people died and more than 70 were injured. More directly related to the concept of the parapet, a friend of mine was recently injured after the handrail along a staircase wasn’t to code, leading to their tumbling down the entire flight. Thankfully they are healing well, but it is precisely these kinds of dangerous situations that the Torah tells us we are personally responsible for trying to minimize.

Less pleasing to the contemporary eye will be some of the laws regarding sexual improprieties, particularly as they pertain to women (see Deut. 22:13-29). While in their day, some of these precepts would likely have been understood to provide women with the basic protections of a home, today we would expect the agency and the voice of a woman to be considered in a wholly different manner.

What do we do with the laws that we find in the Torah to be abhorrent to us? Within the lens of a progressive approach, we understand our text to be a product of its time – born out of and reflective of an ancient tribal culture. The norms of that time are not the norms of ours, and so we engage with the text not as unchallenged directive, but as a starting place, identifying the timeless wisdom within it, or the ongoing human questions or behaviors that it offers insight into, without a wholesale adoption of all that we read.

However, if we take a look at the case of the stubborn and rebellious son, we find that challenging and rejecting an abhorrent text has been a very Jewish response for a long time.

Deut. 21: 18-21 states: If a householder has a wayward and defiant son, who does not heed his father or mother and does not obey them even after they discipline him, his father and mother shall take hold of him and bring him out to the elders of his town at the public place of his community. They shall say to the elders of his town, “This son of ours is disloyal and defiant; he does not heed us. He is a glutton and a drunkard.”  Thereupon his town’s council shall stone him to death. Thus you will sweep out evil from your midst: all Israel will hear and be afraid. (JPS, 2006).

Rashi starts out by trying to justify the law; it is because we know where this path will lead. In a rather dark ‘Minority Report[1]’ kind of way, he implies that we can predict what awful things such a child will do when he grows up. His attempt to justify the text is as bad as the text itself. Nachmanides offers a similar outlook. However, both are doing so in full knowledge of the Talmudic analysis; in the Babylonian Talmud, Sanhedrin 71a, we find that the law is parsed phrase by phrase, in such a way as to essentially nullify the law altogether. The verses say that both father and mother must bring the son, therefore the rabbis conclude that both must be in agreement. When they tell the elders that their son ‘doesn’t obey our voice’ the rabbis conclude that they must sound like each other and then go on to declare that they must look alike too! In the Mishnah, Sanhedrin 8:1-2, they also define the son almost out of existence. Based on the degree to which he has entered puberty, he only qualifies in the short span of time between which he may no longer be exempt from the commandments but has not yet taken on the features of manhood. As the parents must declare he is both a ‘glutton and a drunkard’ these terms are defined in such ridiculous quantities as to further put the case beyond the realm of possibility. Back in the gemara, a teaching is brought that declares ‘there never was a stubborn and rebellious son and there never will be!’ After apparently concluding that the only purpose of this text in the Torah is to study it, or perhaps to put the fear of God into a child who is disobeying their parents, Rabbi Jonathan seems to feel obligated to not leave the final status of the law as an empty threat and so he says, ‘I saw it once and sat on his grave.’

So often, when I begin to study the parsha with a young person preparing for b’nei mitzvah, or adults who are relatively new to Torah study, I find that they bring with them assumptions about the nature of Torah that seems to me to be drawn from the broader majority culture in which we live. Some Christian denominations, especially the more evangelical branches, present the Bible as an unassailable source. Truly God’s literal word. Not so with the Jewish relationship to Torah. We question and challenge. We can disagree vociferously with what we find there. When we look back at a case such as that of the stubborn and rebellious child and the ways that the early generations of rabbis handled an unpalatable law, we see that this is nothing new. When we challenge, reject or reframe we are, in fact, sustaining long-held traditions of engaging not blindly but deeply mindfully, with our texts.

[1] Minority Report – a 2002 movie, starring Tom Cruise, that imagines a police department that arrests people on the probability of the crime that they will commit in the future rather than one that has already been committed.

Please fill out this form to share "An abhorrent son or an abhorrent law? | Ki Tetze" via e-mail.