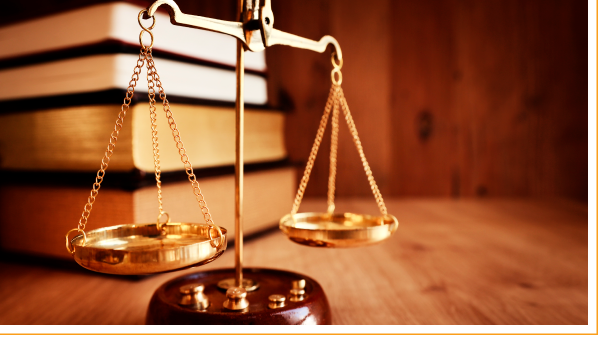 The Torah is an interesting and complex social, political and ethical document. Sometimes its demands (or rather God’s demands) seem downright mean-spirited, petty and incredibly chauvinistic. Every time we are commanded to wipe out some people that God fears will seduce us to sink into idolatry, or wipe out some conquered people, our modern sensibilities flinch and recoil. There is surely enough brutality, destruction and wanton violence in the Torah to satisfy the most discriminating horror buff and cause the weak of heart to shudder.

Then seemingly in the very midst of our foundational struggles wandering in the desert as we wrestle with the challenges of fashioning ourselves into a spiritual civilization that will become “the Jewish people,” we come upon Torah portions like this one – Shoftim. In it we find one of the most powerful, loftiest ethical commandments in all of human history. It is perhaps one of the defining moments of Biblical ethics, and its moral challenge seems to leap out at us across the generations, as if to highlight every ethical failure of our society in our own time. “JUSTICE, JUSTICE SHALL YOU PURSUE” (Deut. 16:20), is powerful, unequivocal, demanding and absolutely crystal clear. In fact, the pursuit of justice is such a central religious ideal in Judaism that the rabbis quote God as telling King David that his acts of justice and righteousness were more beloved to God than the Jerusalem Temple itself (Deuteronomy Rabbah 5:3).

“Justice” is what God demands of us. Period. And when the rabbis of Jewish tradition ask the obvious question, “Why is the word “Justice” repeated? Why wasn’t it sufficient for God to merely say, “Pursue justice?” They take up the ethical challenge with this thought:  God repeats the word “justice” in our portion, so that we will learn (in the words of Rabbi Simha Bunam), “In our pursuit of just and righteous ends, our means must also be just.”

Indeed, “Justice for the stranger” is not an easy issue for anyone. Perhaps that is why this week’s portion is called “Shoftim-judges,” and why it begins with the mitzvah of establishing courts of justice with judges and officers appointed to make decisions for the entire community. Our Torah seems to consistently strive to lift the level of society above and beyond our basest instincts to loftier and more exalted levels. That’s how I see the Torah this week as well.

The establishment of judges, officers, magistrates, courts and a judicial system is the Torah’s way of recognizing that the natural human instinct whenever we are perceived to be insulted, injured, or in any way attacked, is to attack back. In fact, it was quite common in the ancient world for acts of revenge and retribution for harm done either real or merely perceived, to be the cause of entire civilizations going to war against each other.

The brilliance of this week’s Torah portion is that it puts into the mouth of God the commandment to remove issues of “right” and “wrong” and civil injury from the realm of the “personal,” and places it into the realm of society as a whole. The impact of this is to diffuse most potentially volatile issues of civil unrest and personal discord and allow for the possibility of dispassionate examination of issues of justice.

My own teacher, the founder of Reconstructionist Judaism in America, Rabbi Mordecai Kapan taught, “He who hopes to make amends for violations of justice by giving charity is like an assassin who expects to go free because he paid the funeral expenses of his victim.” (Not So Random Thoughts, P.21) Kaplan’s ironic turn of a phrase calls upon us to recognize that the pursuit of justice is an integral, fundamental part of Jewish religious thought. It demands more than lip service or the service of one’s hand in writing a check. It enjoins each of us to work to transform society into a place where justice reigns as an inextricable quality of everyday civil culture.

The literal words that begin the portion are, “Judges and officers shall you make for you in all your gates.”  The Hebrew titen lekha, “shall you make for you,” can be read to teach that before we presume to pass judgment on others, we first must be willing to judge ourselves. As we live in this month of Elul, this month of self-examination that precedes the High Holy Days, perhaps this portion is perfectly placed.

This week is as good a time as any to follow the Talmudic suggestion, “First correct your own behavior, and then you will be able to correct the behavior of others.” (Talmud, Bava Metzia 107b) One of the most difficult challenges in life is to be able to see ourselves as we appear to others. To hold our own behavior up to the harsh light of the judgment of others takes real moral courage. Perhaps that is the hidden meaning of “Justice, justice shall you pursue.” We must be willing to judge ourselves as harshly as we naturally judge others. It is the same wise advice that we find in the Talmud in the tractate Avot (2:4) where it teaches us, “Don’t judge your friend until you have truly found a way to stand in his/her place.” Wise advice indeed for the month ahead.

Please fill out this form to share "The pursuit of justice | Shoftim" via e-mail.