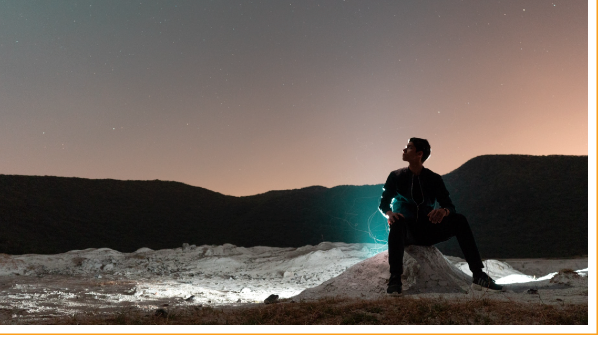 While this week’s Torah portion may engender only modest excitement, even for those who cherish biblical narrative, Emor has a special resonance for me.

Specifically, during my seminary studies, the “Senior Sermon” was an event that brought faculty, students and staff together to hear the presenter, after which those in attendance offered what one hoped would be a healthy and helpful critique. Each student received an assigned portion in alphabetical order. As a “Z”, my Sidra didn’t include the family dynamics and archetypes of Genesis or the imperatives in the timeless struggle for freedom that thunder throughout Exodus. In fact, in searching the HUC-JIR Klau library to familiarize myself with how previous generations of students unpacked the portion, I found a seemingly exclusive focus on the festival calendar (see Leviticus 23) as the focus for reflection. No surprise, then, I hoped to be different and, yes, creative.

So I focused my long-ago remarks on Leviticus 21:5, which declares “They [the Priests] shall not shave smooth any part of their heads.” At the time I sported a fulsome “Jewfro or Isfro.” However, deity must have a sense of humor as there “ain’t much ‘fro no mo,’” meaning I am familiar with male patterned baldness.

More to the point, the commandment indicates a priest has no need for what in English is called a tonsure. You may recall the many portrayals of Friar Tuck in the Robin Hood saga, which invariably present him with a rounded and permanently shaved portion of the scalp. The tonsure, perhaps, suggesting nothing – not even hair — should come between a servant of deity and the notion of so many traditions, at least metaphorically, to imagine the divine abode as above us.

Indeed, it is commonplace to presume that a priest somehow occupies a higher status than the rest of the community; however, I argued then and now that the point of this restriction may have been to make it less likely for one who served as a priest to conclude that he (alas, it was always a he) was different, better, more important and more holy than we common folk. After all, human nature and the priestly office could and did turn a position of responsibility into an expression of prerogative, privilege and, too often, corruption. While admittedly not the mainstream interpretation, I find further evidence in the lines which begin the portion as they forbid priestly “defilement” through contact with a dead person, permitting only close relative exceptions (Leviticus 21:1-3).

In brief, the text deprives a priest from participating in what Jewish tradition considers the highest category of commandment. The mitzvah even comes with a unique designation (deeds of chesed shel emet). Impossible to capture in translation, the phrase suggests an overwhelming degree of lovingkindness. I suggest that designation contradicts the notion that being in a cemetery, attending a funeral, helping the burial society defiles. On the contrary, such activities express and may convey exceptional holiness.

In my view, these restrictions confirm the assertion, one that liberal Judaism defined early in its history, to eliminate priestly appanage in order affirm a deeper imperative. Namely Exodus 19:6, “You shall be to Me a kingdom of priests and a holy people.” That means no one can do the essential work of holiness for us. The statement is nothing less than a revolutionary and unprecedented ideal. I believe it the ancient equivalent of Jeffersons eloquent, “All men [and women] are created equal.”

Putting aside a professional class of priests, how might we more fully embrace and express that Exodus job description for all of us?

And here we find a distinct approach that Jewish tradition offered the world and too many of us have given that gift away. To be clear, it takes no insight to recognize when we are present for an exceptional or extraordinary moment. We cannot but notice as it metaphorically slaps us and demands we pay attention. But the spiritual genius that Judaism offers is a path to recognize and celebrate that the common place, the mundane is also filled with wholeness and holiness. My formula goes like this: the aha is incredible, but the ho-hum is also aha!

In short, even if the language of blessings, of berachot is an exotic and infrequently visited locale for us, I urge consideration either to learn that vocabulary or adopt one’s own formula. For blessings offer a key for transformation, not only for that moment but also and much more vitally, in ourselves. If reluctant or unskilled with Hebrew, how about, as example, before beginning a meal take a moment to pause, to reflect, to consider,” I am about to participate in a miracle. Wow. Thank you. Amen.”

To conclude, that suggestion is but one of the countless daily experiences that are opportunities to express wonder. Why not just go animal-like to the feeding trough, and woof down the food? Rather, we pause to acknowledge the miracle, more precisely the miracles implicit in eating. To name just a few, (1) a sensual experience of taste and smell, which (2) provides energy to fuel the body as we integrate the fare, which leads to (3) wonder of wonders, our bodies will dispose of that from which we no longer derive benefit.

Such matters and more allow us to embrace the priestly nature in all, for in that work we find a path to make life not merely a sentence to endure, not even (as often desired) a saga filled with adventure, but much more essential and meaningful, that effort has the power to transform our days into a sacred pilgrimage.

Please fill out this form to share "Another Way of Seeing and Being | Emor" via e-mail.