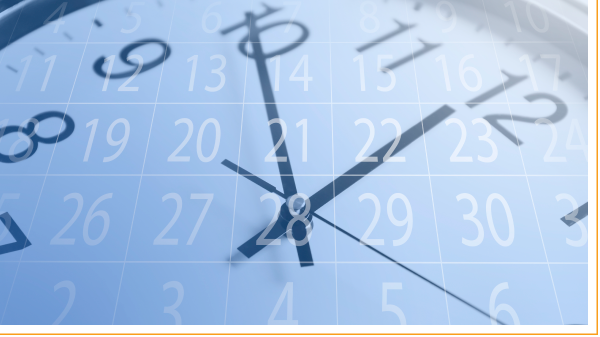 A few years ago, I tracked my daughter’s flight from the U.S. to Australia, and due to several directional shifts in the International Dateline just north of Samoa, the date changed four times in a few minutes. It was a new lesson of an old theme: time and place are related. That theme is especially strong at Passover, whose duration is affected by location, and by ideology.

The Torah ordains a seven-day festival, to which an additional day was added for the Diaspora. For two millennia, Passover’s length depended on location. The Reformers of Judaism eliminated that eighth day at the Breslau Conference in 1846, so Passover reverted for Reform Jews to its Toraitic seven days. So why did the WUPJ invite commentary for the eighth day of Passover?

Sometimes the calendar gets the last laugh: when the first seder falls on a Friday night – like this year- the seventh day ends the following Friday night, just as Shabbat begins. Those of us who observe a seven-day festival – whether as Israelis, or as Diaspora Reform Jews – are constrained from possessing hallah and other leavened products until Shabbat has begun, at which point acquiring them would be outside the spirit of Shabbat. Thus, we end up with a de facto eighth day of Passover when it isn’t.

For those observing an actual eighth day of Passover on Shabbat in the Diaspora, there is a special holiday Torah reading of Deuteronomy 14:22-16:17. In Israel, where it is no longer Passover, the reading returns to the weekly cycle, which this year is Aharei Mot (Leviticus 16:1-18:30).

What should Reform Jews in the Diaspora be reading on the Shabbat of April 22-23, 2022? There are four authoritative opinions, and other possibilities.

Rabbi Solomon B. Freehof instructed us in 1969 to “reread on that Sabbath the special reading of the holiday that we read the day before,”[1] so that the following week we are reading the same portion as our neighbors in the Diaspora. This repeated Torah portion from the seventh day of Passover is Exodus 14:30-15:21, which includes the Song of the Sea.

Rabbi A. Stanley Dreyfus taught in 1977 that we should read the next portion in the weekly cycle, but “in order to preserve uniformity in the reading of the Torah throughout the entire community, it is suggested that on these occasions, the sidra be spread over two weeks, one portion to be read while traditional congregations are observing the festival, and another portion to be read the following Shabbat.”[2] In other words, we might split up the portion and read it over two weeks, so that we are in sync with the rest of Diaspora Jewry.

In 1986, Rabbi Walter Jacob told us the seemingly simple answer would be to follow the Israeli cycle until the next double portion is reached. This year, that would be 15 weeks hence. While this might be suitable for those congregations that read the entire parasha, Rabbi Jacob also recommended splitting the portion over two weeks so as to be aligned with the other Diaspora synagogues.[3]

Prior to these teachings, it appears that following the Israeli lectionary was common practice. Indeed, looking back to my Bar Mitzvah reading in 1968, our synagogue followed the Israeli schedule, and I have continued to use that Israel-centered practice. At times, following the Israeli lectionary in the Diaspora was disconcerting to congregants who consulted a printed Jewish calendar, or read Torah commentary in the local Jewish newspaper, two sources not geared to Reform Jewish practice. And even the Reform practices were different from mine: they split up one week’s portion to put both feet in the Diaspora.

Fortunately, this is the last year I will have to worry about this problem. My wife and I have applied to make Aliyah to Israel, where there was never a question that Pesah is only seven days. “Next Year in Jerusalem” is for us not just a line at the end of the Haggadah, but our retirement plan. Pesah, celebrating the Exodus from Egypt and the beginning of the journey to the Land of Israel, is at the core of Judaism.

As much as Progressive Judaism’s ideology calls for a seven-day Passover, some acknowledgement of Diaspora status seems appropriate. It doesn’t seem right that living outside the Land of Israel should bring a reward of an extra day of rest and festivities to the holiday. Perhaps in the economy of late antiquity, a festival day meant a day without productivity, and without income. The additional day was instituted neither as reward nor punishment, but rather to ensure the correct day was celebrated. Today, though, we can toggle our calendars back and forth with a click, and as witnesses and participants in the rebirth of the Jewish State, using that calendar is not all that difficult.

Place, in Judaism, can dictate whether we are in holy time, or regular time. Even better, no matter what time it is, we can make our places holy.

Please fill out this form to share "The Time-Space Continuum: The Passover Version | Shmini shel Pesach" via e-mail.